Well, that was more stressful than it should have been.

Ireland have secured their first victory of the Stephen Kenny era, defeating Andorra 4-1 in a nervy encounter in the mountainous micro-state.

Despite coming up against the world's 158th best side, Ireland would find themselves behind in the second half. However, Troy Parrott would save Kenny's blushes and perhaps his job as well. A couple of late goals from Jason Knight and Daryl Horgan put some gloss on the scoreline.

Bazunu was completely untested in the opening half, but was found in no man's land for Andorra's opener. The goalkeeper completely misread the cross and allowed the opposition player to head the ball into an empty net.

That was the only time he was tested, although his distribution was decent at times.

Doherty did not offer the type of overlapping runs out wide that you would have expected in the first half. The attacking output that he made his name on was not present at all in this game, even if he had little to do at the other end of the pitch. 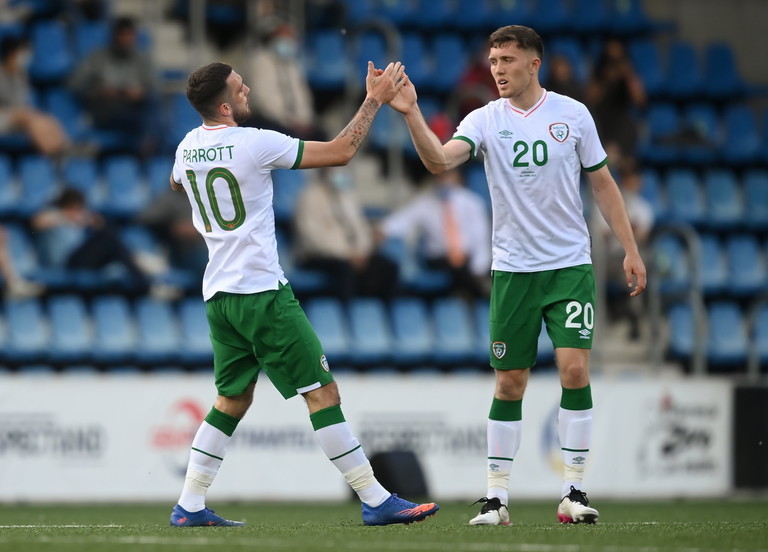 Assured in possession as Andorra pressed very high early on, O'Shea was not asked to do much in terms of defending.

He was dominant in the air and dealt well with any high balls that came into his zone of the pitch.

Egan was asked very few questions defensively, although Ireland would have liked to see him carry the ball out of the defence more often.

The Andorran goalscorer did look to run off the Sheffield United defender for their opener, although it was not his man.

Operate essentially as a left winger despite starting in the back four, McClean attempted to swing in a number of crosses in the first 45 minutes, most of which hit the first defender.

He also played a major part in the Andorra goal, leaving his man and attempting to play offside when no other member of the defence did so. Continued to work hard and was involved the moves leading to the first two goals, but was overall off the pace. That is understandable considering his recent injury issues.

Cullen had very little to do defensively but also didn't contribute much in terms of moving the ball forward.

Having put in some impressive displays for Ireland, this was not amongst his finest performances in a green jersey.

Attempting to drop deep to link the lines, Hourihane far too often failed to get the team moving up the pitch. His set-piece delivery also largely disappointed.

That being said, it was his excellent delivery that allowed Parrott to nod home the goal that put Ireland ahead.

In an otherwise opening period, Knight should have had an assist after laying the ball on a plate for James Collins.

He looked tired in the second half, but did very well to time his run onto the far post and score his first goal at international level. He returned the favour a few minutes later with a brilliant delivery for Horgan's goal. 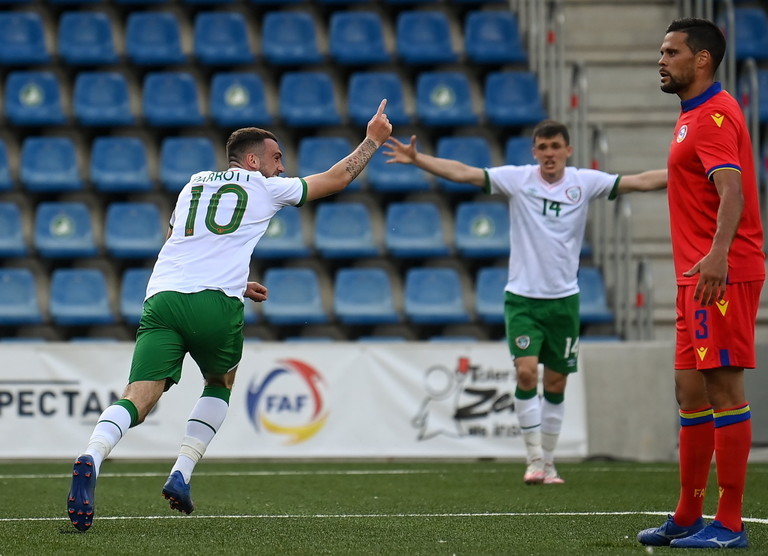 Attempted to drop into the space behind the Andorran midfield, he showed a couple of nice touches but didn't really affect the game in the opening period.

He was the only player to show a bit of initiative in getting Ireland back into the game, producing a tidy finish to get Ireland back on level terms. He was at it again a few minutes later, rising highest to nod home and give Ireland the lead.

The Dubliner would have an assist mixed in there too were it not for a shocking miss from Ronan Curtis. He was by far Ireland's brightest spark, especially in the second half.

Was a willing runner down the channels, but the soon to be Cardiff City player missed a golden opportunity late in this first half. When attempting to hold up the ball, it bounced away from him more often than not.

Came off just after the hour mark after making little impact.

Curtis was anonymous in the opening half, offering very little in forward areas. He missed an absolute sitter just after Parrott's opener, failing to connect with the ball at the far post.

A very poor afternoon for the Portsmouth man who was replaced after 65 minutes.

Idah attempted to get in behind after his introduction, although the increasingly deep Andorran defence made that a difficult task.

Did not have much of an impact, although he admittedly was not given a whole lot of time to do so.

Horgan produced a typically high energy display after coming off the bench. He produced an excellent cross to play Knight in for the third.

The Galway man then popped up a few minutes later to get a goal of his own, his first for Ireland. 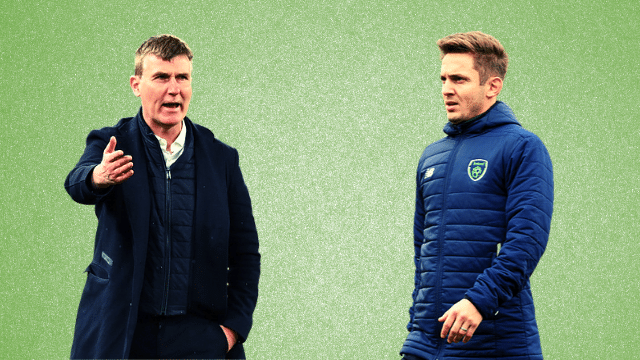