Ireland Player Ratings As Kenny's Side Draw Another Blank Against Bulgaria

What would we give for a goal right now?

Ireland have ended their UEFA Nations League campaign without a win after a 0-0 draw against Bulgaria tonight, although the result was enough to secure our place in League B.

However, we missed out on the chance to move into pot two for the World Cup qualifying draw.

Ireland created chances tonight, much more so than we have seen in recent games. Unfortunately, they couldn't convert them. their scoreless win now stretches to seven games, while Stephen Kenny is still waiting for his first win.

Here's how we rated the performances on a frustrating night.

Winning his 50th Ireland cap, Randolph made the one save that was needed in the first half. He was otherwise untested, showing a remarkable confidence on the ball that we haven't seen in years gone by.

Playing much higher up the pitch than in Wales, the West Brom had another decent night.

He did brilliantly to deal with a dangerous cross to the far post in the first half, stopping what looked like a certain Bulgarian goal. O'Shea played got forward frequently and set up a couple of chances for his teammates. 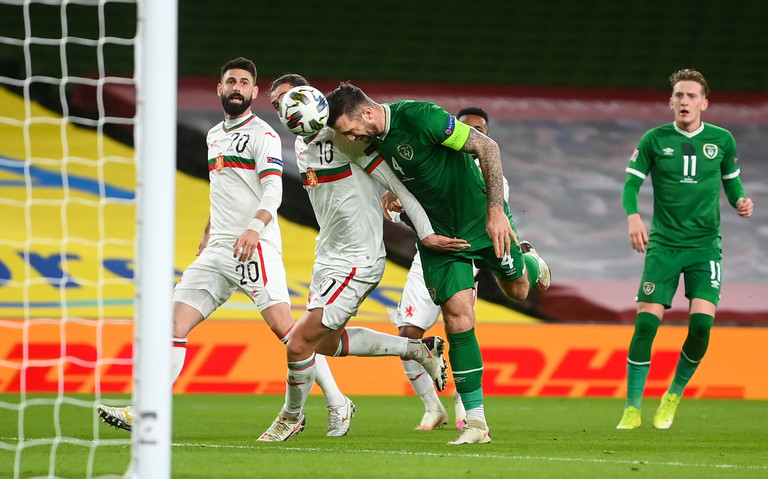 Gave the ball away cheaply on a couple of occasions early on, but Duffy otherwise defended quite well. As has become expected, he was a threat in the other box.

The Celtic defender made a heroic block in the second half to keep Ireland on level terms. He looked solid at the back having had a difficult spell recently.

Didn't have a whole lot to do in the opening 45 minutes, but dealt well with whatever came his way. Long wasn't afraid to step out of the defence with the ball when given the opportunity.

Put in a very stern challenge in the 20th minute, one that the referee thought long and hard about drawing a red card for.

Manning was caught out of position on a couple of occasions, although he did recover well. We would have hoped to see more from him going forward, but Ireland failed to get him the ball in advanced positions. On the occasions they did, his crosses were found wanting.

Hourihane often dropped deep in search of possession, but he usually failed to advance the team up the pitch after receiving it.

His lack of running power in a holding midfield role is a major concern, with opposition players breezing by him far too often. It seems difficult to find a place in the team for him if Ireland have a full squad to choose from. 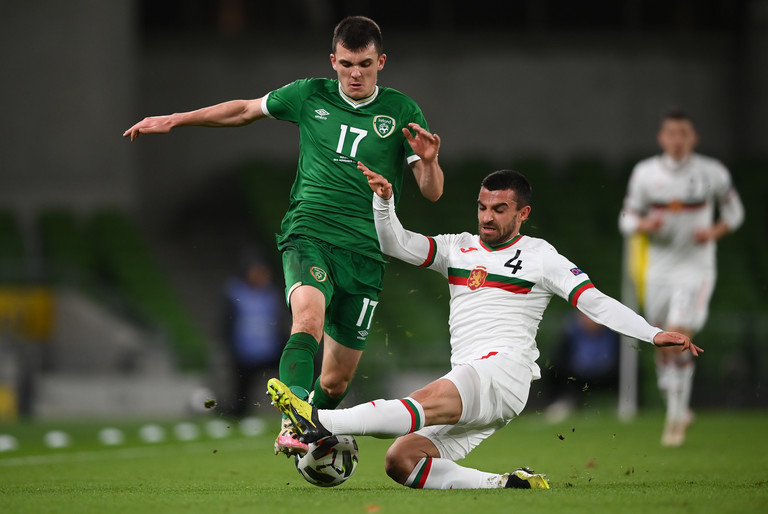 Almost played the away side in with a loose pass, only for Duffy and Randolph to come to the rescue. Other than that, it was a good performance. Knight tried to inject energy into the side but couldn't really get anything going.

He picked things up quite a bit after the interval, playing Ronan Curtis through with a delightful pass only for the Portsmouth man to fluff his lines. The 19-year old worked tirelessly all night and was arguably Ireland's best player.

Brady struggled to make an impact in open play in the first half, but he did cause some major problems with his set-piece delivery.

He seemed out of sync with his teammates more often than not, quite often misplacing layoffs and other first time passes. On a few occasions, this resulted in the breakdown of promising attacks. He did strike the crossbar from long range but was otherwise disappointing.

Curtis caused problems for Bulgaria when running in behind, almost setting up James Collins inside the first 20 minutes.

He missed a golden opportunity early in the second half, firing over the bar when he found himself one-on-one with the goalkeeper. Despite this, there were encouraging signs. 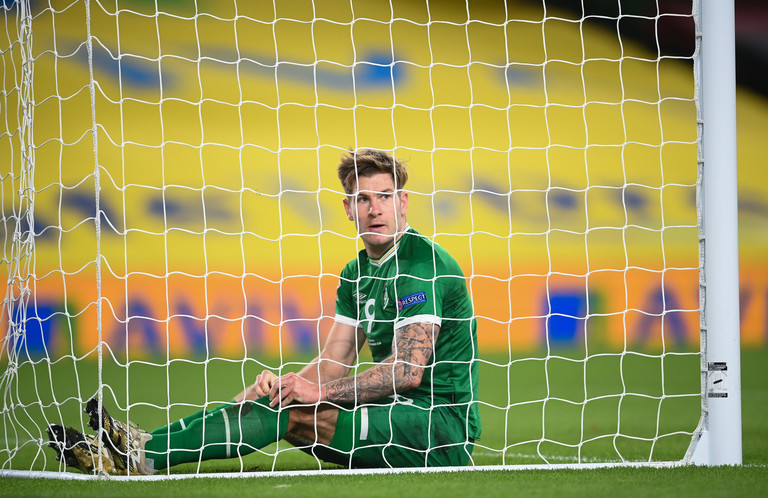 Came agonisingly close to opening the scoring with a header from a Brady free-kick, and was unable to keep his effort from close range a few moments later under the crossbar.

He was unfortunate when his shot from an O'Shea cross went just beyond the post early in the second half and looked like Ireland's most likely goalscorer all night.

Didn't offer much going forward in the opening 45 minutes, but tracked back well as Manning pushed forward.

In truth, he didn't offer any attacking threat at all. He was the first Ireland player replaced after 67 minutes.

Worked hard in midfield after coming on, breaking up a number of opposition attacks.

Certainly didn't shy away from the ball after coming on, Byrne tried to make things happen. You would have liked to seen him be given longer than 13 minutes to make an impact on the game.

SEE ALSO: Ireland 1993: Killing Each Other Like Maniacs And Football 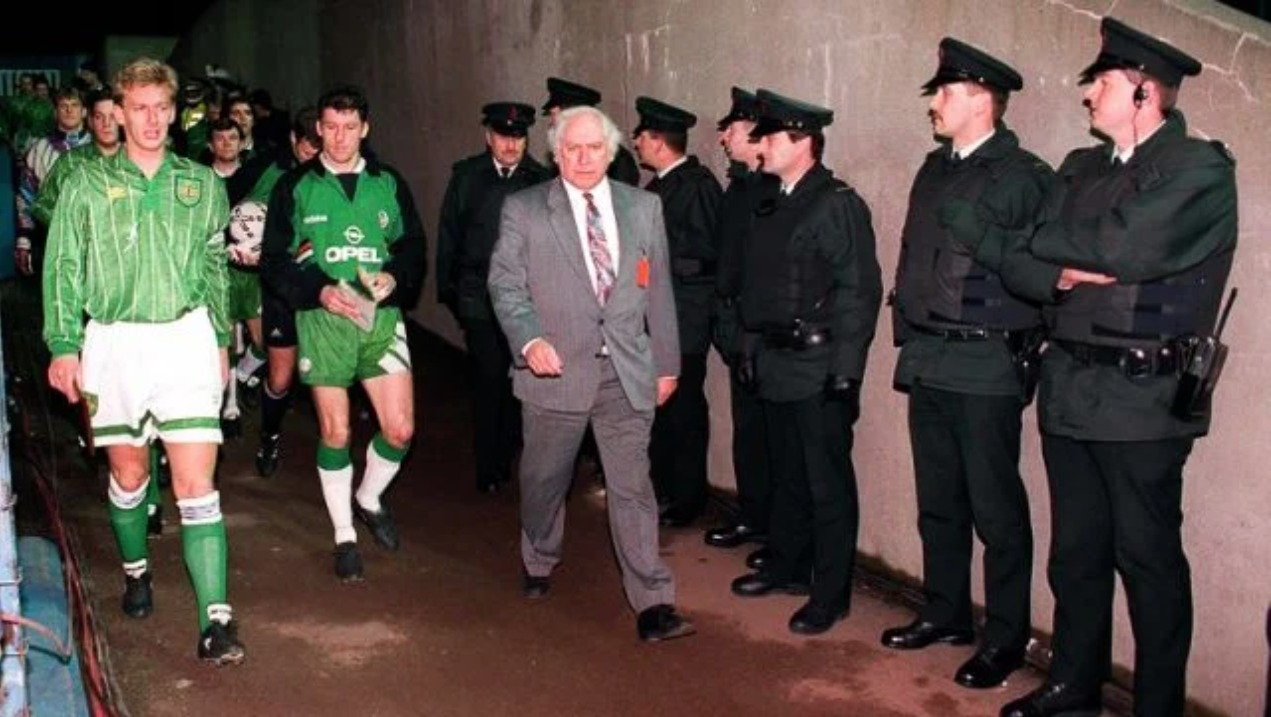