There were shoots of promise from Stephen Kenny's side tonight, with a late goal needed to secure a point in Bulgaria.

Ireland dominated the play in the opening half but failed to create many openings. This proved to be costly, with some very lax defending allowing Bulgaria in for the opener.

Ireland kept the ball better than we have become accustomed to, even if there was a lack of urgency in their play all over the pitch.

Ultimately, a brilliant piece of play from Robbie Brady and Shane Duffy made the difference late on.

Here's how we rated the individual performances on the night.

Obviously looking to play it out from the back, Randolph kept the ball on the floor at every opportunity. He was coolness personified on the couple of occasions the Bulgarians threatened to get in behind.

Could do little to stop the game's opening goal and wasn't really tested apart from that.

Doherty was very quiet in the first half, failing to put in the type of marauding performance we have become accustomed to seeing at club level. That was partly down to the lack of composure on the ball from those in front of him, with the Spurs man give few opportunities to get beyond the midfielders.

That continued in the second period. He will be hoping for better performances going forward. 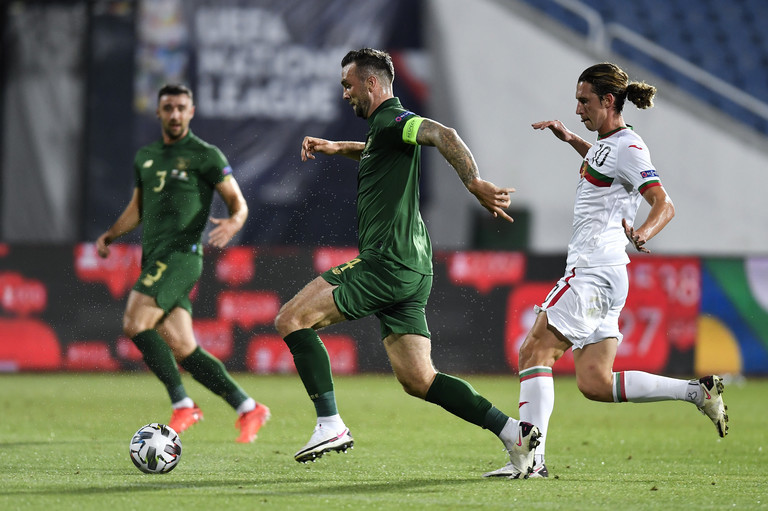 Attempting to dribble the ball beyond the halfway line inside the first minute, Duffy willingness to carry the ball into midfield was one of the most notable changes in this Ireland side.

It was difficult to excuse his defending on Bulgaria's opening goal, he was caught badly out of position for getting caught out of position and failed to recover. However, he made up for it with a fantastic header to secure a late point for Ireland.

Egan was asked very few questions in the opening period and wasn't really pressured whilst on the ball.

He continued to look comfortable throughout with the exception of the goal, although he wasn't helped by his defensive partner. Showed plenty of promise on the ball, something that will please his manager.

Drifting in from the wing to create space for Conor Hourihane to deliver crosses from out wide, the Sheffield United man didn't get on as much possession as he would have liked.

That changed somewhat in the second half, but he was offered few opportunities to get in behind a very deep Bulgaria defence.

Was asked to do little defensively in the opening period, with most of Ireland's play bypassing him by going down the wings.

Got on the ball more often early in the second half, but probably could have done more to prevent Bulgaria's opener. He was the first player to be replaced on 70 minutes as Kenny went more attacking.

Looked to drop deep and collect the ball off the centre backs, but also get out wide. The Aston Villa midfielder put in some beautiful crosses, although with little success.

He was probably Ireland's best midfielder on the night, although his influence wained somewhat late in the game.

Very sloppy on the ball at times and didn't seem to be operating on the same wavelength as the other players in the middle third. He did work hard but things didn't click for him.

Hendrick's final ball continued to let him down in the final third, something that needs to be addressed if Ireland want to break down opposition teams. 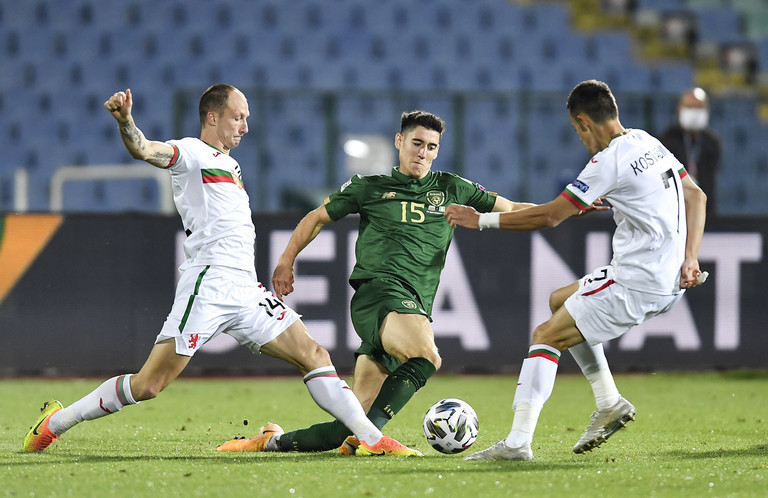 Drifted in-field to make space for Matt Doherty down the right, but lacked end product on the occasions he picked up the ball in good positions. Missed a brilliant chance just before halftime which could have been a key moment.

He got on the ball much less after the interval and consistently gave it away the few times he did. Was lucky to last 73 minutes.

Coming deep on a number of occasions in search of possession, Idah held the ball up well on the few occasions he received the ball early on. The Norwich striker was overeager at times, going in hard in the tackle and giving away a number of needless fouls.

He worked hard, but just couldn't get into threatening positions. Some encouragement for the youngster, but he will be hoping for better days ahead.

Ireland made various attempts to release Connolly in behind early on, but quality was lacking in the final ball. He missed a glorious chance after capitalising on some poor Bulgarian passing, blazing his shot beyond the far post.

He was Ireland's biggest threat going forward, but just couldn't find the breakthrough as the Bulgarian dropped deeper late on to deny him any space.

Brought on in a central midfield role that he hasn't played in for quite some time, Brady had a big impact after coming on.

After a couple of near misses, he provided a superb delivery for Duffy to score the equaliser late on. Should be given an opportunity to start against Finland.

Introduced with the hope of injecting some pace into the team, he did try to get the team playing late on.

We would have liked to see him given longer than 17 minutes.

Experienced the same difficulties as Adam Idah after his introduction, although he couldn't quite offer the same holdup play.

Football
1 week ago
By Balls Team
'Darren's An Experienced Goalkeeper, But He Doesn't Play Week In, Week Out'
2

Football
6 days ago
By Gary Connaughton
A Friendly Loss For Ireland Next Month Could Have Massive Repercussions
Football
1 week ago
By Balls Team
'Darren's An Experienced Goalkeeper, But He Doesn't Play Week In, Week Out'
Football
1 week ago
By Donny Mahoney
The Depressing Stat That Captures The Extent Of Ireland's Goalscoring Woes
Popular on Balls
Hurling
12 hours ago
By Dylan Ryan
Mouth-Watering Level Of GAA On TV This Weekend
GAA
15 hours ago
By PJ Browne
'We’re Travelling Alone, The Best You Can Do Is Call Somebody On The Hands-Free'
1

The Rewind
15 hours ago
By Donny Mahoney
The Rewind Recommends: These Five-Star Irish Politics Gaming Reviews
5