Ireland were always going to be up against it at Wembley this evening, but the way in which they failed to make any impact on the game will be a worry going forward.

The 3-0 scoreline in no way flattered England, with Ireland failing to show any real intent until the game already over. In summary, it was very poor.

Here's how we rated the individual performances on the night.

Gave an England an opportunity early on when he misjudged a cross, but reacted brilliantly to save Saka's shot. However, Harry Maguire would nod home from the resulting corner.

He could do little to prevent the English goals, not really being tested apart from that despite the pressure. At least we will always have that Cruyff turn. 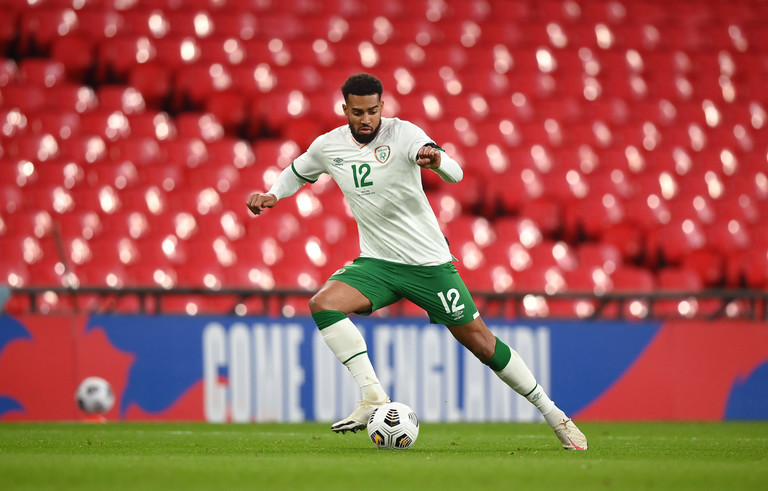 Was tested early on as the majority of England's play came down that right flank and did reasonably well. He performance deteriorated as the game went, culminating in him being baited into bringing down Saka for the penalty early in the second half.

He was replaced by Kevin Long on the hour mark.

Didn't cover himself in glory for England's opening goal, failing to deal with the aerial presence of Harry Maguire. He made up for that somewhat with a potentially goal saving intervention via a block on Calvert-Lewin, but he continued to struggle.

The truth is, Maguire easily could have had a hat-trick of headers.

While Ireland supporters will have hoped that Duffy would perform at his usual level, he looked like a player well short on confidence after a difficult spell at club level.

Egan made one excellent clearance early on, but he was forced off inside the first 15 minutes after he collided with Conor Hourihane while defending a corner.

Playing in an unfamiliar left back role, Doherty dealt incredibly well dealing with the threat of Jadon Sancho.

He also got on the ball often, even if it was not quite in the advanced areas that he would have hoped for. In all, England got very little joy down Doherty's side of the pitch throughout. He was probably Ireland's best player on the night. 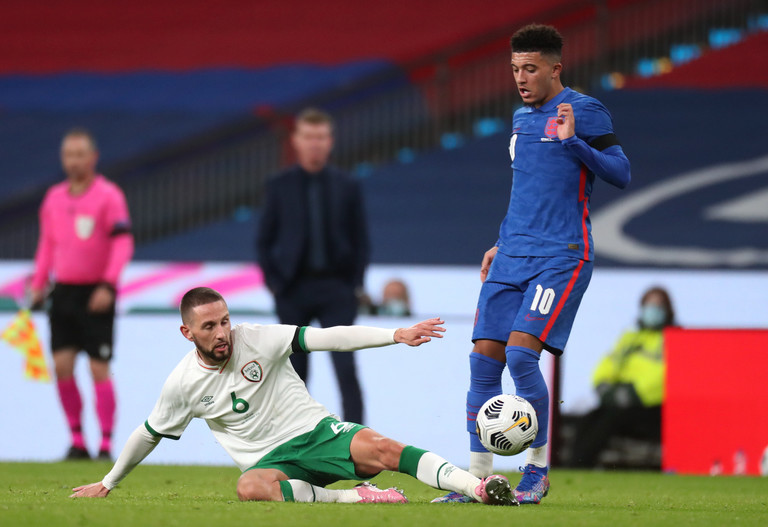 Had a few wayward passes early on, but was otherwise fairly comfortable on the ball. He was forced to sit deep, but didn't press with the intensity required when the ball came into his proximity.

Didn't have the opportunity to impact the game from set-pieces.

The Newcastle man had a bright start to the game, showing well for the ball. However, he had to do better to close down Sancho for England's second goal.

Hendrick moved the ball quickly whenever he got it, not being guilty of holding onto it in the manner he has been in the past.

Browne had very little impact, with only a couple of fleeting contributions in the opening 45 minutes. That is understandable considering the pressure Ireland were under, but it was noticeable how the game seemed to pass the Preston man by.

He did improve a bit in the second half and was the one who had Ireland's first shot on target, coming in the 72nd minute.

Looked lively at the start of the game, attempting to run at the England defence, getting in behind on a couple of occasions.

Unfortunately for the Wycombe player, he had less and less influence as the home side began to control the tempo of the game. Despite this, he was Ireland's biggest threat in attack. 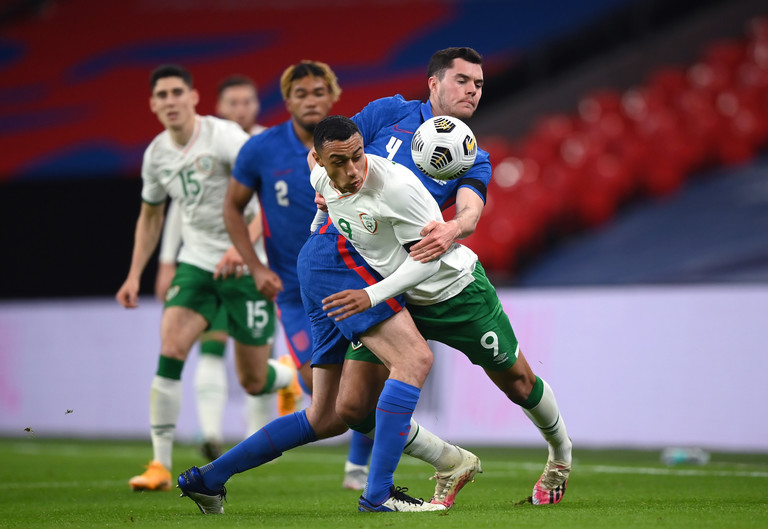 Idah was isolated throughout the first half, tackling three centre backs by himself and being forced to drop deep in order to get on the ball. That resulted in the striker being out of position on the couple of occasions the ball did come into the box early on.

It was a thankless job, but Idah worked hard and had some nice touches at times.

O'Dowda was forced to do more defending than attacking in the first 45 minutes, doing well to block off Jack Grealish at one stage.

He didn't really get on the ball, with very little attacking threat coming down the left flank up to his substitution on the Irish mark.

Brought in early on after Egan's injury, O'Shea defended well after his introduction. He was comfortable on the ball, although he perhaps did look to go long a little too often on occasion.

He was exposed a little bit more often after being moved to right back, but the West Brom can be fairly happy with his own performance despite conceding three goals. 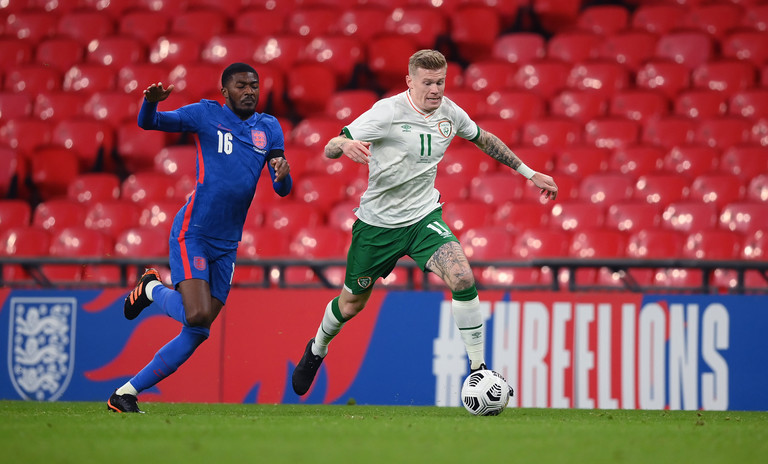 McClean had little opportunity to impact the game going forward, but he did work off the ball in the manner we have come to expect.

The couple of crosses that he did swing in were excellent, with Duffy coming close to netting late on.

England's intensity in attack seemed to drop off a bit in the closing stages, meaning Long wasn't quite asked to as much as his teammates were in the first 60 minutes or so.

On the couple of occasions the opposition asked questions of him, he did well.

Brady pressed well after coming on, keeping the ball well when it came down his flank. However, he didn't really threaten in attack despite the fact that Ireland during had their fair share of the ball during this period.

Playing in a central role after his introduction, he injected a bit of life into the team after coming on. He had an excellent run in the last ten minutes, beating a couple of English defenders before testing Dean Henderson with a long-range effort.

Molumby pressed in midfield in a manner that we didn't really see prior to him coming on, also contributing in attack. He was the one who set up Alan Browne's chance, while he also played a major role in Curtis' strike a few minutes later. 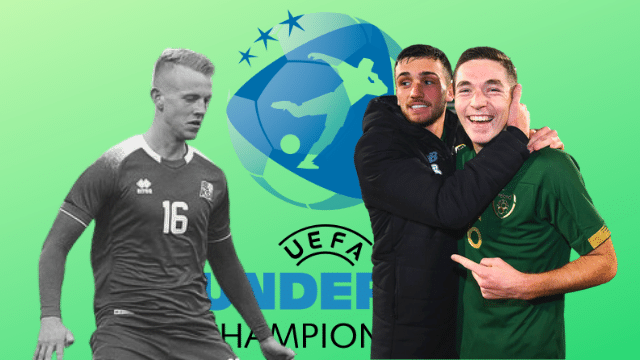