Considering how this campaign started, ending it with a barnstorming 3-0 win away from home is a hell of a turnaround for Ireland.

Stephen Kenny's side struggled at times in Luxembourg, but they flicked a switch after the hour mark. They would go on to produce some stunning football, scoring three brilliant goals to run out comfortable winners.

Here's how we rated the performances on the night as Ireland ended their qualifying campaign on a high.

His first involvement in that game was pulling off a miraculous save to stop Luxembourg taking the lead after 20 minutes, producing one of the finest saves you are ever likely to see.

He would make an equally important save from Rodrigues in the second half to keep the game, allowing his teammates to go and claim the three points.

Coleman was not asked many questions in the opening 45 minutes, although that did change for a time after halftime. He coped with it well, before Ireland took a bit more control in the game after the hour mark.

His ability on the ball is a big bonus in the back three. 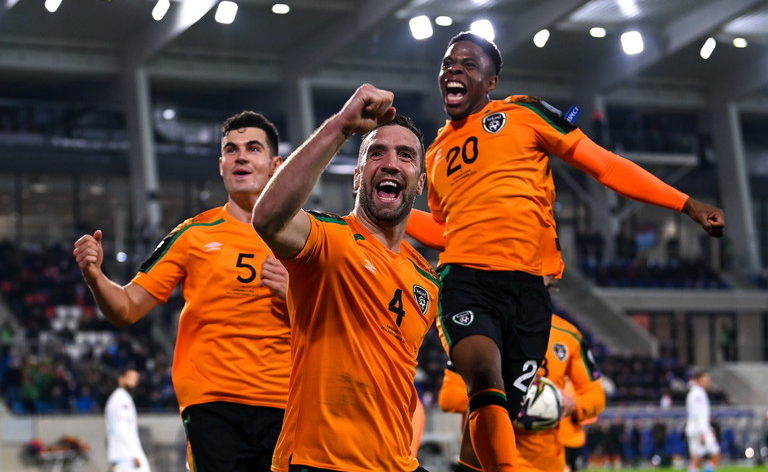 Duffy had little to do in defence after Luxembourg's initial early surge, although he was forced into one brilliant tackle towards the end of the first half.

His passing was not quite as crisp as it was in the Portugal game, including one occasion where a misplaced ball forward gave a golden opportunity to the home side only for it to be squandered.

The Derry man had little joy in the opposition box for much of the game, but he made up for with his header to give Ireland the lead.

Came agonisingly close to opening the scoring just before the interval, but his header was well saved by Schon.

His comfort in pushing high up the pitch and keeping the ball moving was important for Ireland, especially as they came under pressure at times in the second half. Another very good performance.

Doherty didn't have quite the impact you would have hoped for going forward in the opening half, although he did put in one or two good deliveries at stages.

His influence grew a bit more after the interval, with the wingback providing a calming influence whenever he got on the ball. With every game Ireland play, it is looking more and more like he is the key man in the side going forward.

Got caught out in behind on a couple of occasions early on, but soon gained his composure. He pushed right up on the Luxembourg players, although this did leave Ireland vulnerable at times.

McClean's final ball did let him down on occasion, although he played a big role in lifting the team when during their dodgy period in the second half. 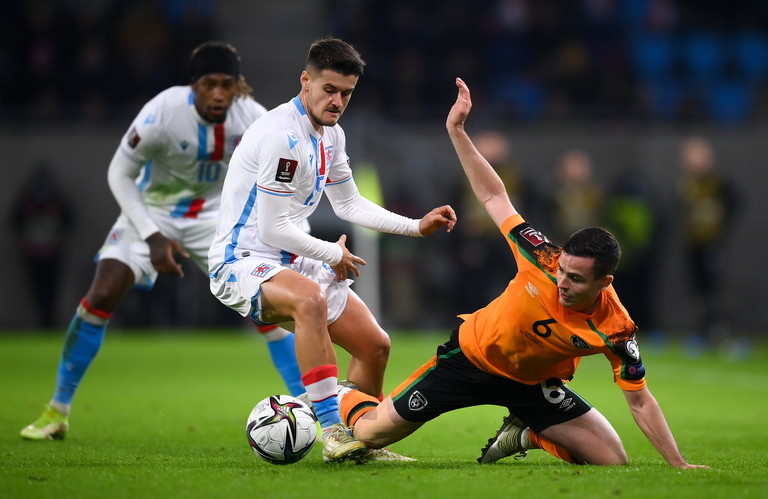 Cullen was not quite as energetic as usual in the first half, with Luxembourg finding space to attack in the middle third on occasion.

He improved greatly in the second half, with his delivery for Shane Duffy's opener absolutely sublime.

Hendrick continued to look tidy on the ball, but the game did seem to pass him by on occasion. This issue became worse in the second half as the home side imposed themselves on proceedings just after the interval.

However, he did play better as Ireland began to have more of an influence on the game. His pass in behind for Knight on the second goal was exquisite. 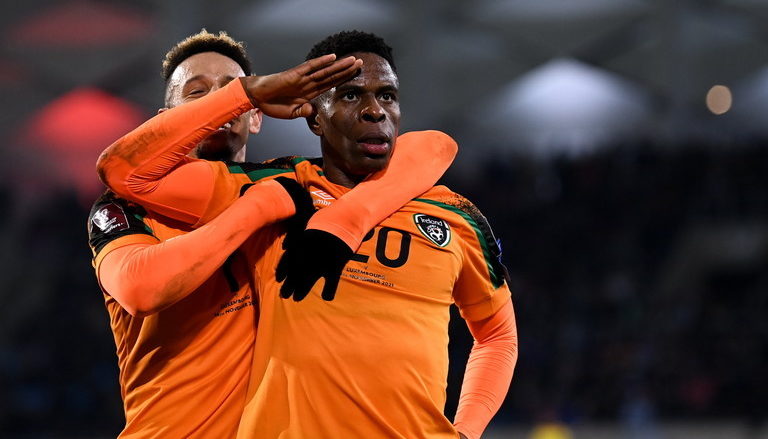 Ogbene picked up right where he left off on Thursday night, constantly threatening the opposition defence by running in behind. He almost set Robinson up for the opener but the striker's shot was well saved.

He was equally as impressive in disrupting Luxembourg from playing out from the back, producing a couple of opportunities for Ireland as a result. He got his reward in the second half, getting on the end of a brilliant team move to double the team's lead.

The 24-year old has to be in the team moving forward.

Came very close to opening the scoring inside the first ten minutes, with his half volley brilliantly saved by the Luxembourg goalkeeper.

He was otherwise quiet in the game, not quite having the impact we have seen from Robinson in recent games. The forward had a golden opportunity to score a third for Ireland but could not convert. However, he would not miss the opportunity was presented a few minutes later.

Idah often dropped deep to leave the space in behind for Ogbene to operate in, and while he came close to getting on the end of crosses on a few occasions, the striker did not contribute enough in and around the box.

He would be replaced just after the hour mark by Jason Knight.

Brought on to add a bit more energy to the Irish midfield, Knight immediately added something after his introduction. The team certainly looked more balanced, with the Derby County player winning the free-kick that led to Duffy's opener.

He would also assist for Ogbene's goal, timing his run perfectly and producing a beautiful pull back for his teammate. His second assist of the night was equally impressive, showing remarkable vision to square the ball to Robinson.

One of the best Ireland cameos we have witnessed in a long time. 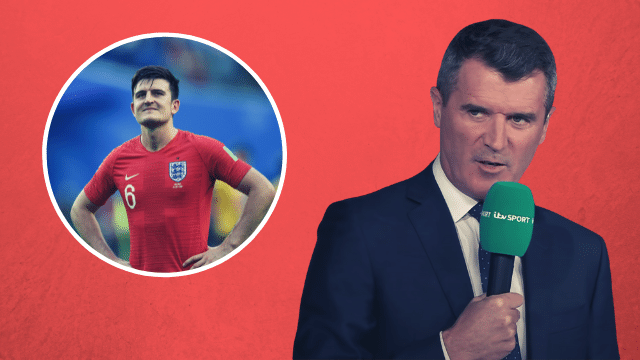