At least we have another shot at qualification. In truth this wasn't a terrible performance from Ireland, but they just came up against a better team.

They passed the ball much better than they did in Tbilisi, even if they did not create many clear opportunities.

There were signs of encouragement to take into the Denmark game. We're still alive. 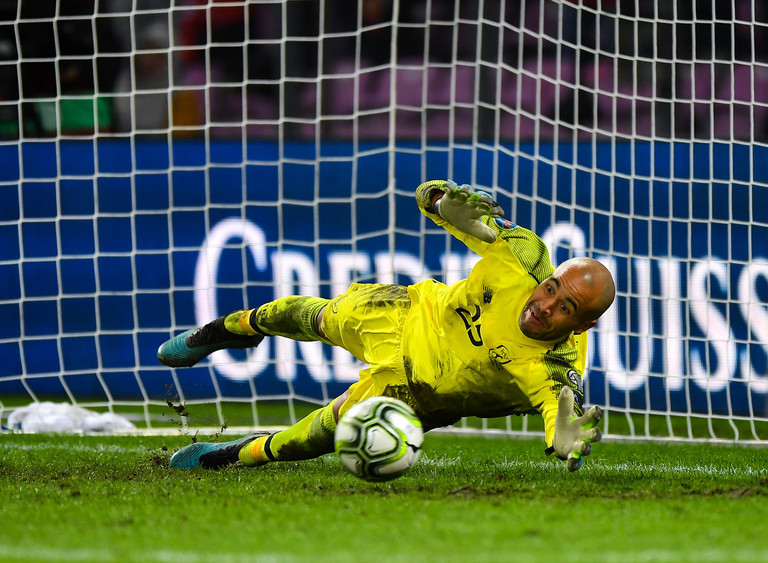 Could do little for the Swiss opener, having made a good save a few minutes before that. Pulled off a wonderful reaction save to keep Ireland in the game at the start of the second half, before producing a cracking save for the penalty.

Brilliant performance, in which he didn't deserve to concede a second.

Got his head on everything early on, but his positioning was a little suspect at times early on. He could have closed down Seferovic better on the opening goal, however he grew as the game grew on.

As is often the case, he was Ireland's main attacking threat.

Sturdy at the back, Egan wasn't afraid to take the ball down and pass it out of the defence. He made a number of vital interventions and put in an all-around excellent display.

It's mad to think he wasn't in the team until the last game. He brings a new found calmness to the Ireland backline. Absolutely superb.

Stevens started in a back three, but reverted to left back just after the half hour mark. Stevens linked well with McClean down the left, but was not afforded the space to get forward down the flank.

Solid defensively, but we have yet to see him sparkle in an Ireland shirt.

Was anonymous in the first half, but probably wasn't helped by the continuous changes in team shape. Coleman was very ponderous in possession, and he continually gave the ball away.

Offered very little going forward, and his night was capped off with a second yellow card with 15 minutes to go. His worst Ireland performance in memory. 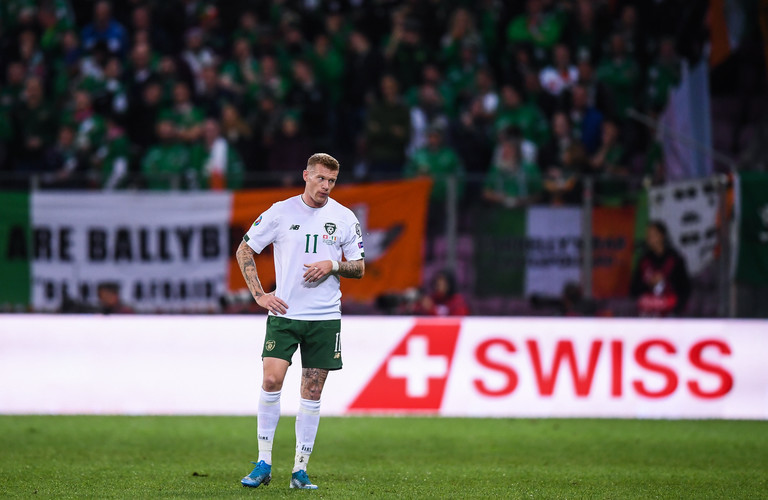 Perhaps better suited to a left wing back role, where he can pick up the ball in a deeper position. That didn't last too long, as he was moved back to a more familiar role out wide in the first half.

McClean was much improved tonight as he took the simple option instead of trying to it all himself. Almost got a couple of balls at the back post, but came up just short.

Whelan should have done better for the Swiss opener, allowing himself to be easily beat in the air. Despite this, he grew into the game as it went on.

He broke up numerous Swiss attacks, and tried to get Ireland playing. His legs started to go towards the end.

Could have had a tap-in in the first half if Collins didn't take it off his head. Otherwise he struggled to link the play once again, and was often outrun by the Swiss midfield.

Hendrick is capable of so much more, which is what makes this type of performance so frustrating.

Linked well in the middle third at times, Browne tried to keep the ball moving. However, he let the game pass him by for much of the opening period.

He improved slightly in the second half, but didn't get on possession enough. 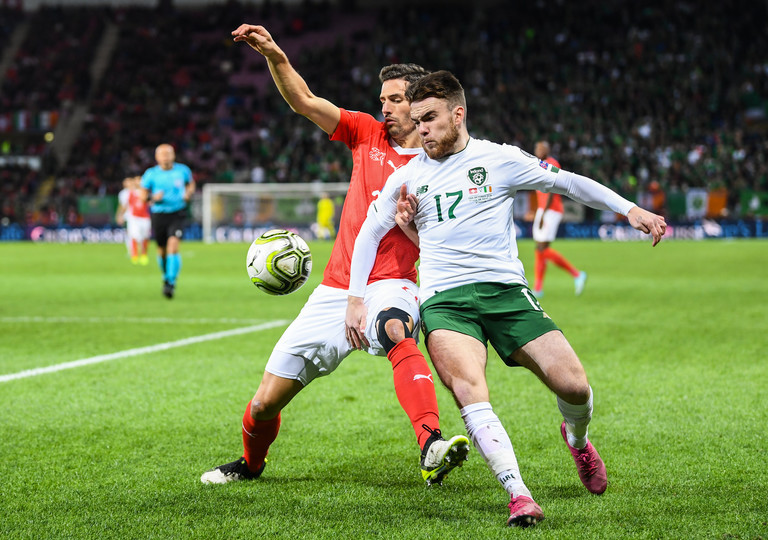 Did a fantastic job at winning free-kicks despite being isolated from his teammates early on. Connolly was a real live wire up front and showed some beautiful linkup play, rarely giving the ball away. However, the Swiss soon seemed to get him under wraps.

He was well marshalled in the second half, but it was still a bit surprising to see him hauled off for Scott Hogan with 20 minutes to go when Ireland needed a goal.

Worked hard, but had little impact. He was moved to the left of midfield around 35 minutes in, a move which summed up his first half. Had a good chance just before the halftime whistle when he probably should have squared it to Jeff Hendrick.

Substituted at the interval.

Made an instant impact after coming on, completely changing the dynamic of the Irish attack. Switzerland soon targeted him, but he continued to try and make things happen.

Definitely made a case to start against Denmark.

Hogan was given little opportunity to do anything of note, but showed some nice movement at times. Would have been a major help had McCarthy put on another striker to play alongside him.

SEE ALSO: Here's How The Ireland U21s' Group Is Shaping Up After Loss In Iceland