Aaron Connolly came in for some criticism after Wednesday's loss to Portugal, most of which was very harsh.

It was true that the player did miss a couple of decent opportunities. However, his movement was excellent throughout and he should have been awarded a penalty when he missed a chance at a stage in the game when Ireland had a chance to go 2-0 up.

In saying that, his sharpness in front of goal is lacking somewhat. That may only return with consistent playing time, something that is no guarantee at Brighton at the moment.

Connolly has yet to start a game this season and has struggled to nail down a consistent place in the first XI under Graham Potter. One former Ireland player thinks the player may have to move elsewhere if he is to further his international career.

Speaking on 2fm's Game On, David Connolly said that the Galway man should consider leaving the club in search of more playing time.

I think it’s tough because I saw Aaron come on against Watford, I was at the Amex working on the game. He had a decent chance in that game which he should have taken as well.

His issue is that he’s not going to start for Graham Potter, I don’t think. I think Graham likes him but I don’t know if he is going to start him regularly enough.

I think he, at some point, will have to move to get the game time. The chance he missed against Watford was not too dissimilar to the one he missed (against Portugal).

I know there might have been a little push in the back but maybe he could have pulled the trigger, you cannot replicate game time and match sharpness.

Not everyone is a (Cristiano) Ronaldo and certainly when Aaron is playing and he is fit and he is playing week, in week out, he could be Ireland’s goal-getter.

It’s going to be very difficult for Stephen to keep picking him when he’s not getting game time.

That’s the challenge and it will always be the challenge, finding the next Robbie Keane, someone who is going to be playing regularly, scoring goals. That is a huge issue.

At 21-years old, Connolly still has plenty of time on his side to become the type of player his potential suggests he could be.

In saying that, these next couple of years will be hugely important for his development. He can't afford to spend them sitting on the bench. 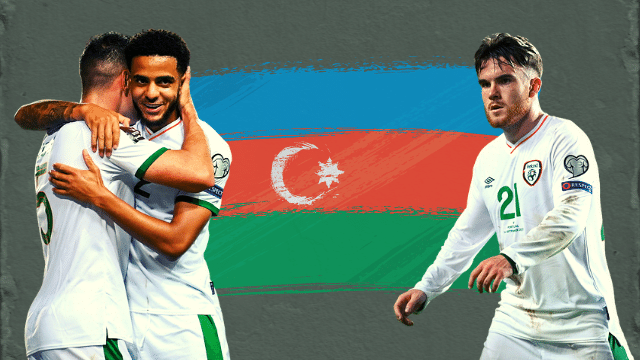