Anthony Stokes has agreed a three-year deal at Championship side Blackburn Rovers, according to The Express.

The Ireland international had fallen out of favour at Celtic, having spent the last six months on loan at Scottish Championship side Hibernian, where he wrote himself into the history books, scoring twice in their Scottish Cup final against Rangers, helping secure Hibs their first silverware since 1902.

Dubliner Stokes was released on loan by then-Celtic manager Ronny Delia after criticising the Norwegian on Twitter for not including him in a squad to play Inverness Caledonian Thistle. 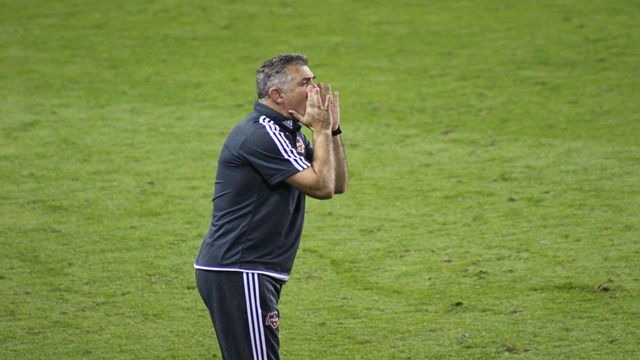 When Brendan Rodgers arrived at Parkhead this summer to replace Delia, he wasted no time in releasing Stokes, despite the fact that Celtic had an option to retain him for another year.

Stokes, who has played for Ireland nine times, scored 58 times for Celtic in 135 appearances.

He will team up with fellow Ireland international Owen Coyle (pictured above) - the manager at Blackburn - who is also rumoured to be interested in former Sunderland and Swansea striker Danny Graham.

The combination of the three-year contract and the chance to work with Coyle were sure to be tempting to Stokes - who wasn't short of options. QPR, Nottingham Forest and Leeds were all chasing the 27-year-old striker but the lure of Ewood Park has proved to be too strong.

Football
2 weeks ago
By Eoin Harrington
Tony Mowbray Gives Heartfelt Answer When Asked About Blackburn Future
Football
3 months ago
By Jonathan Byrne
Irish Centre Backs Make WhoScored Championship Team Of The Month
Football
9 months ago
By Andrew Dempsey
Report: Norwich City To Include Adam Idah In Deal For Other Player
Previous Next