Stephen Kenny Has Named His Ireland Team To Face Bulgaria

Stephen Kenny has named the Republic of Ireland team to take on Bulgaria at the Aviva Stadium this evening, handing out one international debut.

The Ireland boss has made five changes to the team that lost to Wales on Sunday, with the likes of Matt Doherty, James McClean, Jeff Hendrick, and Jayson Molumby unavailable for this one.

Ryan Manning will earn his first Ireland cap, while Jason Knight has been handed a first start at senior international level. Despite the lack of midfielders in the squad, there is still no start for Jack Byrne.

Ronan Curtis and James Collins will also start for the first time under Kenny.

Troy Parrott, Jack Taylor, Aaron McEneff, and Graham Burke have all been included in the 23-man matchday squad.

This is an important game for Ireland. They need at least a draw to avoid relegation to League C of the UEFA Nations League, while a win is required to have any chance of securing a spot as second seeds in next month's 2022 World Cup qualifying draw.

Stephen Kenny is also on the hunt for his first win as Ireland manager, while the team have gone a record-breaking six games without a goal.

Hopefully that run comes to an end tonight.

SEE ALSO: Hourihane Calls For Perspective As Football Is Played Amid Pandemic 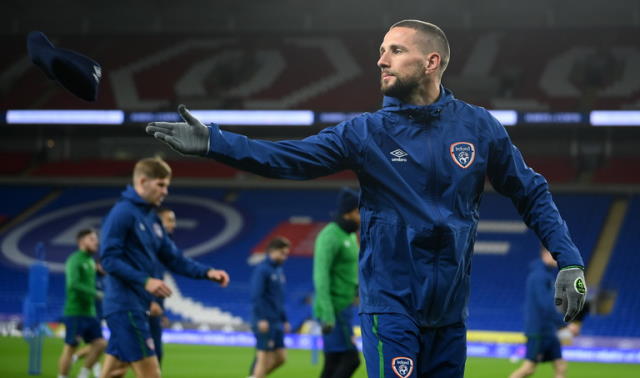