Liverpool's Caoimhín Kelleher had been expected to start in goal after impressing when given the opportunity at Anfield last season, but Kenny has instead opted for a fourth consecutive start for Gavin Bazunu between the sticks.

After opting for a back four against Andorra, Kenny appears to have reverted to a back five for this game, with James McClean again lining up on the left-hand side of defence at left wing-back. Shane Duffy comes into the side to line up alongside Dara O'Shea and John Egan.

Josh Cullen, Conor Hourihane and Jason Knight all retain their spots in midfield from Thursday's win, as they form the midfield 3 in a 5-3-2. Up front, Norwich's Adam Idah starts for his country for the fifth time alongside Troy Parrott, as Ronan Curtis drops out of the starting eleven.

Irish fans may be disappointed to see youngsters such as Chiedozie Ogbene or Ryan Manning miss out, but the changes to a back five and the inclusion of Idah are sure to go down well.

Kenny finally got his first win as Ireland manager against the micronation of Andorra last week, but his side will face a tougher task in Budapest this evening. This will be Hungary's last warm up game before the Euros, and their place in the "Group of Death" with Portugal, France, and Germany means that they will want to build up momentum ahead of their first game next Tuesday.

Kenny has picked a somewhat underwhelming side for tonight's game, but after picking up his first win last week perhaps stability is the way to go. Here's hoping this Ireland team can get the job done against Hungary.

SEE ALSO: Quiz: Name Every Nation The Republic Of Ireland Has Played Against 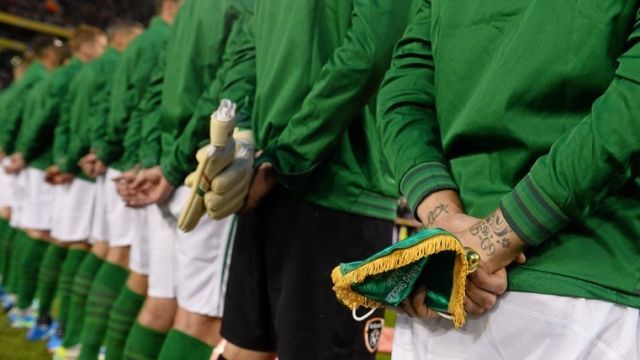