Going four games without a win to start your stint as Ireland manager is far from ideal for Stephen Kenny. That is especially true when one of those games was a Euro 2020 play-off.

This afternoon's clash with Wales was a repeat of many of the problems we have seen from this Ireland team not only in the last month or so, but in the last number of years.

Ireland are a team that struggle to put the ball in the back of the net. That is a long-established issue, especially since Robbie Keane's retirement. It reared its head against the Welsh once gain. For all of the good worked the players did to get into the final third, any attempt to break down that last line of defence was usually futile.

They did make a few chances. Robbie Brady came close in the first half with an effort from the edge of the box, while Shane Long missed a glorious opportunity in the air just before the hour mark. Daryl Horgan also could have found the back of the net late on.

It should be pointed out that this was a second string front line for Ireland, with the likes of Aaron Connolly, David McGoldrick, Callum Robinson, Adam Idah, and Callum O'Dowda all absent. Although it must also be said that they have also fallen brunt to the same failings. 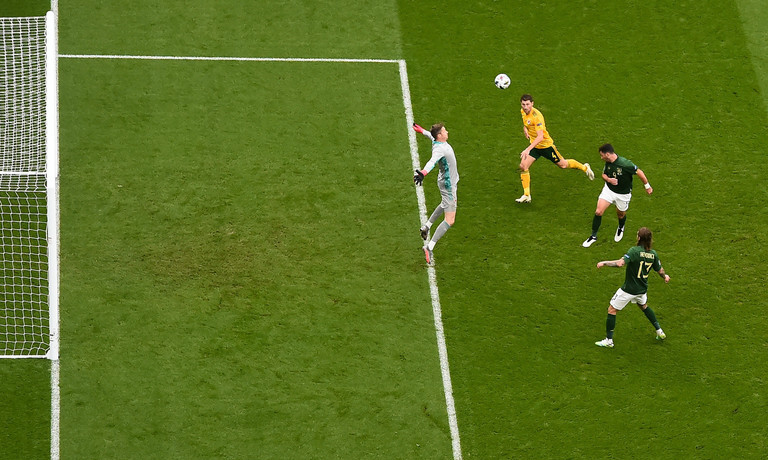 There were a number of positives to take.

The defence was solid today, perhaps more so than in any other game of the Kenny era. That was even true after Matt Doherty stepped in at centre back after Kevin Long was forced off due to injury. Barring a bit of pressure late on, they were never really troubled.

Ireland also kept the ball very well throughout. The passing was excellent at times, and they transitioned very well through the lines when Wales offered them space. Robbie Brady always looked likely to make things happen, especially in the opening period.

Jayson Molumby was a big addition to the midfield. One of the few criticisms that could be levelled at Ireland after the game in Slovakia is that they lacked intensity in the middle third when out of possession. The Brighton man instantly solved that issue, injecting a huge amount of energy and pressing ability into the side.

He will play a key part in Finland if he is available, something that could be in doubt after being forced off late on after picking up a knock. 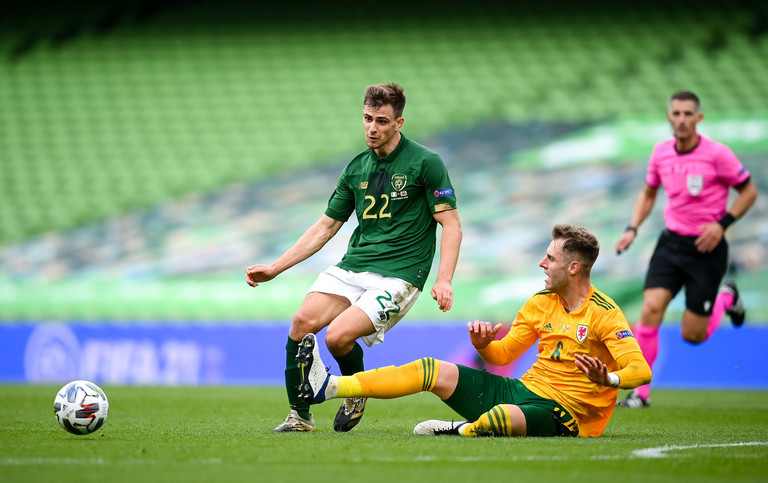 As we have said from the outset, the wholesale changes Stephen Kenny is attempting to make can only be possible after a lengthy process. The early signs are there that the team is much improved in possession, something that has been achieved while giving up little in terms of defensive solidity.

The next part comes in front of goal, were Ireland need to find the back of the net with far more frequency.

Unfortunately for Kenny and his staff, that is the most difficult part of the game to coach. It is entirely possible that we could be waiting on a personal leap from the likes of Aaron Connolly, Adam Idah, or Troy Parrott before that issue is well and truly solved. For now, the aim will be putting players in the best possible positions to succeed.

Looking to more short-term problems, Ireland will now head to Finland for Wednesday's game with a hugely depleted squad.

All of the players who were absent today due to Covid-19 regulations will also be missing for that fixture. James McClean will be suspended after picking up a needless red card late on, adding to what is already a major headache.

It has been rumoured that Dara O'Shea and Jason Knight are set to be called-up to the squad, and while they would be a huge loss to the U21s ahead of their vital qualifier against Italy, that pair have plenty to offer the senior team.

We hope we will continue to see incremental growth from the side in that game, but do not expect the issues that have plagued the team in the last four fixtures to suddenly disappear. It is worth remembering that they were present long before Stephen Kenny got the job, and he has already made strides to cover some of our other short-comings.

Let's hope for a first win of the Kenny era in Finland, but there is certainly no need to panic if it does not arrive. After all, Rome wasn't built in a day...