The Ireland Team We Want To See Start Against Italy

Ireland have a significant match this week. A mid-Six Nations game against Italy, coming off a gap week with another one to follow, this tie is a minor hurdle and major opportunity for Joe Schmidt.

A costly issue in the 2015 World Cup was Ireland's squad depth. Jordi Murphy, Chris Henry and Iain Henderson did not have enough exposure at that level. With that in mind, there are several players who are clearly ear-marked as second-choice in their position who need game-time this Sunday. 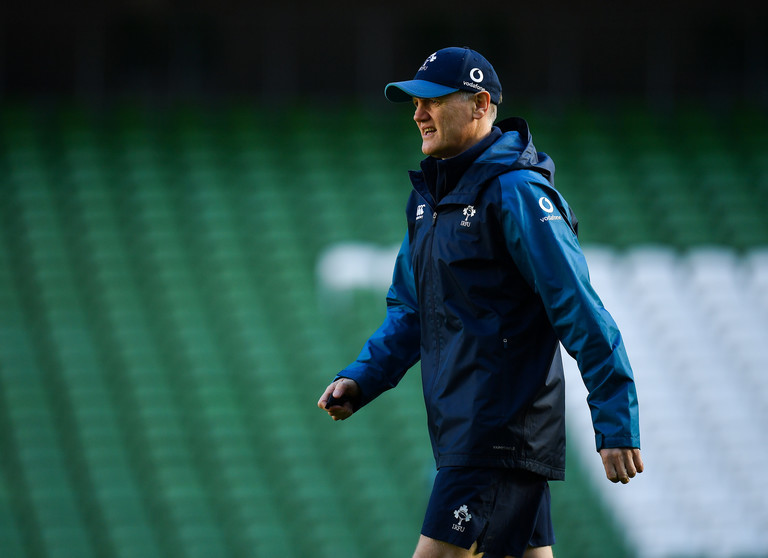 Whether Joe Schmidt sees it the same way remains to be seen. The Irish head coach could instead opt to use this game as an opportunity to grant Conor Murray a welcomed chance to return to form or allow Rob Kearney to kick on having just returned from injury. But ultimately, a successful World Cup squad will have a host of players with 25+ caps and right now important squad players fall considerably short.

Andrew Porter, Tadhg Beirne, Jack Conan, Chris Farrell and Jordan Larmour all currently have 10 caps or less. An away trip to an improving Italy is exactly the sort of experience needed. On top of that, continuing with key combinations like an unchanged centre partnership or back-row ensure a balance between continuity and experimentation in equal measure.

In the case of a full-back, there is still no clear second choice to Rob Kearney. Robbie Henshaw seems a viable option but needs game time to develop there.

It's a similar model to the Welsh one, who made ten changes before playing Italy in the last round.

A desired and a predicted one are two very different things and Schmidt has shown a tendency towards conservatism over experimentation. This is an understandable approach. After all, there is a reasoned desired teams are confined to sportswriting and actual teams are the remit of the best coach in the world.

We discussed the pros and cons of a much-changed team and whether Rob Kearney and Johnny Sexton should start on this week's World in Union podcast, a weekly show getting the outside perspective on Irish rugby and the game in general.

You can hear that discussion here:

SEE ALSO: Beirne Back In Contention For Ireland As Parisse Ruled Out For Italy

Football
13 hours ago
By Jonathan Byrne
'I Actually Thought It Was Someone Winding Me Up!' Fowler On Liverpool Return
25

Football
13 hours ago
By Jonathan Byrne
'I Actually Thought It Was Someone Winding Me Up!' Fowler On Liverpool Return
Football
16 hours ago
By Gary Connaughton
The Most Expensive Irish Player At Every Age From 18-35
Football
16 hours ago
By Jonathan Byrne
Report: Lampard Everton Frontrunner After Bizarre Pereira Sky Interview
Popular on Balls
Rugby
2 days ago
By Colman Stanley
Keith Earls Shares Story That Captures Andy Farrell's Decency
Football
2 days ago
By PJ Browne
'If He Continues With Performances And Goals Like That, Stephen Kenny Will See It'
Football
2 days ago
By Eoin Harrington
Quiz: Name Every Player To Score In A Champions League Final
Football
20 hours ago
By Gary Connaughton
Portsmouth Likely To Retain Gavin Bazunu This Month Despite Championship Interest