Stephen Kenny has named his Republic of Ireland team for tonight's crunch Euro 2020 play-off against Slovakia, making one surprise selection.

The biggest call comes on the wing, where James McClean has come into the team in the place of Brighton's Aaron Connolly.

In midfield, Kenny has gone with the trio that started in Bulgaria.

David McGoldrick also returns to the side having carried an injury into September's UEFA Nations League fixtures, replacing Adam Idah up front. Callum Robinson comes in on the right wing with Callum O'Dowda lacking match fitness.

In all, there are five changes to the team which fell to a 1-0 defeat to Finland last month. Jack Byrne has been included on the bench, with Kevin Long and Josh Cullen the two to miss out on the matchday squad.

David McGoldrick will lead the attack up front 💪

Huge night, come on you boys in green!#SVKIRL | #COYBIG pic.twitter.com/jF5puMsXqb

Defeat in tonight's game in Bratislava would end Ireland's hopes of qualifying for Euro 2020, while a win would secure a place in a final play-off match against either Northern Ireland or Bosnia & Herzegovina next month.

The game must be decided tonight, meaning extra time and penalties will be on the cards if required.

Slovakia are without a number of their first choice players for the fixture. Inter Milan defender Milan Skriniar has been ruled out after testing positive for Covid-19, while midfielder Stanislav Lobotka is currently under quarantine with the rest of the Napoli squad.

SEE ALSO: The Reasons To Be Optimistic That Ireland Will Overcome Slovakia Tonight 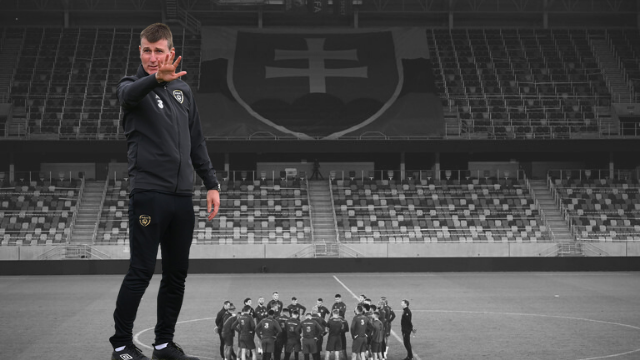