Ireland face Denmark in a huge qualifier on Monday evening, where only a win will be good enough to send us to Euro 2020. While a play-off awaits if they fail to secure a positive result, that is a road we do not want to travel on once again.

The win over New Zealand last night should have given Mick McCarthy much to think about, with a number of fringe players putting in strong performances. We have a feeling that won't affect his team selection too much, but it should.

Here's the team we would pick to get the win.

The first name on the team sheet, Darren Randolph has overcome his fitness worries to come back in time for this one. He has been perhaps our best player since Euro 2016 and we will likely require another big performance from the Middlesbrough man if we are to get over the line on Monday.

With Seamus Coleman suspended, Doherty will finally get the chance to play at right back under Mick McCarthy.  He was made somewhat of a scapegoat in Ireland's opening game of the campaign, with his stint as a right midfielder against Gibraltar not that bad in retrospect.

Even if Coleman were available, Doherty deserves this spot. Hopefully he can make a big impact.

Duffy has been in and out of the Brighton team this season, but there are no doubts about his place in the Irish starting XI.

His aerial prowess will be an asset once again and considering our style of play he could be Ireland's biggest goal threat. 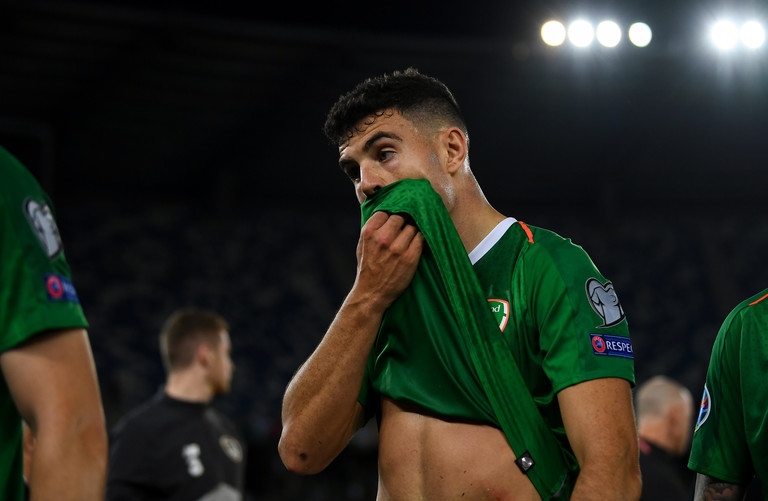 John Egan very much has the other centre back spot sewn down, impressing at both club and international level. He is one of our most in-form players this season and his partnership with Duffy will be hugely important in stifling a potentially dangerous Danish attack.

Stevens has been on fire during Sheffield United's rise up the Premier League table, displaying the type of attacking intent that we would love to see an Ireland jersey.

He may not have the same freedom to get forward in this team, but he could still have a big say in this game.

He has to start. It may have only been two friendly games, but Cullen was exemplary in the games against Bulgaria and New Zealand. He is the model holding midfielder, mixing stern tackles, with high mobility and crisp passing.

While Whelan played well against Georgia and Switzerland, Cullen should be able to offer everything he can and more.

The other two midfield spots are open for debate. Hourihane has been a bit part player for Aston Villa this season, but he is capable of stroking the ball around that other Irish midfielders are not.

He would compliment Cullen and allow for another runner in the middle third.

It comes down to Alan Browne and Jeff Hendrick for that final midfield spot, but we have opted for the Preston man. He was very impressive in the win over New Zealand and has been on fire for his club as of late.

He could offer more than Hendrick, who has been poor for the majority of this campaign. 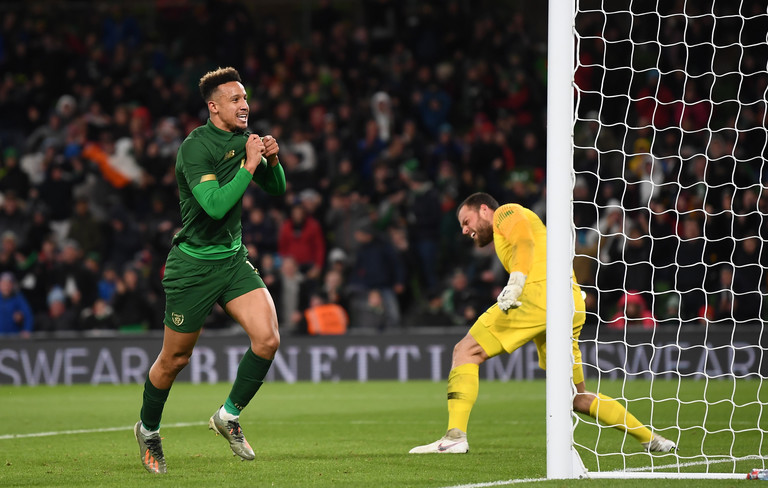 Robinson has played very well at times for Ireland, but things haven't quite clicked to the level we would have hoped. Much of that is down to the position he has been playing, with his role on the right of midfield seeing him drop far too deep at times.

He showed how effective he can be when playing through the middle against New Zealand, and a more fluid front three would mean operating from the right wouldn't be a problem.

David McGoldrick could be the key to this game. Ireland looked like a markedly worse side in his absence last month, with the forward line lacking any real cohesion or link play.

The forward has proven at Sheffield United that he is the perfect link man, capable of dropping deep and laying the ball off, running in behind, or challenging in the air. If Ireland are to put together any sort of cohesive attacking performance, the burden will be on McGoldrick.

Maguire finally grabbed his first international goal against New Zealand, and it could be the confidence boost he needed. He offers an attacking threat that has been missing down the left in this campaign, and while he is not as sound defensively as James McClean, this is a game we have to win.

Maguire is in form and should be given the chance to get us to the Euros. 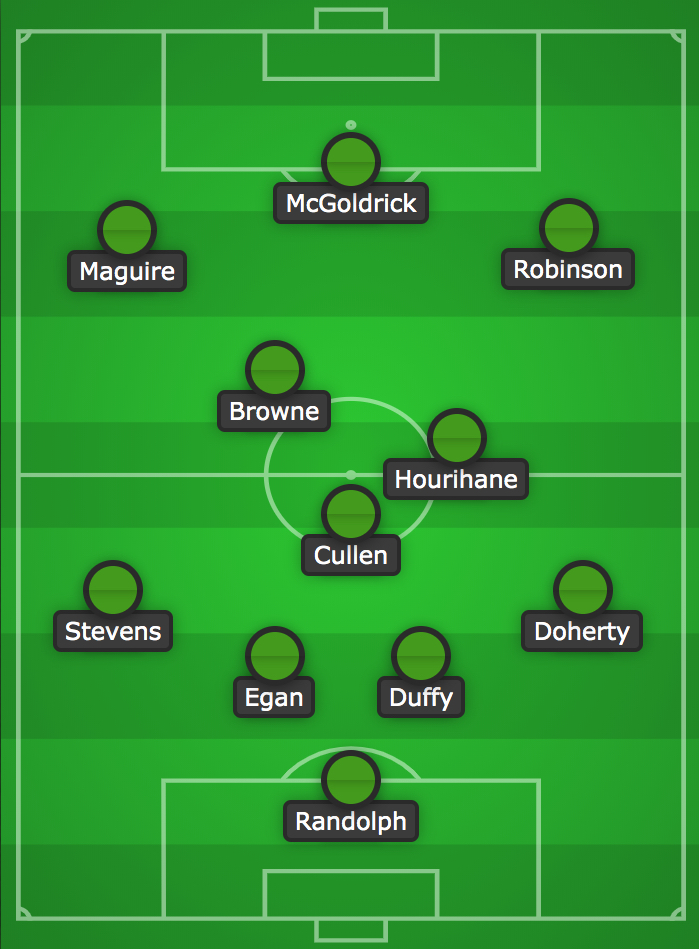 Jack Byrne and Troy Parrott both made compelling cases to start the game, but we feel they would be more suited to a role off the bench. If we need a goal in the final 30 minutes they would make the perfect impact players.

Mick McCarthy probably won't agree with this team. We suspect that Glenn Whelan, Jeff Hendrick, and James McClean will all start, likely in the place of Cullen, Browne, and Maguire.

Football
5 hours ago
By Gary Connaughton
Watch: Ferdinand Uses Darron Gibson Story To Sum Up The Brilliance Of Alex Ferguson
19

Football
1 day ago
By Gary Connaughton
Confirmed: Richard Keogh Has Found Himself A New Club
Previous Next