Here's The Ireland Team We Would Pick To Beat Switzerland

It's all pretty straightforward. Win one of our last two games and we are going to the Euros. As Mick McCarthy has alluded to, it is a scenario he would have taken before the group kicked off.

He is right to feel that way, but that doesn't mean we should ignore our shortcomings in the games we have played thus far. The performance in Georgia was abysmal, with very few positives to take from what a disappointing 0-0 draw.

Heading into tomorrow's game against Switzerland, it certainly feels like there are changes that need to be made. Whether the Ireland manager will see things that way is an altogether different matter, but things have just grown stale in the current team.

A win is the only thing that is of any use of to Ireland. Here's the team that gives us a chance of getting it.

Ireland's efforts at 4-3-3 usually end up looking more like a 4-5-1, but playing a bit higher up the pitch should be a priority in Geneva.

There is a strong argument to be made for a switch to 3-5-2, but doing so at this point without having tested it out would be a massive risk.

Still the first name on the team sheet, Darren Randolph didn't have a save to make in Tbilisi. He did kick it long too often, but that probably has more to do with the lack of options being made available for a short pass.

Things didn't really click for the Everton man against the Georgians, but he should start against the Swiss. Considering the quality of the opposition, his defensive acumen gets him the nod ahead of Matt Doherty. 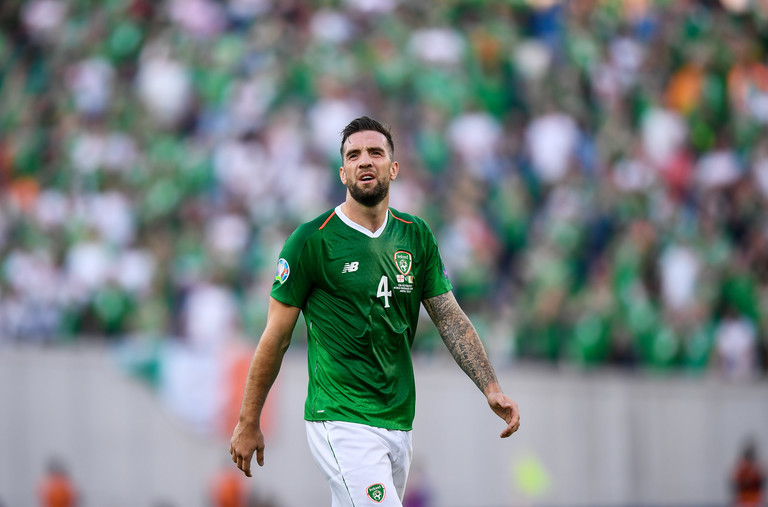 Duffy didn't miss a beat upon his return from injury, and was one of the only Ireland players to play well last time out.

You would imagine he will be even more important in this game, with Switzerland sure to be going all out to secure three points after their loss in Copenhagen.

How has John Egan not been in the team up until this point? He earned man-of-the-match honours in Tbilisi, adding to what has been a stellar campaign at club level.

Now that he is finally in the starting XI, he looks like he will be there for years to come. His partnership with Duffy already seems to be taking shape, and you you get the feeling we will need big performances from those two if we are to get a result.

Matt Doherty did ok in the last game, but he didn't do enough to keep Stevens out of the team. He has yet to replicate his stunning Sheffield United form at international level, but he is one of the best left backs in the Premier League at the moment.

If he is given licence to get forward, he has the potential to be one of our most creative players.

As much as we have praised Glenn Whelan for some of his performances in this campaign, this game is a step too far for him. He was completely ran off the pitch by a very mobile Swiss midfield in the meeting in Dublin, and you would definitely fear a repeat of that here.

That leaves Cullen, who is a more than capable replacement. He has the legs that a 35-year old Whelan does not. He showed an ability to get the ball and down and pass it around in his debut last month, something Ireland are sorely lacking at the minute.

Hourihane was poor in Georgia, but his set-piece ability makes him a huge asset in the team. That could well be our best chance of scoring in Geneva.

He has been solid in this campaign, and is the only Ireland regular who consistently tries to get the team passing the ball. 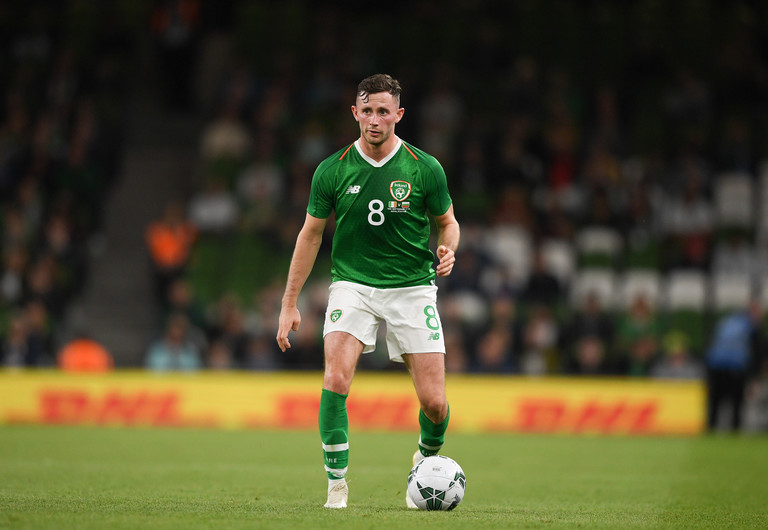 Jeff Hendrick has shown flashes during this qualifying campaign, but just can't include him after that performance in Tbilisi. He gave the ball away consistently, offering little to the team in terms in or out of possession.

There is certainly an argument to be made for Jack Byrne, but he may not have the legs to go for 90 minutes against that Swiss midfield. That leaves Alan Browne, who has impressed when given the opportunity for Ireland.

It is definitely worth trying something new.

Callum Robinson isn't a right winger, that much has become obvious in the past few games. However, he could be very effective in that position if he is just given the freedom to roam around the pitch.

He has that at Sheffield United, where he makes vital contributions across the entire front line. He is too talented to not have in the team.

What more does he have to do? We were calling out for Aaron Connolly to start the last game and he showed exactly why during his 12 minute cameo.  He has everything this Ireland side is lacking, he simply has to start.

The only question is where. You could put him up front, but considering Ireland's style of play, he would be starved of possession up there.

Play him wide on the left, where he has thrived under Stephen Kenny at U21 level. We can't persist with James McClean in that position, who apart from the final 10 minutes against Switzerland has done very little of note in this campaign.

Collins has been criticised by some after the Georgian game, but what more could he really do? He was completely isolated with balls being lumped in his general direction from 60 yards. When given a proper supply he showed some excellent touches and linkup play.

We would give him another opportunity against the Swiss, where his physicality will cause problems. 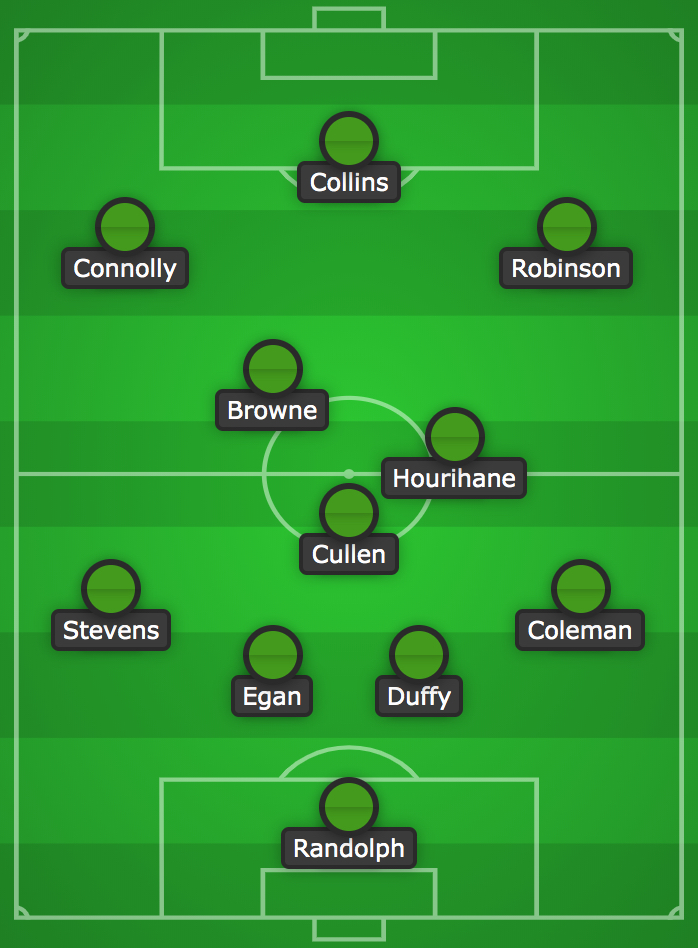 This team definitely has more attacking impetus that others we have seen in the campaign. Most of that is down to Aaron Connolly, but Browne and Cullen will shake things up in midfield.

Of course, we don't expect to see this team. It is likely McCarthy will make only one change from the game in Tbilisi, with Stevens returning from suspension to replace Matt Doherty.

That could well be a mistake. A change is needed.

SEE ALSO: Has Mick McCarthy Hinted That Aaron Connolly Will Start In Geneva?