Here's The Ireland Team We Think Should Start Against Denmark

It may be less than three months since Ireland's last competitive fixture, but it certainly feels like a lot longer. A lot has changed in the world of football since then, with some of our players coming into this international window having achieved fantastic success with their clubs.

But who should start the game against Denmark? The likes of Shane Long and Alan Browne have been ruled out due to injury, leaving Mick McCarthy with a slightly diminished pool of players to choose from. Here's what we think he should go with to secure a result against the Danes.

This is essentially the formation we saw in the Georgia game, although you would expect the wingers to play a bit deeper away in Denmark.

It suits the personnel we have available for this fixture, and offers a decent mix between solidity and attacking potential.

There can be little debate about this selection. Middlesbrough may have had a disappointing season in the Championship, but it was a successful one for Randolph on a personal level.

He was named in the division's team of the season, and is still Ireland's best option by far in the nets. 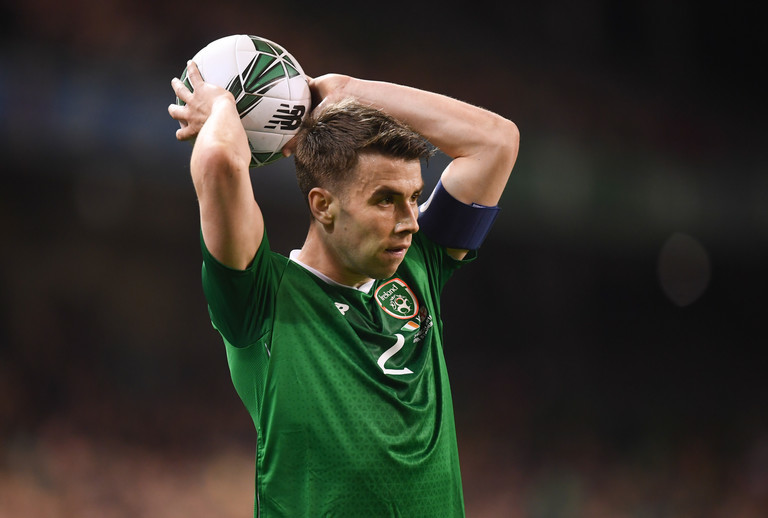 Perhaps the biggest selection dilemma in the team. Will McCarthy go with his captain in Seamus Coleman, or will he select Ireland's most in-form player in Matt Doherty? The Ireland manager has said that he will not play both, with that experiment not going well against Gibraltar.

Considering the quality possessed by the Danes in forward areas, the Everton man's more well-rounded defensive game should ensure he gets the nod for tomorrow. As Doherty himself said earlier this week, he may have to bide his time when it comes to nailing down a place in the team.

Along with Randolph, Shane Duffy is perhaps the first name on the team sheet. While Brighton may have suffered a dramatic dip in form over the closing stages of the season, Duffy continued to account himself well.

A certainty to start.

John Egan stated his claim for this spot after an excellent campaign with Sheffield United, but we would persist with Keogh for now.

The Derby captain was excellent in their recent play-off run, showing off his ability to convert defence into attack by carrying the ball out of his own backline. Having done the same for Ireland against Georgia in March, hopefully that will continue tomorrow night.

Stevens may not have been at his best during the opening two Euro 2020 Qualifiers, but his form at club level only strengthened in the intervening months. He ended the Championship campaign playing some scintillating football for Sheffield United, acting as one of the main catalysts as they secured automatic promotion to the Premier League.

McCarthy will be expecting the former Shamrock Rovers defender to carry that attacking threat and defensive solidity onto the international scene in the coming months.

Fresh off a strong showing in the play-off final, Hourihane will be hoping to build on his first Ireland goal during the previous international window.

He was Ireland's best player in Gibraltar, before going on to score the decisive goal against the Georgians. More of the same please.

Who should partner Hourihane in the Irish midfield? Considering the magnitude of the fixture and the quality of the opposition, there may be no man better suited that Glenn Whelan.

Despite being released by Aston Villa after their promotion, Whelan was in fantastic form over the final few months of the season.

His experience could be vital in such a big game, while he also seems perfectly suited to attempting to shackle the creative influence of Christian Eriksen in the middle third. 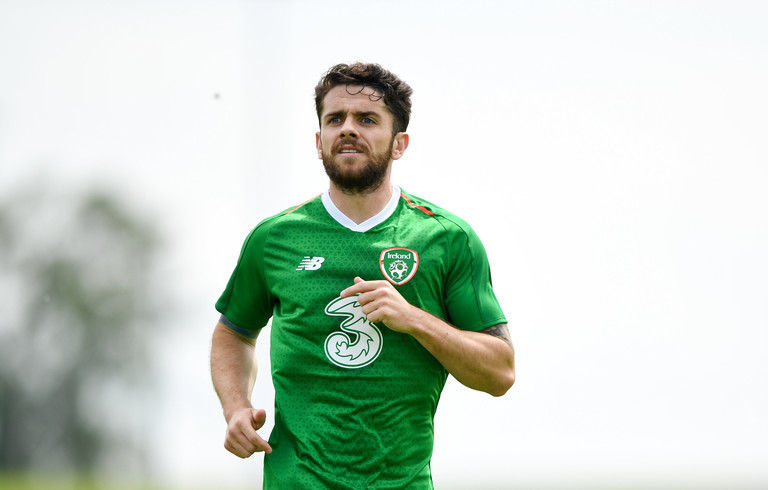 Brady played off the right flank in the win over Georgia, and while it was not his best game, you get the feeling McCarthy will give him another opportunity in this one.

Whereas Doherty and Coleman seemed to continually get in each other's way in Gibraltar, Brady's tendency to drift infield left plenty of room for Coleman to operate out wide. That is something he did to wonderful effect, especially in the first half of that game.

We feel it is worth another shot.

Hendrick put in his best display in an Ireland shirt for some time against Georgia, seemingly liberated by playing higher up the pitch.

He often struggles at springing attacks from a deeper role, while his defensive acumen is also somewhat lacking. Playing in 'the hole' behind the striker allows him to make the most of his skillset.

Apart from the right back spot, this could be the most competitive spot in the team. Callum O'Dowda is fit once again, and has always performed well for Ireland when given the opportunity. James McClean started both of the opening qualifiers, but failed to impress. His high energy style seems more suited to a role off the bench.

Considering O'Dowda's lack of game time at club level in recent months, we would go with Callum Robinson. He finished the season in strong form after recovering from his injury at the turn of the year, a period which included a stunning brace against Ipswich in April.

Robinson was perhaps the lone bright spot for Ireland in 2018 and he deserves another opportunity in this game.

After receiving a standing ovation from the Aviva crowd in against Georgia, McGoldrick will start against the Danes. He offers everything Mick McCarthy looks for in a striker, and this game should suit his strengths.

He will run the channels, hold up the ball when required, and bring the wingers and into the game with some nice touches around the box. Hopefully he can grab his first international goal while he's at it! 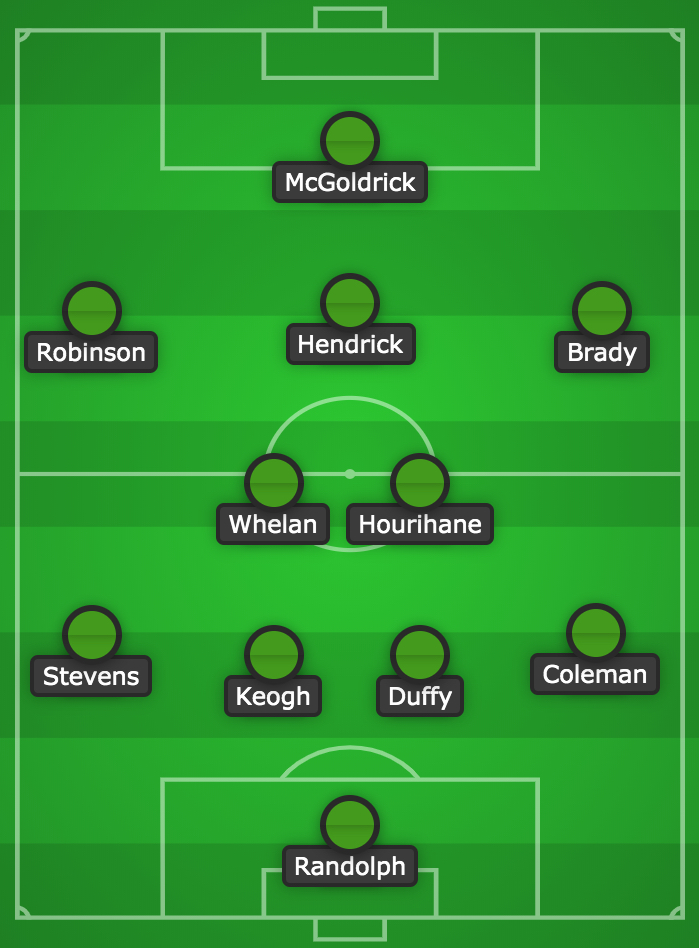 There you have it. Doherty can certainly feel very hard done by, but McCarthy is unlikely to drop Coleman for such a big game. It would not be surprising to see O'Dowda start in place of Robinson, which would likely mean that Brady starts on the left wing, with the Bristol man on the right.

What changes would you make?

Football
1 month ago
By Gary Connaughton
'It Didn't Work, The Shape Of The Team Didn't Work' - Doherty & Coleman Repeat Unlikely
Previous Next

Quiz
9 hours ago
By Balls Team
Quiz: Name The Famous Ireland Match With Only The Team Photo
6