Here's The Ireland Team We Want To See Against Azerbaijan

Ireland put in an excellent performance against Portugal in midweek, but it could all count for nothing if they don't follow it up with a win over Azerbaijan tomorrow.

With a crowd of 25,000 spectators set to descend upon the Aviva Stadium, now is the ideal opportunity to put in a strong performance and get the supporters behind this team.

Here is the team we would select to do just that.

There is an argument to be made that a change to a four-man defence would be more suitable against what is likely to be inferior opposition, but why fix what isn't broken?

Ireland look more dangerous in attack with wingbacks in the side, especially when you consider our lack of depth out wide.

Stephen Kenny is likely to give this formation another go. 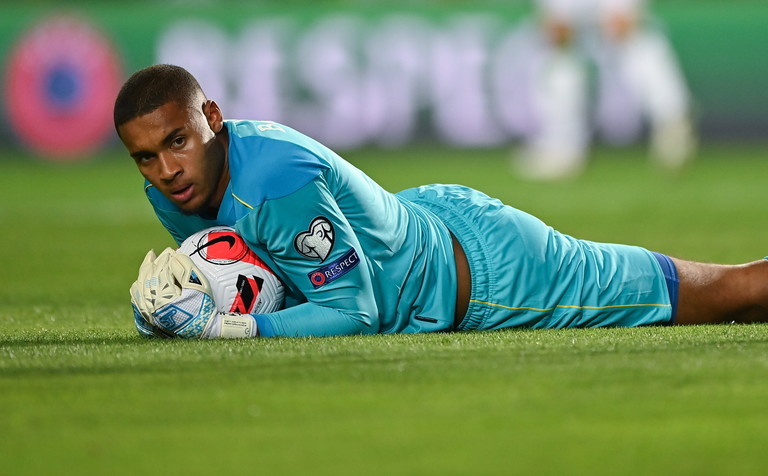 It was a real coming of age performance from Bazunu in Faro. Having made a mistake to lead to the conceding of the early penalty, his save from the resulting spot kick sparked a fantastic performance.

He made a number of fantastic saves and was cool throughout despite his inexperience. At 19-years old, it's scary to think what he could become over the next few seasons.

What a debut for the Norwich man. Thrown into the action after half an hour against Portugal, Omobamidele played like a player who was winning his 50th international cap as opposed to his first.

With Dara O'Shea unfortunately missing this game due to injury, the Lexlip native should be given the opportunity to start in this one.

Shane Duffy was immense in midweek, producing a trademark dominant aerial performance. Perhaps even more importantly, he has regained his confidence on the ball, something that had deserted him by the end of his loan spell at Celtic.

The Derry man certainly looks to be back to his best. While his defensive duties may not be as important in this fixture, he is a key man in this team.

John Egan was arguably the best player on the pitch against Portugal, at least for the first 85 minutes or so.  He took his goal extremely well and defended heroically throughout.

It was glimpse as to why Stephen Kenny considers him perhaps the most important player in this squad. His abilities to mix a range of passing and dribbling with strong defensive play unlocks so much for everyone else in the team. 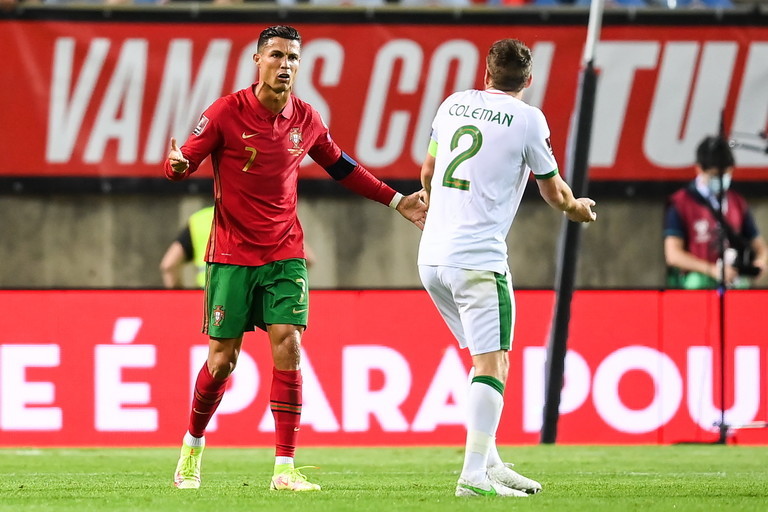 The current captain will be around for a while yet. Coleman was excellent once again during the week, driving the team on and keeping them organised at the back.

If he is fit, he has to be in the starting XI.

The Portugal game was probably Matt Doherty's best performance in an Ireland jersey, something you would not have predicted considering he was playing in an unfamiliar position.

While his defensive interventions were key in that game, his attacking output will be key against Azerbaijan.

Cullen has been amongst the most consistent performers under Stephen Kenny, with the Portugal game his best yet. He breaks up the play brilliantly and is very good at keeping the ball moving when gets it.

The Anderlecht man has more minutes under his belt this season than any other payer in the squad and should have no issues playing three games in less than a week.

Jeff Hendrick did little wrong in midweek, but Hourihane feels like a better fit for the task ahead tomorrow. Azerbaijan are likely to sit deep and ask Ireland to break them down, with the Cork man's passing and crossing ability giving him the edge over the Newcastle player.

Alan Browne could also come into contention here after rejoining the squad, although he will only train with the group for the first time this afternoon. 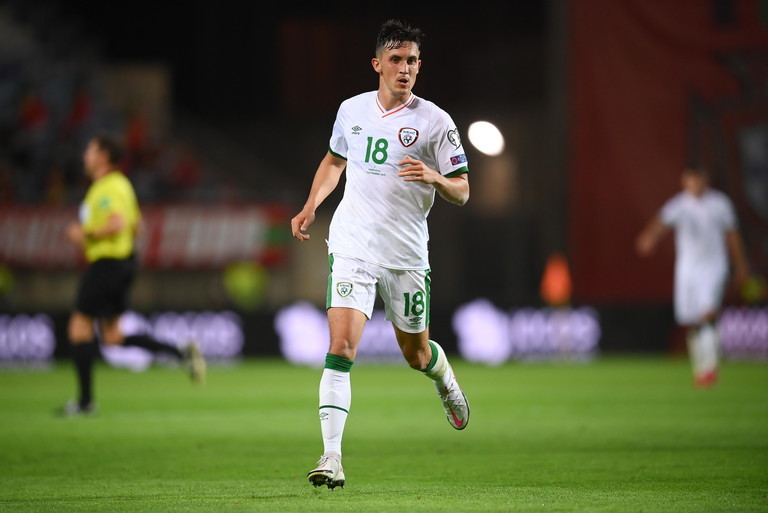 Jamie McGrath was a surprise inclusion in the team against Portugal, but he more than justified his inclusion. He linked the play brilliantly and provided some very dangerous deliveries from set-pieces.

He should retain his place for this game, especially when Ireland are likely to have plenty of the ball. Breaking down deep-lying teams is something Ireland have struggled with in the past, with McGrath having the potential to help in this regard.

Idah was another player who gave his best international performance in Portugal. It was the perfect centre forward display, holding up the ball, laying it off to his teammates, and getting in behind when the opportunity was afforded.

He should keep his place in the side as a result, with the Norwich man being the perfect partner to play off up front.

The other forward position is very much up for grabs. Troy Parrott deserves strong consideration, while Callum Robinson is also in contention despite being in isolation over the last couple of weeks due to a positive covid test.

This game could come too soon for the West Brom forward, so we would be tempted to stick with Aaron Connolly. The 21-year old came in for some criticism on Wednesday night, most of which was very harsh.

He did miss a couple of opportunities, but he also got into excellent positions all game and terrorised the opposition defence on a number of occasions. The Galway man also should have won a penalty in the second half.

A goal in this game could be huge for his Ireland career. 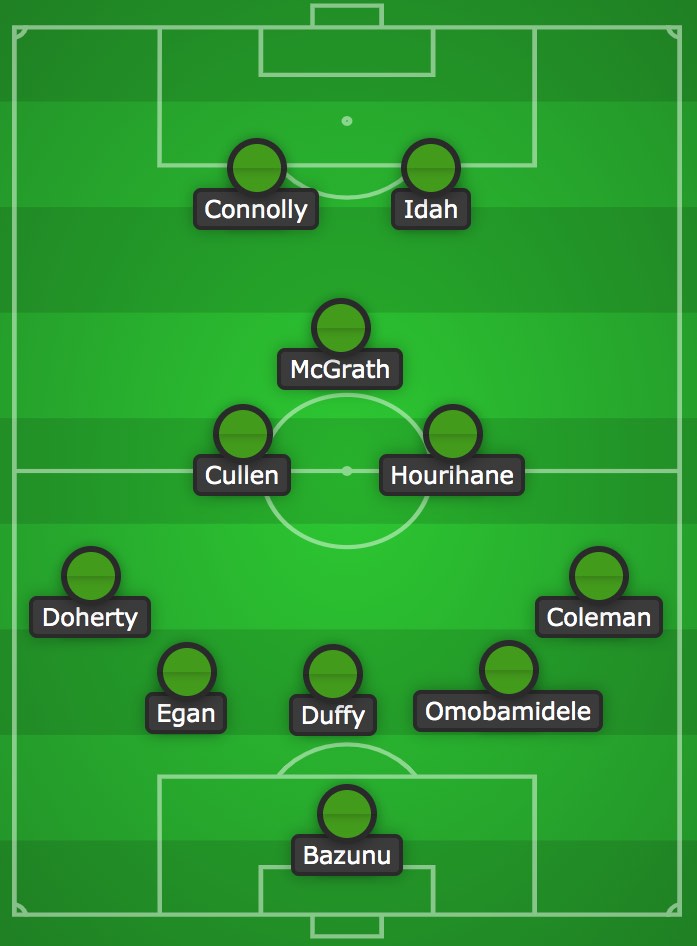 This makes two changes to the team that started in Portugal, although we wouldn't argue if Alan Browne, Callum Robinson, or Troy Parrott were to come into the fold.

Regardless of who starts, it is clear that Ireland need to take all three points tomorrow evening to build on their positive momentum.

SEE ALSO: The Irish Player Ratings From One Portuguese Paper Were Pretty Interesting 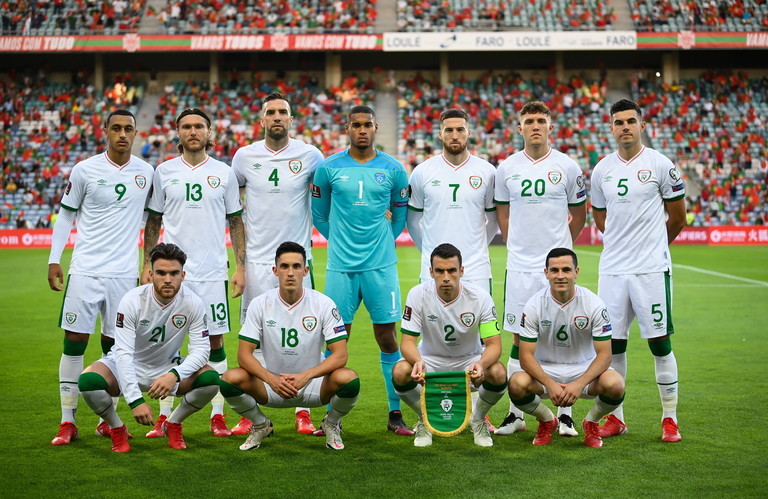