Here's The Ireland Team We Want To See Against Luxembourg

After a long 11 months, Ireland have only one game remaining in 2021. It was a year that started off in disastrous circumstances, but since then things have steadily been improving.

Last night's draw with Portugal was another sign of the progress being made under Stephen Kenny, and considering how the meeting between the two sides went back in March, a win in Sunday's game against Luxembourg would be tangible evidence that things are travelling in the right direction.

Here's the team we would like to see for that fixture.

Ireland team we want to see against Luxembourg

While there is no doubt that Caomhín Kelleher and Mark Travers are supremely talented goalkeepers, it is difficult to see Gavin Bazunu giving up the number one jersey for the foreseeable future.

He was not asked many questions against Portugal, but easily dealt with what challenges were presented. Having made his international debut in March's loss to Luxembourg, this will be a chance to bury that particular demon. 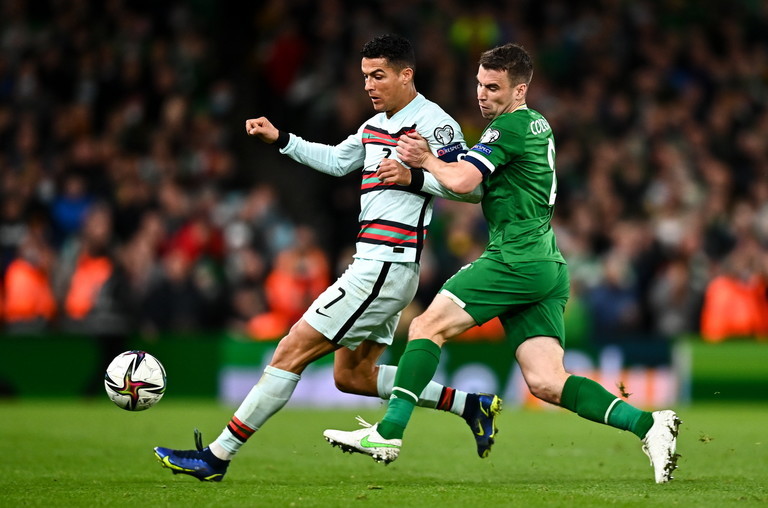 Coleman put in a real captain's performance against Portugal. He was as vocal as ever, organised the defence, and kept Ronaldo fairly quiet out on that lefthand side.

His recent fitness issues could be a consideration here for a second fixture in three days, but his leadership would be a big bonus as Ireland seek to end the campaign on a high.

Remember when there doubts about Shane Duffy's long-term future in the team under Stephen Kenny? That seems like a lifetime ago now, with the Brighton man completely rejuvenated since arriving back at the Premier League club during the summer.

His performance last night was arguably his best under the current manager, with his play in possession just as impressive as his defensive contributions.

Stephen Kenny said after the Portugal game that he felt John Egan should be playing in the Champions League. That's how highly he rates the defender, someone he said from day one would be a key part of his Ireland team.

His partnership with Duffy is looking increasingly promising and will be the bedrock of the side for the Euro qualifying campaign.

Matt Doherty didn't quite have the impact in attack you have hoped for against Portugal (his disallowed goal aside), but he continues to make serious strides under Stephen Kenny.

He is certainly a key aspect of the current system and will be in the team moving forward as long as he is fit.

Stevens has had plenty of misfortune in 2021 in terms of missing out on Ireland caps, but last night was a reminder of what he offers to the team. He may not have the energy of James McClean, but he brings a much calmer and more measured approach to the wingback role.

If Andrew Omobamidele is available, we could well see him come into the team. That would likely mean Doherty moving into this position, with Coleman taking on the right wingback role.

Josh Cullen has gone from fringe member of the Ireland squad to perhaps the first name on the team sheet under Stephen Kenny. It is quite the rise for a player who is still only 25-years old.

The midfielder continues to go from strength to strength at both club and international level, offering everything you would want to see from a holding midfielder. 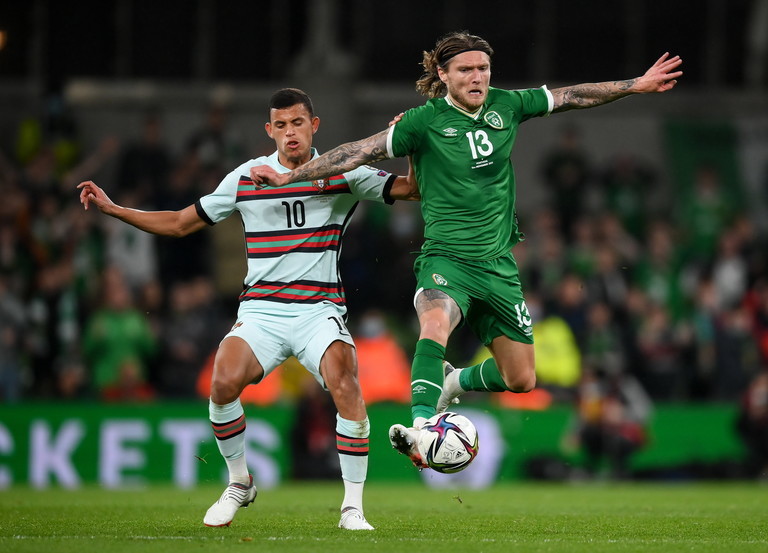 Jeff Hendrick's renaissance has been arguably even more impressive than Shane Duffy's. Having allowed games to pass him by for long spells of his Ireland career, the team's move towards a possession based style has rejuvenated the midfielder on the international stage.

He is finally getting more involved in the general play, being allowed to link up with the striker as the ball isn't just continually immediately returned after a long ball down the pitch.

This version of Hendrick is much closer to what Ireland fans thought they would be getting after his performances at Euro 2016.

Ogbene was a bundle of energy against Portugal. After a reasonably quiet start to the game, he burst into life by launching a brilliant counterattack just before the half hour mark. From this point on, he was an absolute nightmare to defend.

His pace can cause real problems for a defence, something that not many other Irish players possess. He should be given another opportunity to start in Luxembourg.

Callum Robinson is probably the most important player in the Ireland team at the moment. The side certainly look a lot more coherent in attack when he is on the pitch, with his movement and ability to find space in the pockets key in producing scoring opportunities.

He will play on Sunday, it is just a matter of whether he is the focal point up front or operating from slightly deeper.

Jamie McGrath has been very impressive for Ireland, although the attack did look a bit more threatening after he was replaced by Adam Idah. That could see the Norwich man come in from that start against Luxembourg, especially for a game in which you would hope Ireland would craft a few more chances over the 90 minutes.

Idah has played well when leading the line for Ireland in recent months. It would be fantastic to see him cap off that progress with a first international goal. 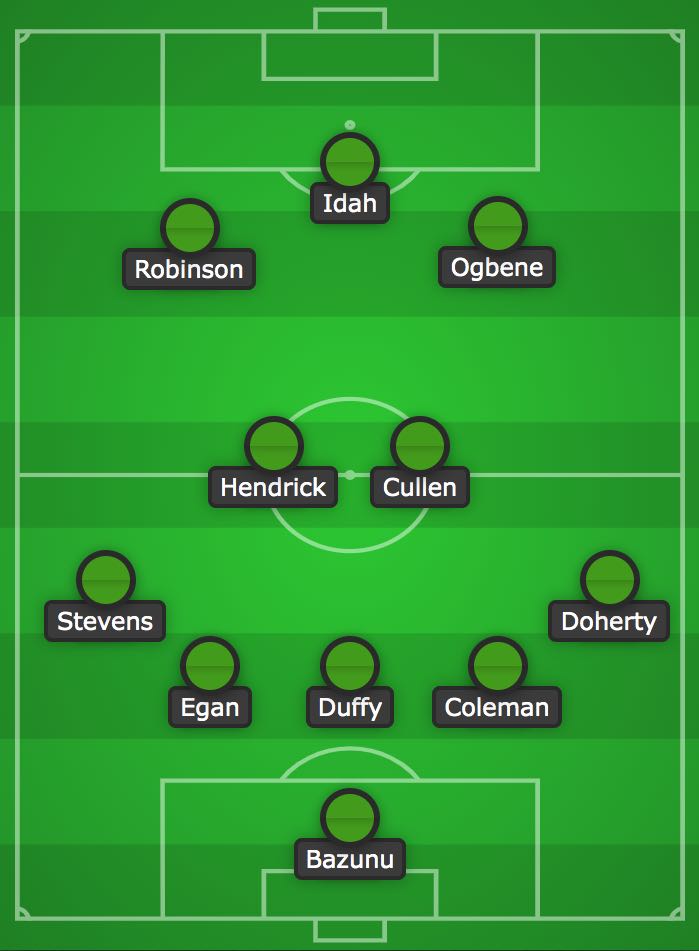 This is only one change to the team that faced Portugal, although Andrew Omobamidele could also come in were he to prove his fitness in time.

Here's hoping Ireland can end the campaign on a high with a victory.

SEE ALSO: The Portguese Media Reaction To The Stalemate Against Ireland 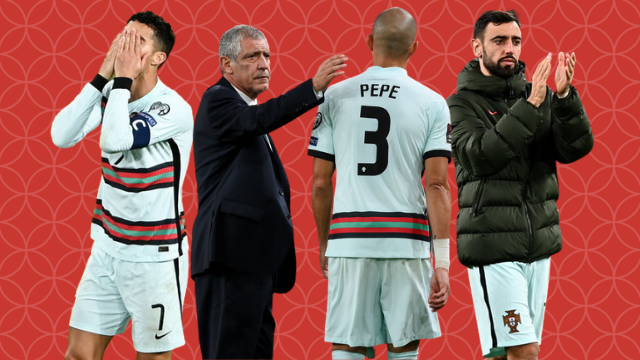