Here's The Ireland Team We Want To See Against Portugal

Ireland take on Portugal on Wednesday evening, and while few will expect to see Stephen Kenny's side come away form the Algarve with three points, it will be hoped that we notice an improvement from some of the performance in 2020.

This team is still evolving, although the Ireland boss will be without a number of likely starters in Alan Browne, Enda Stevens, Jason Knight, and Callum Robinson.

Here is the team we would go with.

Ireland dabbled with the 3-5-2 system during the March international window, but reverted to a more familiar four-man defensive system in June.

However, considering the strength of the opposition on Wednesday night it could be wise to revisit it. It would give Ireland more protection at the back, with the three in midfield allowing them to hassle a team who are likely to have the vast majority of possession.

It could also be argued that the two wingbacks selected in this team are our best attacking options out wide at the minute. This system seems like a good fit for this fixture.

With Darren Randolph not even in the squad, Gavin Bazunu looks to have the Ireland number one jersey nailed down for now. For good reason too, with the 20-year old largely in fantastic form for both club and country over the last 12 months or so.

He has made fantastic strides in his development since joining Rochdale on loan last season, something that looks set to continue at Portsmouth. He will likely be Kenny's first choice for the remainder of the campaign at least.

Dara O'Shea has started this season in stunning form at both ends of the pitch for West Brom, scoring two goals already as his side sit second in the Championship table, only trailing league leaders Fulham on goal difference.

Having only made his international last year, the defender has arguably been the most consistent player of the Stephen Kenny era. Regardless of the system used, he has to be in the team in some capacity. 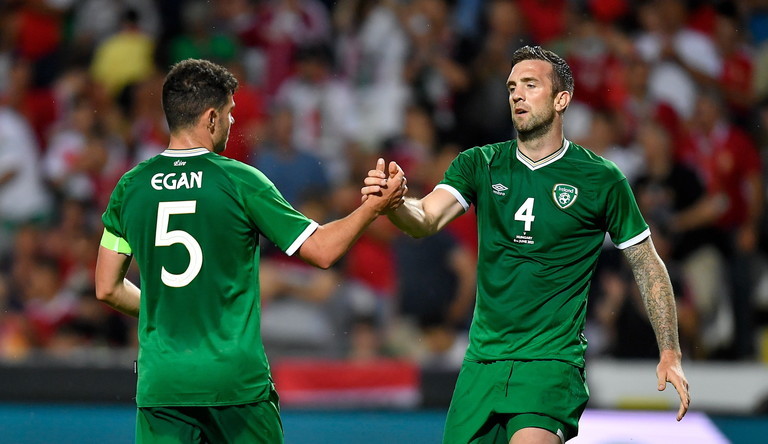 What a resurgence it's been for Shane Duffy. Few expected him to be a first choice player at Brighton this season, but the Derry man was amongst the best performers over the opening two weekends of the Premier League season.

He looks rejuvenated after a disastrous campaign as Celtic last time around, something that can only be good news for Ireland.

Playing him in this position would allow him to carry out a similar role that has seen him excel at Brighton. Ireland will also likely need plenty of his defensive knowhow to try and get through this game.

John Egan has not featured under Stephen Kenny as much as he would have hoped, with injury and covid issues limiting his appearances. However, the Ireland manager sees him as one of the key men in this team.

Egan has the ability to defend to a high standard, while also being able to carry the ball out from the back and pick a pass. That is something that is key to the style Kenny wants to bring to this side.

His responsibilities are likely to be limited more to the defensive side of the game in this fixture.

After initially being second choice right back at the start of Kenny's tenure, Seamus Coleman is probably the first name on the team sheet considering his performances over the last year or so.

With Matt Doherty perhaps needed in the team elsewhere, the Everton man should slot in a wingback role as opposed to as a player in the back three.

Ryan Manning has a case for this position, but his lack of international and top level experience will count against him. James McClean also has questions around his defensive knowhow, especially against a team like Portugal.

Matt Doherty has filled in at left back on numerous occasions, both for Ireland and Wolves. He should have no issue playing on the opposite flank, even if he will face a stern defensive test.

The Spurs man should be told to keep out to the left flank in possession, with Ireland's lack of width in this position an issue against Hungary in June. Despite this, he seems like the best option in Enda Stevens' absence.

We need to get our best players on the pitch. 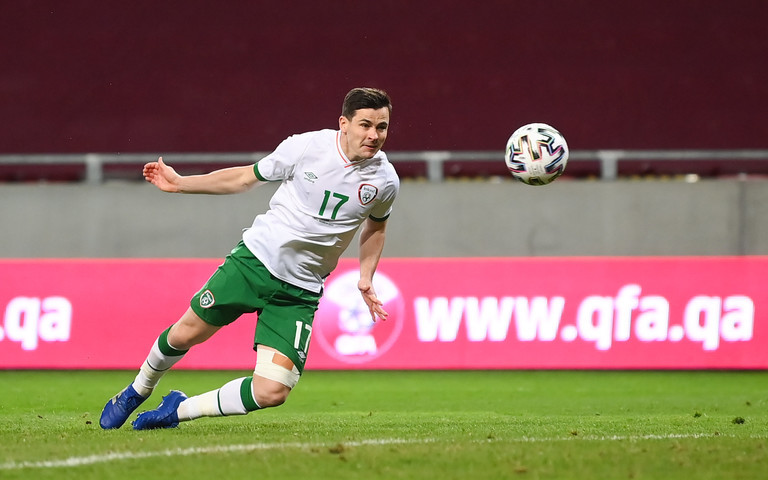 Josh Cullen has continued to impress since his move to Anderlecht, with the 25-year old probably the first choice in the Irish midfield as things stand.

The former West Ham man has already played nine competitive fixtures this season between league and European commitments. He will have a big role to play in attempting to disrupt Portugal's passing game.

Jayson Molumby has had very little football this season, although that should change in the coming weeks after his move to West Brom. It may count against him in terms of selection of for this game, although Stephen Kenny may have little choice considering his relative lack of midfield options.

Hopefully he can bring his trademark energy despite the lack of minutes in his legs.

Conor Hourihane and Jeff Hendrick will be competing for that final midfield place, neither of whom are ideal options at the minute. The pair have only two League Cup appearances between them this season.

We have given Hendrick the nod due to the added running ability he possesses, with Hourihane having shown he can struggle when asked to put in the hard yards at international level.

However, as with Molumby, match fitness is certainly a concern regardless of who is selected.

After his struggles last season, it has been refreshing to see Troy Parrott start his time at MK Dons with a pep in his step. The forward has two goals and two assists to his name already and has impressed with his all-around play.

Of course, this game will be a huge step up in quality. However, the Dubliner is likely to be a big player for Ireland over the next decade so he needs to be given a real run in the side sooner rather than later.

It's not as if Ireland are blessed in the forward department at the moment anyway, especially with Callum Robinson's absence. Parrott also has more minutes under his belt than of the other options in this area of the pitch this season. 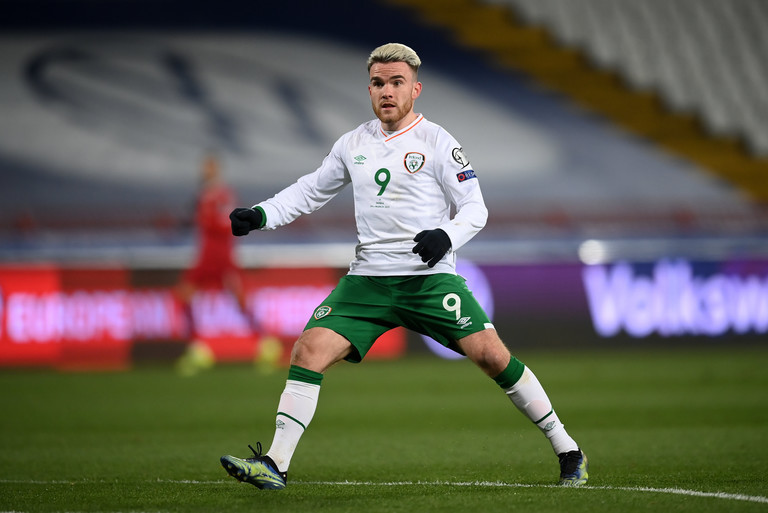 Much like John Egan, Aaron Connolly is somebody who Kenny sees as a key player that has been extremely limited in their contributions during his tenure.

The striker finally looks to overcome the niggly injuries that have already cost him a number of international caps, although he is not first choice at Brighton at the moment.

Regardless of that, he is all but certain to start for Ireland on Wednesday night. It would be a huge boost if he could put in a strong performance and really get his international career off the ground. 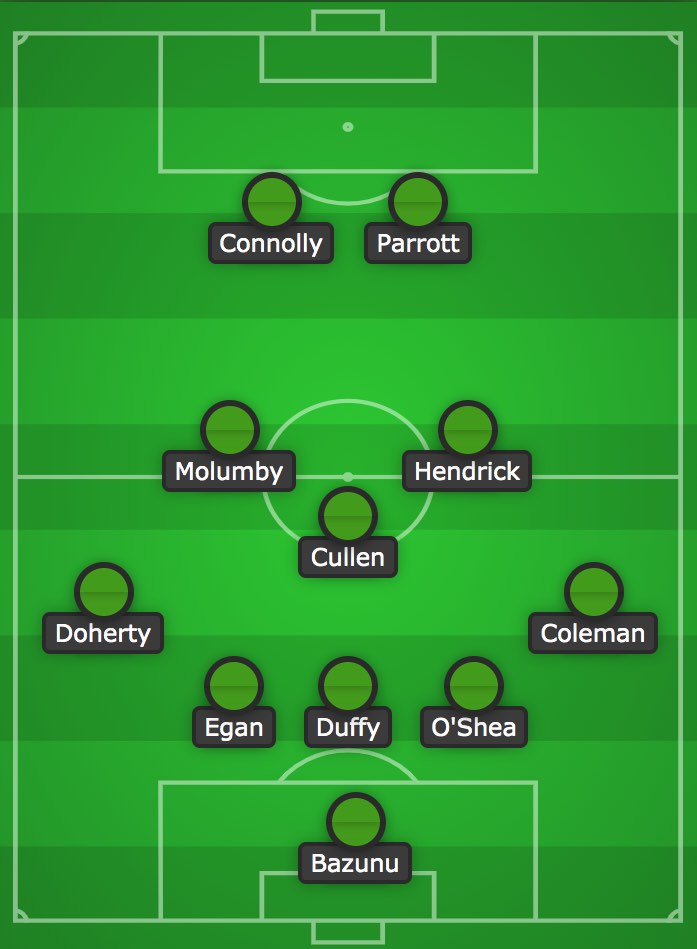 This is a team built around defensive solidity, but it still features a number of exciting young prospects.

Considering the strength of the opposition, we perhaps should be not be expecting too much in terms of a result from this game. However, we will want to see some improvements from the side in comparison to a number of games in 2020. 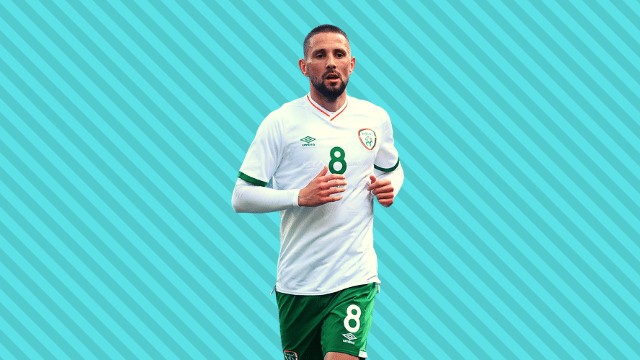