The draw for this year's U-17 UEFA European Championships took place in England's St. George's Park this evening, with the Ireland U-17s being handed a group that will inspire some confidence.

Retaining the 16-team format that was previously used for the men's senior tournament, Ireland's U-17s were in Pot 1 with Netherlands, Serbia, Norway, Slovenia, Switzerland and Bosnia & Herzegovina.

Pot 2 was made up of Sweden, Germany, Portugal, Denmark, Italy, Israel, Spain, Belgium.

England, who are hosting the event, were allocated the top spot in Group A. The seven teams in Pot 1 were then allocated the first and second positions in the remaining groups; the eight teams in Pot 2 filling up the third and fourth places.

The finalised groups for this year's U-17 UEFA European Championships are as follows. 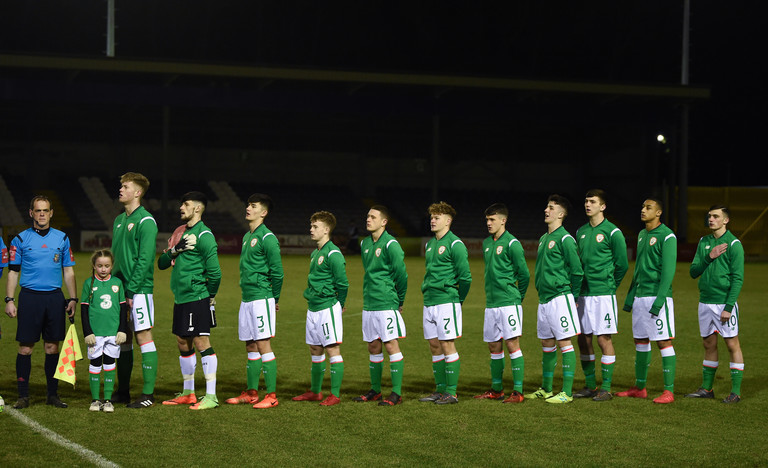 The group stage games for this year's U-17 UEFA European Championships will take place on the 4/5, 7/8, 10/11 of May, with the top two sides from each of the four groups qualifying for the quarter-finals.

Should the Ireland U-17s make it out of the group stage, the quarter-final ties will take place on the 13 and 14 of May, with the semi-finals taking place on 17 of May, and the final on the 20 of May.

Before the stipulated age changed to U-17 for the 2002 tournament, Ireland U-16s were victorious in the 1998 edition, held in Scotland. Boasting names such as John O'Shea, Liam Miller and Andy Reid, Brian Kerr's Ireland overcame the likes of Spain, Portugal and Italy to claim the title.

Get yourself in the mood for next month's tournament by taking a trip back twenty years to that success here.

See Also: Ireland Star Amber Barrett On Smashing Gender Stereotypes And Getting The Country Behind The WNT