Manager Tom Mohan has named his squad for their trip to Armenia ahead of the 2019 UEFA European Under-19 Championship.

Manchester United's Lee O'Connor returns to the squad having missed the Elite Round and will be captain. It had been speculated that the youngster would miss the tournament having been involved with the Ireland U21s in Toulon and thought to be close to involvement with Manchester United's senior squad for pre-season.

However, Ole Gunnar Solskjaer elected not to involve any of his academy defenders for their trip to Australia with Axel Tuanzebe and Aaron Wan-Bissaka taking up those spots instead.

There are also first call-ups at this level for three players (Andrew Omobamidele, Joe Hodge, Matt Everitt) who featured in this summer's Under-17 European Championships in Dublin. 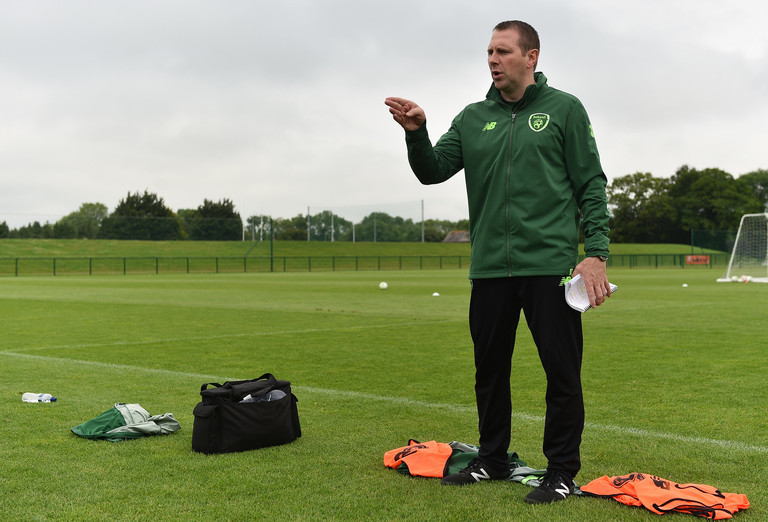 The squad are without a number of players due to the fact clubs are not obliged to release players, something Mohan reflected on when announcing his squad.

Last year, we set ourselves the target of qualifying for this tournament and after six games, winning each of them, we achieved that. So we know that we deserve to be here in Armenia.

We are without 11 potential players - only one of which is injured - because this tournament falls outside a FIFA international window and clubs are not obliged to release their players. All of the players who were unavailable have been promoted to their respective senior teams at club level and we wish them the very best of luck as they advance in their careers.

"It is the nature of international football that you have to react to set-backs in a very short time period in order to get results.

Republic of Ireland Under-19 Squad