Former Ireland U21 Keeper Named In Dutch Team Of The Week

Former Ireland U21 and Cork City goalkeeper Liam Bossin has impressed in recent weeks at his new club Dordrecht FC in the Netherlands.

Bossin struggled while at Turner's Cross during the 2020 League of Ireland season, but has since dusted himself off to make waves on the continent once more.

The former Ireland U21 was once with Belgian giants Anderlecht. He later joined Nottingham Forest, and then linked up with Cork City.

After his failed spell at City, Bossin - who was born in Belgium but has an Irish mother - joined FC Dodrecht in the Dutch second flight. He earned himself a personal accolade this week.

After a strong display against Jong Ajax in which Dodrecht overcame a 1-0 deficit to win 2-1, the 24-year-old made the Eerste Divisie Team of the Week.

That was after he made seven saves, with four inside the box to secure an away win Ajax's second team.

The result saw Bossin and his Dordrecht maintain their unbeaten start to the 2021/22 season.

Liam Bossin makes the Eerste Divisie Team of the Week after making 7 excellent saves (4 inside the box) to seal an away win against Jong Ajax 🇮🇪💪#EireHub #COYBIG https://t.co/3h9NvMRakK

Dordrecht, who were twice Dutch Cup winners, have played in the Dutch second-tier since 2015.

And after a number of flirts with relegation from 2015-2018, the club have improved since. Bossin's arrival was seen as a signal of their intent to return to the top-flight.

Shortly after joining his new club earlier this year, however, Bossin explained that his time at Turner's Cross did not go the way he wanted it to.

"I will take my time in Cork more like a ‘good life experience’ more than a football experience," he told the Irish Sun in February.

"It’s a shame it didn’t work out the way I wanted at all. I was very excited when I signed for Cork City last January as I had heard loads of good things about the club.

"But the first day I arrived at Bishopstown I knew it wouldn’t be like I expected.

"I found it unprofessional and the mentality in the dressing room very different from what I was used to. Especially from the younger players.

"We could lose 3-0 and play a very poor game and they will laugh out loud in the coach on the way back to Cork."

He also fired shots at the standard in training while he was on Leeside.

"The standard in the training was also very bad and it didn’t really bother anybody.

"I wasn’t really happy in Cork and you could see that by my performances at the end of the season.

"Don’t get me wrong they were all good lads and the staff too. I wish them to get back where Cork City belongs."

At least it seems that Bossin is enjoying himself a tad more at his new club. 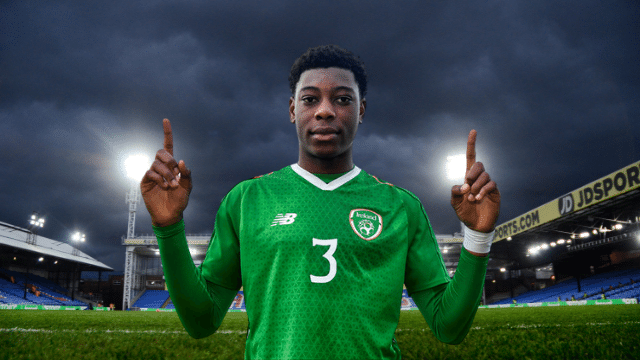