Just a great game of football, even if it was 0-0. Two good sides going at it full-blooded for 90 minutes, what more could you want? It was a deserved draw for Stephen Kenny's side, who really could have won it.

They had the clearer chances, but couldn't convert. Still, you can tell this is a special side. Here's how we rated the performances on the night.

Didn't have to make a save in the first half. Kelleher wasn't allowed to play out from the back as often as he would have liked, with Italy pushing very high.

All in all a very quiet night for the Liverpool man.

O'Connor showed lovely feet in possession and looked to play the ball forward at all times. His life was made easier with Kean's red card, but he did well on the Everton man for the brief time he was in the game.

Stopped a four-on-one counter-attack for Italy with 10 minutes to go. Celtic must have a lot of good players if he isn't getting a look in.

The QPR man marshalled the defence well, although he was asked very few questions in the opening period. The introduction of Moise Kean and Patrick Cutrone provided a sterner test, at least for the 15 or so minutes Kean lasted before getting sent off.

Made a couple of big blocks and had strong all-round performance.

O'Shea has formed a very solid partnership with Masterson, the pair offered little encouragement to the Italians. With the Ireland full-backs playing high up the pitch, both he and Masterson provided the required solidity.

A very solid performance against a strong forward line.

Scales didn't show the same attacking initiative as O'Connor in the right, which resulted in Troy Parrott having little impact on the game down the left flank.

Acting as the most advanced player in the Irish midfield, Ronan pushed right up the pitch creating a front four at times. His long-range effort stung the palms of the Italian 'keeper midway through the first half, but would not have got on the ball as much as he would have liked.

Was replaced by Jason Knight 15 minutes into the second half.

Coventry was the solid base that allowed midfield partners Molumby and Ronan go forward, although he wasn't actually asked to do all that much defensively.

A West Ham midfielder very much in the Josh Cullen or Mark Noble mould. A solid showing. 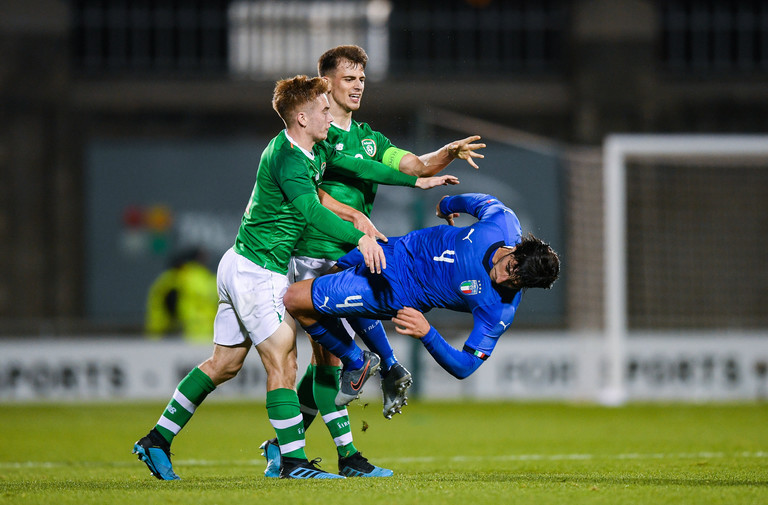 A Rolls Royce. Molumby is the prototypical do-it-all midfielder, with very little weakness in attack or defence. He was the one tasked with getting Ireland playing, be it through his passing or carrying from deep.

He was stern in the tackle, with his scrap with Tonali at the end of the first half typified his battling spirit. The type of leader we haven't had for quite a while.

Was given the difficult task of tracking €22million left back Luca Pellegrini, who was Italy's main attacking outlet. Struggled going forward in the opening half and seemed to be a bit off the pace at times. 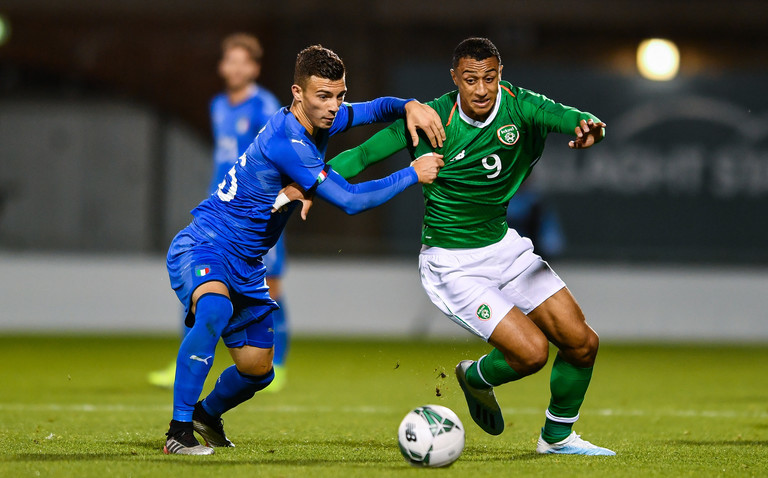 Was asked to put in a major shift up front and duly obliged. It was his hard work chasing a lost cause that gave Parrott Ireland's first opportunity of the game, and they linked up once again for another chance in the second half.

Idah completely dominated the Italian defence, who struggled to live with his mix of pace and physicality. In a team not short on star power, he is the focal point.

Was almost anonymous in the first half apart from that aforementioned shot from outside the box. Struggled to impose himself on the game from out wide, but looked dangerous on the few occasions he did get on the ball.

Came close to opening the scoring once again at the start of the second half, with his effort going just wide of the post. Received a very harsh second yellow during an altercation with Moise Kean.

Knight was allowed little space after coming on, but did rattle the side netting with a shot from outside the area.

The Southampton man was real live spark the second he was introduced. His pace is absolutely frightening, but Italy had him well-watched.

European U21 Championship Republic of Ireland U21s republic of ireland