While still an often overlooked and even derided competition, the UEFA Nations League is becoming an increasingly important part of the footballing calendar.

Not only does it give nations consistent games against opposition of a similar level and lessen the need for unappealing friendlies, but it also plays a role in qualifying for major tournaments.

Three teams reached the 2022 World Cup play-offs via their performance in last year's Nations League, with Euro 2024 play-off places and qualifying seedings decided entirely by finishing position in this tournament.

In that sense today's draw was a very important one for Ireland.

They came into the draw knowing they would be drawing three of 12 possible 'League B' opponents.

Preparations for the UEFA Nations League draw are underway in Nyon

Who do you want to see in Ireland's group? 🤔

Ireland are in Pot 3 with draw set for 5pm this evening#COYBIG | #WeAreOne pic.twitter.com/2azwuS8Drb

The draw has now been confirmed.

Ireland have been drawn in a group with Armenia, Scotland and Ukraine.

Ireland last played Armenia on 2011, beating them twice in the Euro 2012 qualifying campaign. Our last meeting with the Scots came in 2015, while this will be Ireland's first ever meeting with Ukraine.

The competition will get underway on June 2nd, with four sets of fixtures taking place that month in a lengthy international break. The remaining two matchdays will take place in September.

Of course, it is expected that Stephen Kenny will be tied down to a new contract by then.

Ireland have a very poor record in the Nations League. They have yet to win a game in the tournament, drawing five and losing five of their ten fixtures across two different editions. They have also scored only two goals in that time.

An improved showing on this occasion would go some way to cementing the progress the team has made in recent months.

Stephen Kenny has also previously admitted that their aim was to gain promotion to League A, something that would guarantee at least a play-off for Euro 2024. In truth, a decent showing of any kind should be enough to secure such a berth.

SEE ALSO: Qatar vs Algeria In The Arab Cup Featured Wildest Injury Time We Can Remember 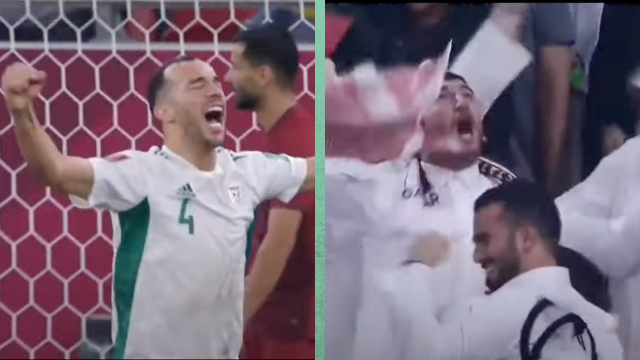