Ireland are playing Georgia in a qualifier, so history tells us that it's going to be a one-goal game that makes every Ireland fan age a solid five years.

After a poor performance but an ultimately acceptable point away in Serbia, anything less than three points at home to Georgia would be very bad news for Ireland's hops of qualifying for the 2018 World Cup in Russia, so with that in mind we have picked the XI that we want to see go out and play some football, rather than scramble a goal over the line and then shit the bed while desperately attempting to hold on to that lead.

Martin O'Neill has declared that James McCarthy is ready to play, but there are serious questions over his match-fitness considering he has missed the last six games for Everton following surgery on his groin, so we've decided to leave him out with a view to bringing him back in against Moldova.

Here's the side we want to see: 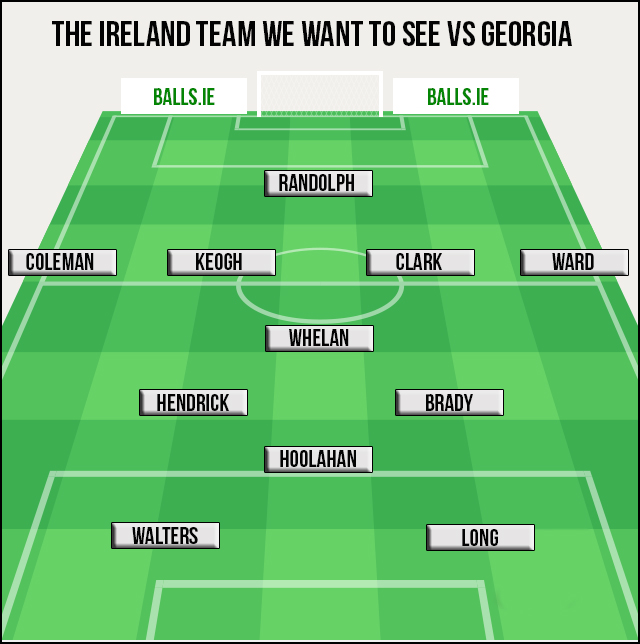 The diamond wouldn't be our most commonly used formation, but we feel that Wes Hoolahan is too important in a game of this type to leave on the bench, and this formation is designed to get him on the ball as much as possible. We toyed with the idea of the fluid 4-3-3 that we used well against Italy and France in the summer, but ultimately felt McClean would be better used from the bench. 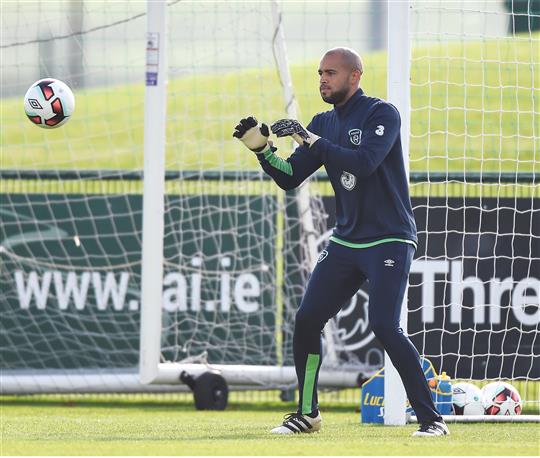 Ireland's number one, he's been the subject of a bizarre investigation by his club after an old photo did the rounds on twitter, but he is nailed on to resume his spot between the posts for Ireland.

Likely captain on the night, Coleman will be needed to bomb on and provide some width like he has been doing in recent matches for Everton. Coleman has looked a serious goal threat under Koeman, and while he is always more reigned in when he pulls on a green jersey, we'd love to see him drag a few Georgians out of position with late runs down the right flank.

The experience at centre-back, we've opted for Keogh over O'Shea simply because the Sunderland man has not been considered at club level. Keogh has been extremely reliable in qualifiers and we expect him to be able to deal with the Georgian threat handily enough.

In very good form for Newcastle in the Championship, Clark gets the nod ahead of Duffy who has also been impressing since leaving the sinking ship that is Blackburn Rovers as he is a bigger threat from set-pieces, which will be crucial on the night.

This time last year left-back was a problem position for Ireland as Robbie Brady was inexperienced in the position and Stephen Ward was warming the bench for Burnley in the Championship. Thankfully, after getting his spot back with a cracking end to the season he managed to keep it and now starts in the Premier League every week. He's been much-improved for Ireland too, so he's starting for us. 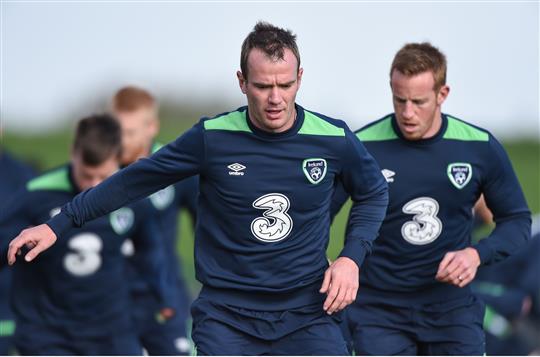 This role got the best out of James McCarthy against Italy and France in Euro 2016, so ideally we would have had the Everton man in this position, but Glenn Whelan is in line to organise the defence and keep the midfield moving against Georgia. Hendrick and Brady will be needed to help out as Whelan doesn't cover the ground that McCarthy does, but Glenn can handle himself here despite Stoke's poor start to the season.

El Jefé, the great hope, Burnley's most expensive ever signing has looked like he belongs in the Premier League with his performances against Watford and Arsenal, something that we all knew from his form over the last 12 months. Last time out a moment of brilliance secured three points for the boys in green, this time he could be the man to do it again. 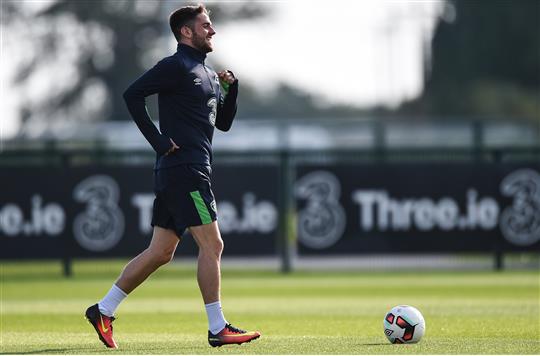 The other star of Ireland's Euro 2016 campaign, we will be hoping for more from Brady after a mixed bag away to Serbia. He scored an absolutely exquisite goal for Norwich in the Championship at the weekend, and will be tasked with getting on the ball and creating chances against the Georgians.

Simply put, we need to go out and play ball, and Wes Hoolahan is our best baller. He's been at his creative best for Norwich in recent weeks, and his ability to pop into pockets of space and thread passes will be vital to cracking a tough Georgian rear-guard. It seems as though it would either be Wesso or McClean, and we would rather have the former Shels man's composure on the ball than McClean's industry for this matchup. 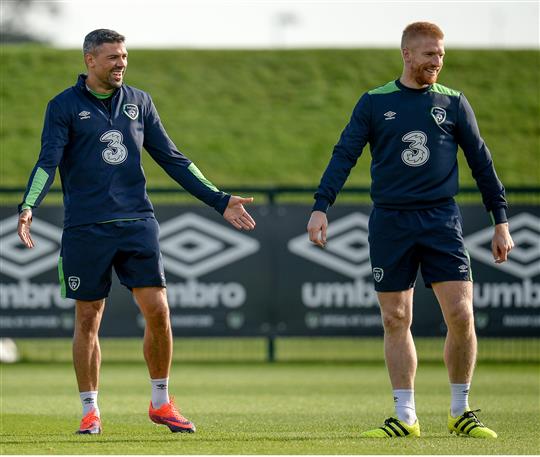 Has to play if fit, not least because he got the crucial goal last time but because he'll be needed to provide the physicality against this opposition. We expect him to drift wide and run channels all night, but if Brady is going to deliver from the left then there's no better man than Big Jon to pop up at the back stick.

Hasn't quite started firing under Claude Puel at Southampton just yet, but the days of Shane Long being a touch and go decision are gone. He will be needed to provide an outlet when we inevitably face a five-minute spell under the kosh, and he's the ideal all-around forward to lead the line vs Georgia.

James McClean will be off the bench, and like we famously predicted ahead of our last meeting with Georgia, he will almost certainly get booked within a minute of coming on. Still, we'll need his work-rate and fight when the Georgians start to tire, so he has a big role to play from the bench if he doesn't start.