Before we begin, it's important to note that we've delved deep into the numbers, cracked the data, and have come to an unfortunate conclusion. No matter who Ireland get on the December 7th draw for the World Cup qualifying groups, they will have to score a goal at some point to have any hope of qualifying for Big Dance for the first time in 20 years.

After another disappointing result last night, and 11 hours of football without a goal, Stephen Kenny and his injury and Covid riddled squad will leave behind the misery of the Nations League and focus on far more important matters, starting in a couple of weeks with the draw, and then in March with the first qualifiers. Unfortunately, the last couple of months will have consequences. Three draws and three defeats meant that Ireland slipped out of the top 20 ranked teams in UEFA, and will be among the third seeds for a qualifying campaign that was already going to prove incredibly difficult.

With 10 groups, and only 13 World Cup places on offer, even finishing second in the group leaves any nation with a long shot of qualifying. Now, Ireland will need to overcome two higher ranked teams in order to win the group and qualify automatically.

Despite the grim outlook, all is far from lost. There are countries in each group of seeds that we might have a chance against. In fact, our our day, there's very few team in Pot 2 Ireland wouldn't compete with. With young players continuing to develop and excite, it's feasible that there's a very different outlook on this Irish team by the time we get into the meat of the qualifiers. We've had a look at the pots to try to decipher the best and worst scenarios for Stephen Kenny.

(Before we go, a health warning. Ireland have a real possibility of drawing both Denmark and Wales again. Proceed with caution.) 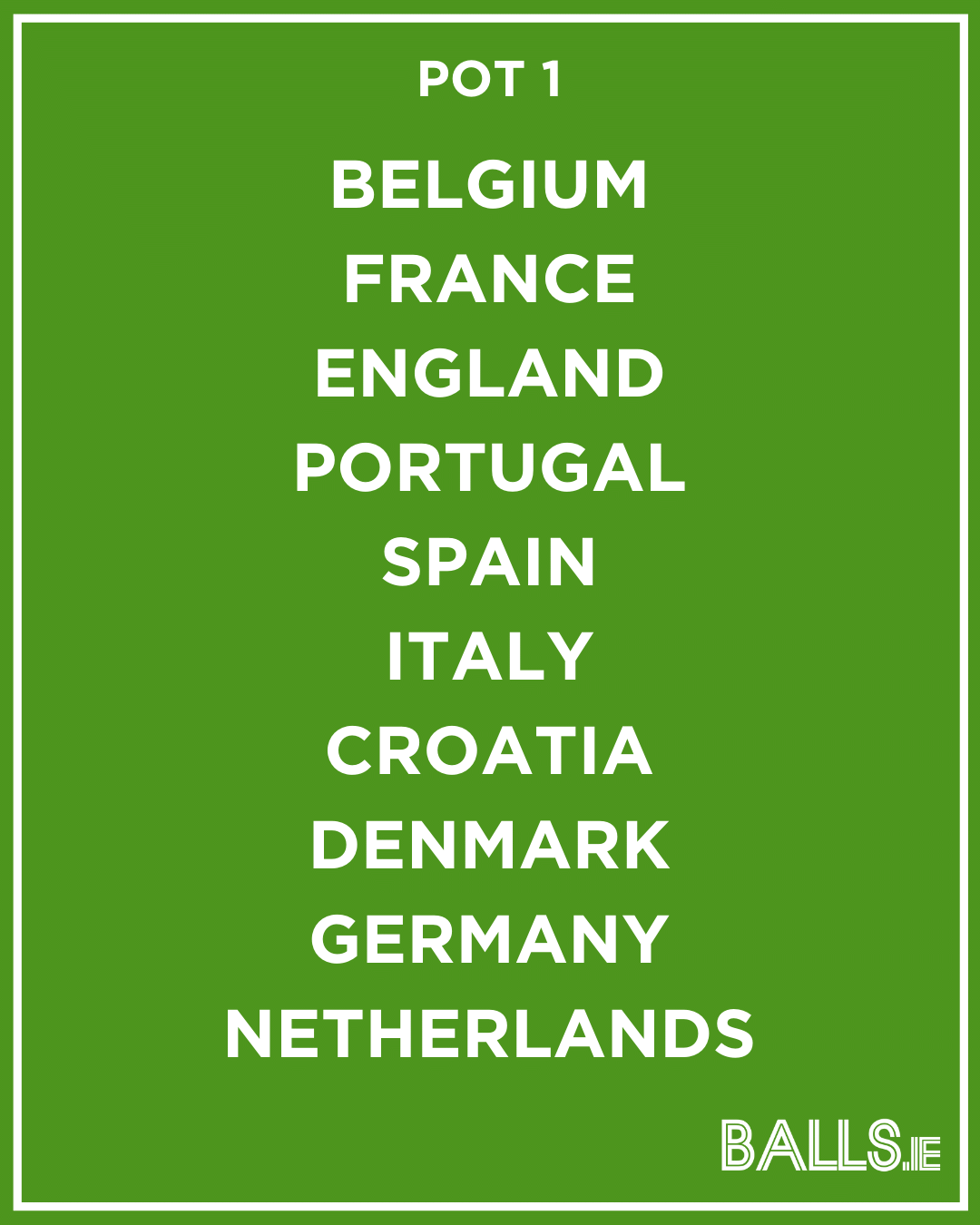 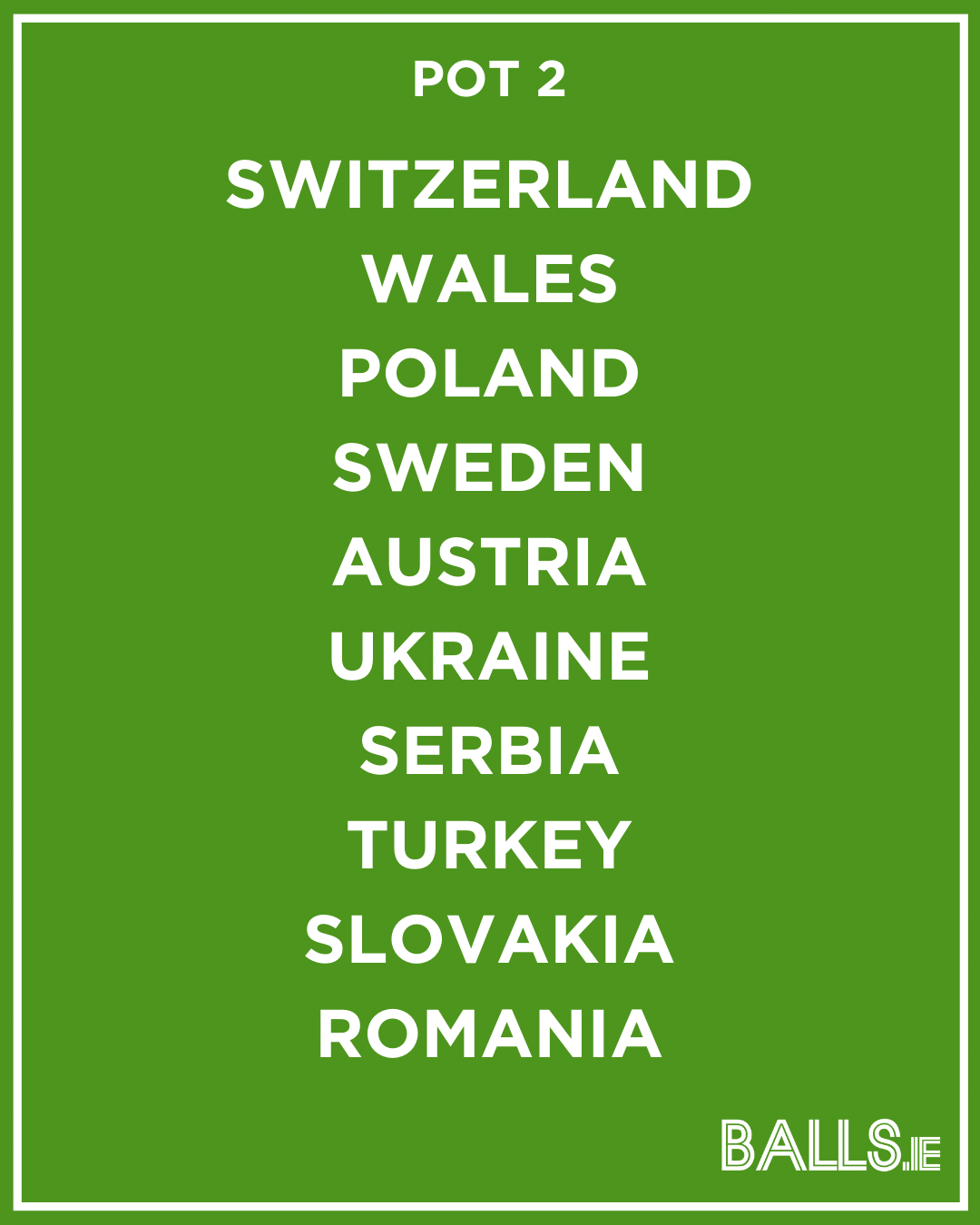 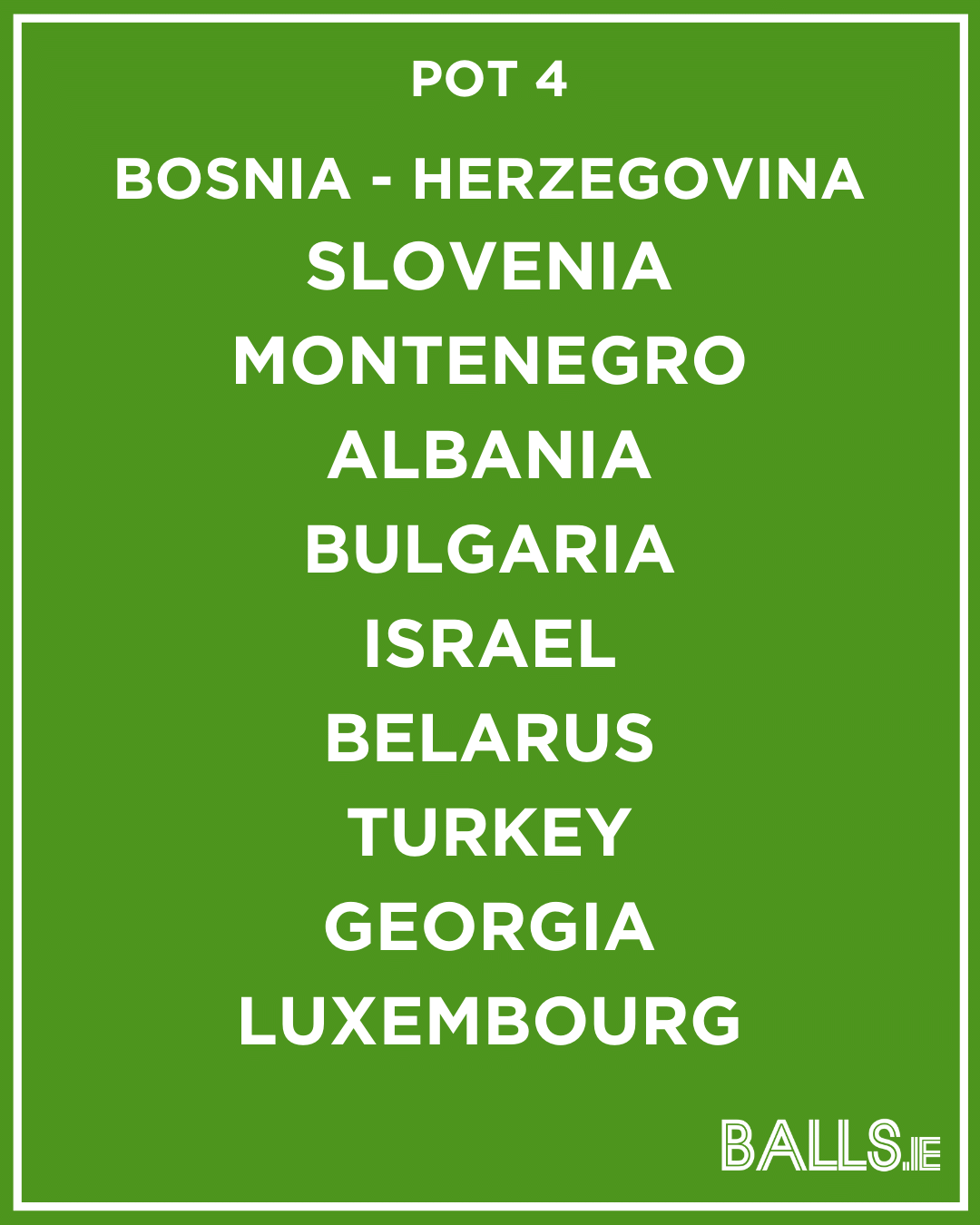 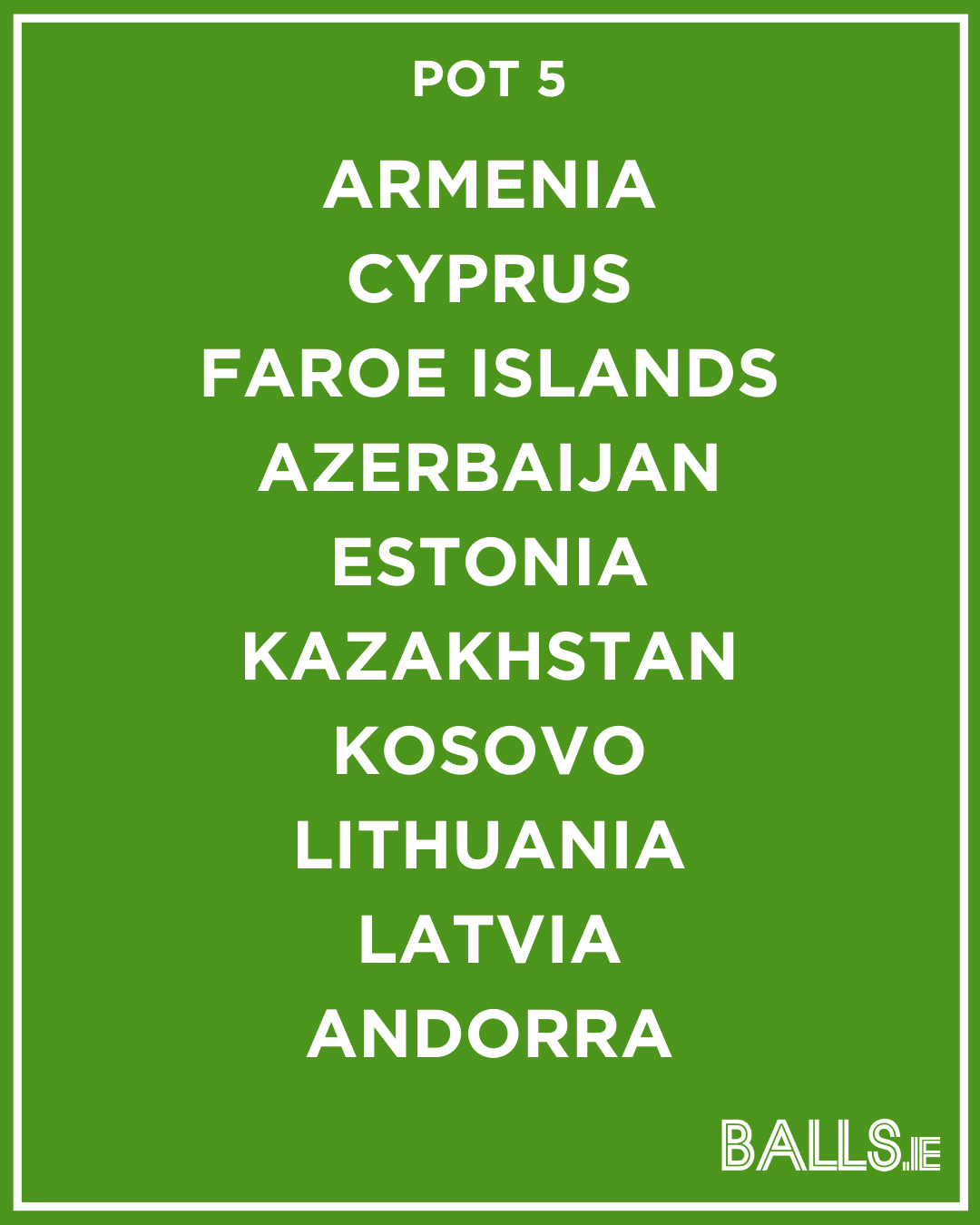 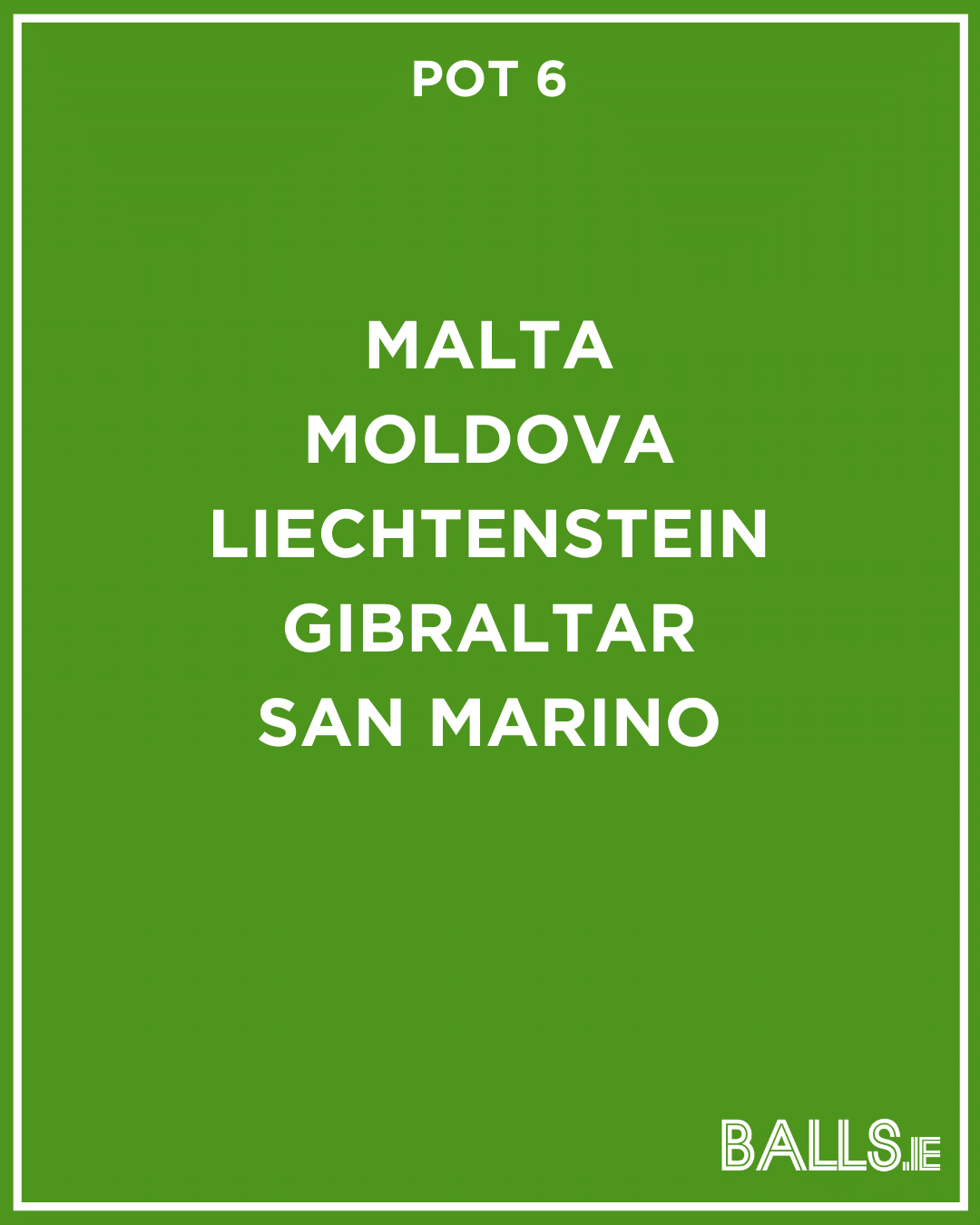 First of all, with three match international windows the schedule for the qualifiers, drawing a 5 team group would be ideal. Suspensions, injuries and fatigue will build up, and if we can avoid a trip to Moldova, all the better.

Let's face it, nobody wants to face Denmark again. But Denmark don't want to play Ireland either. Bored silly by us, and keenly aware of the Martin O'Neill/Mick McCarthy style, unleashing a new team built around our young, exciting crop, and a different style of play could catch them on the hop. And while any team in Pot 1 will rightly fancy their chances against Ireland, the Danes are by far the least scary. We saw just last week how easily and below strength and unmotivated England dissected Ireland at Wembley. Teams at that level are to be avoided at all costs right now.

The lowest ranked teams in Pots 2 and 4 are also the most desrireable. We're not in a vintage time for Romanian football. Their only recent qualification was in Euro 2016, when they finsihed bottom of the group and lost to Albania. They reached the same stage as Ireland for Euro 2020, losing to an over the hill Iceland team. Also, for an Irish team shorn of confidence, we only have ancient history with them. No ghosts to haunt us on a trip to Bucharest.

Luxembourg reaching the lofty heights of Pot 4 is a wonderful achievement for them, but is also a bit of a stretch. Their famous 0-0 draw in France in 2017 notwithstanding, Luxembourg's recent form hasn't been great, with six defeats from eight games in their recent Euro 2020 Qualifiers.

It's a case of pick your poison from Pot 1. France are World Champions, have insane strength in depth, and aren't likely to give Ireland much of a chance impose themselves on the game. While a lot of Pot 2 seem beatable if there's a lot of improvement from Ireland, Switzerland are the class of the bunch and are the team to avoid by quite a distance. This scenario also brings back memories of the doomed World Cup 2006 campaign.

That being said, we'd probably like to avoid Israel from Pot 4 too. However, we're torn between not being able to stand another two Ireland vs. Georgia games with the need to avoid the best team in the pot, Bosnia. For pot 5, avoiding the 13,000 mile round trip to Kazakhstan is surely essential. And while we want to avoid Pot 6 altogether, the recent memories of woeful performances against Gibraltar is enough to want to steer clear of them.

While not worst case scenario, the fact that a group involving Denmark, Wales, Ireland, Georgia, and Gibraltar is possible should make all Irish fans shudder.

SEE ALSO: Stephen Kenny Has Some Big Calls To Make Ahead Of World Cup Qualifiers 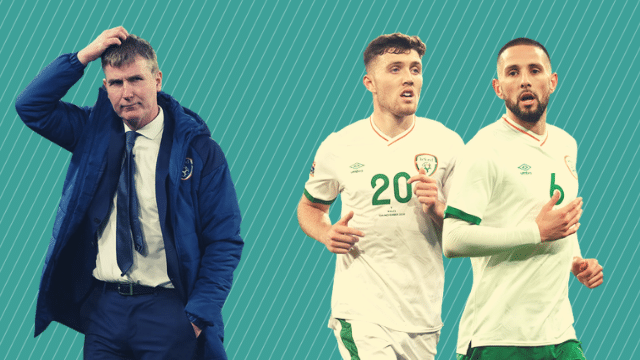