Who Knew That Ireland Were Twice Crowned World Football Champions?

Who could forget that famous night in 2004, when Robbie Keane scored a dramatic last minute winner against Czech Republic that saw Ireland crowned as World Champions?

Pretty much everyone as it turns out.

We do remember that game, a fairly nondescript friendly 2-1 win over the Czechs at Lansdowne Road in March of that year. What we didn't know was that result unofficially marked us as the best team in world football.

Now you may rightly be a bit confused.

The World Champions are traditionally marked at the FIFA World Cup, the flagship event of international football that takes place every four years. Unfortunately Ireland have never won that tournament, coming closest with their quarter final appearance in 1990.

In fact, only eight nations have lifted the trophy in 21 World Cups.

The 'Unofficial Football World Championships' is a concept that was coined by football journalist Paul Brown in 2003. It treats the title of 'World Champions' in the same manner as you would in boxing or the UFC.

England became the first title holders when they defeated Scotland in the second ever international football match back in 1873, with the first meeting between the two having finished as a draw.

From there on, the title would swap hands whenever the 'world champion' was defeated in an official game.

The title was swapped only amongst the home nations for over half a century (because they basically only played against each other). Ireland, then an all-island team, won the title for the first time in 1903 with a 2-0 win over Scotland in Glasgow. However, with this being the Belfast-based IFA team, Northern Ireland are counted as the ones that won this title.

Austria finally wrestling it away from Scotland in 1931, becoming the first team on the continent to claim the title.

With the championship beginning to travel the continents due to the World Cup, the Republic of Ireland's first crack at winning it didn't come until 1977. We won it at the first time of asking too, beating France 1-0 in a World Cup qualifier in Dublin.

Ireland would defend it once, a 0-0 draw with Poland, before losing it against Bulgaria. They would fail to win it back against the Bulgarians in the return game a few months later, drawing 0-0.

Our next opportunity came in a 1996 friendly when the Russians visited Dublin, a game Ireland would lose 2-0.

We wouldn't be found wanting a second time. Ireland defeated the Czechs in 2004, a team who had been on a remarkable 20-game streak with the title. That was the longest title retention in history up to that point. 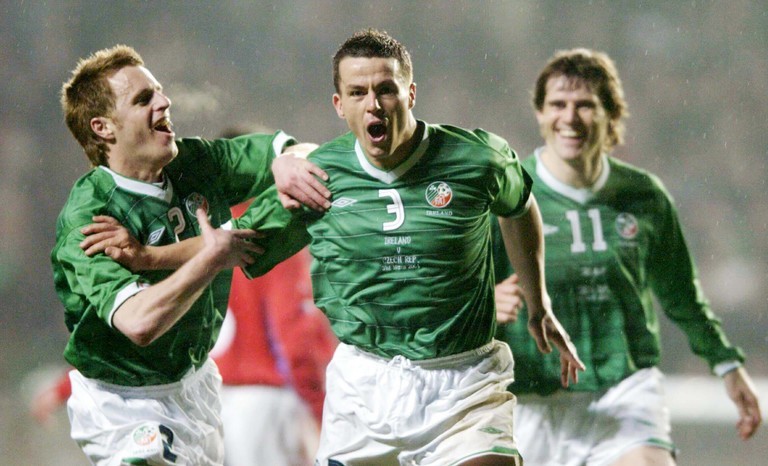 Brian Kerr's side would defend it against Poland and Romania, before allowing Nigeria to become the first African holders with a 3-0 win in May of that year.

We haven't had a title match since. In the meantime, the likes of North Korea, Bolivia, and Zimbabwe have held the title.

The current holders are the Netherlands, who took over after their win against Germany in June of last year.

You can see more info on the Unofficial Football World Championships website, including a full list of title matches.

Meanwhile, we will be waiting in the long grass for next go at the world champions...

SEE ALSO: The Euro 2020 Video Game Is Now Available To Download For Free

Football
5 days ago
By Gary Connaughton
Quiz: Name The Irish Player That Played For This International Club
Previous Next