Considering that Ireland only qualified for a first major tournament in 1988, it is mad to think that the majority of players in our footballing history never got the chance to grace that stage.

Looking back, we have produced some ridiculous talents that never got the chance to play in a World Cup of European Championships. We have attempted to make a team out of those players, and it would take some beating.

Having started out with Bray Wanderers and Drumcondra (where he won the League of Ireland), he would make the move to Preston North End in 1958, ending his career there 15 years later. He spent time in both the First and Second Division at Preston.

He would go on to manage Ireland for one game in 1980, before managing Preston for a couple of seasons. His son Alan would go on to earn 34 international caps of his own in the 90s and 00s.

Part of the first English team to win the European Cup, Shay Brennan made 359 appearances for Manchester United from 1957-1970. Born in Manchester to Irish parents, he became the first player to represent Ireland under the 'granny rule'. It's safe to say he set a trend.

Brennan operated at right back, winning two league titles and the European Cup during his time at Old Trafford, starting that final against Benfica at Wembley. He also won 19 caps for Ireland, finishing off his career at Waterford. He would go on to manage the League of Ireland side to two league titles immediately after retiring.

A man many of the younger generation are not all that familiar with, Johnny Carey is one of the most decorated Irish footballers of all-time.

Dubliner Carey joined Manchester United in 1936 at the age of 17, signing for a then League of Ireland record fee of £250 from St. James's Gate. The early years of his career in Manchester would be robbed by World War II, with the defender playing throughout the war period and even joined the British army in the 1940s. He was named club captain after the war, going on to win an FA Cup in 1948 and the league title in 1952.

He was part of the first team to beat England on home soil when Ireland beat them 2-0 at Goodison Park in 1949. Later that year, he was named as the Football Writer's Player of the Year in England. He also played nine times for Northern Ireland (or the IFA XI as they were then known), with players regularly swapping between the two teams at the time.

Carey later went on the manage Ireland for 12 years in the 50s and 60s. He actually played in nine different positions for United, including as goalkeeper. We think he would be okay to play at centre back on this team.

A native of Cork, Charlie Hurley had a long career in English football. He joined Millwall at the age of 17 back in 1953, spending four years at The Old Den. However, it was at Sunderland where he would make his name.

Hurley spent 12 years in the North-East, making over 400 appearances for the club. He helped the club achieve promotion to the First Division in 1964, being narrowly pipped to the Football Writer's Player of the Year award by Bobby Moore, an unthinkable achievement for a second tier player these days. He left the club in 1969 for a two-year spell at Bolton.

During this time, he won 40 caps for Ireland, no small number for that era. In 1979, he would be named Sunderland's Player of the Century by the club's supporters. 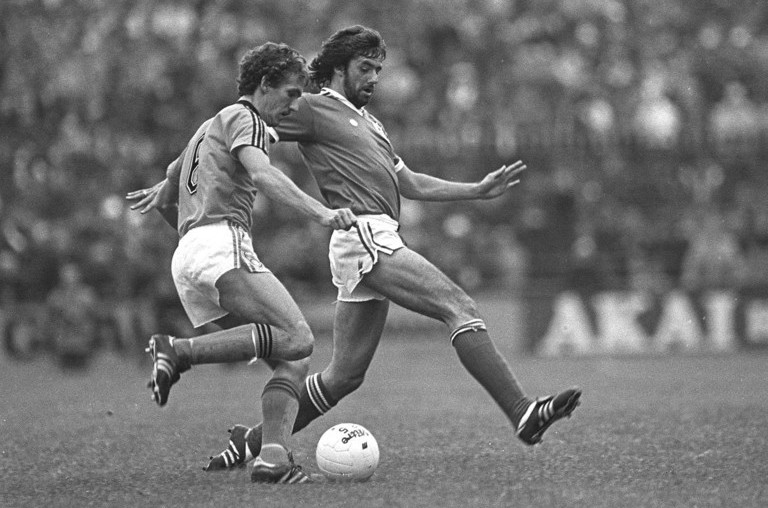 Mark Lawrenson probably isn't appreciated enough by Ireland fans. Perhaps it is down to the fact that he retired from international duty just before Ireland's golden era, but it is difficult to overstate just how special he was for Liverpool.

He formed one of the greatest centre back partnerships of all time with Alan Hansen, winning five league titles, three League Cups, a European Cup, and one FA Cup at Anfield. He was also named to the PFA Team of the Year on four occasions.

Lawrenson won 37 caps for Ireland, with his last coming one year before the team qualified for Euro 88.

He's playing out of position here, but we had to include Stephen Carr. Twice named in the PFA Team of the Year, he was desperately unlucky to miss out on the 2002 World Cup due to injury.

He would have won far more caps for Ireland in any other period, but had to compete with Gary Kelly and Steve Finnan in what was a golden era for Irish right backs. Carr retired from international football at only 31-years old in 2007, meaning he is the greatest Irish player of the modern era who never played in a major tournament.

Manchester United paid £20,000 to sign Gerry Daly from Bohemians back in 1973. That was no small change. While the club suffered relegation in his first season, they soon bounced back to the First Division.

Daly made 111 appearances for the club making his name as something of a penalty specialist. He scored 16 of the 17 spot kicks he took for United, with his 94% success rate one of the highest in the club's history. He would go on to play for Derby County and Coventry City, also in the First Division.

The Cabra native scored a thoroughly impressive 13 goals in his 48 Ireland caps, thriving as an attacking midfielder. He will certainly do a job out wide in this team.

It's an absolute crime that John Giles' talents never graced the World Cup. Considered by many as the greatest Irish player of all time, the closest he came was the World Cup play-off against Spain in 1965.

Giles was perhaps the best midfielder of his generation in English football, winning two league titles, an FA Cup, and playing in a European Cup final during his time at Leeds. There is also the FA Cup he won at Manchester United. In fact, it is rumoured that Matt Busby once said that selling the Dubliner was the biggest mistake he made in football. 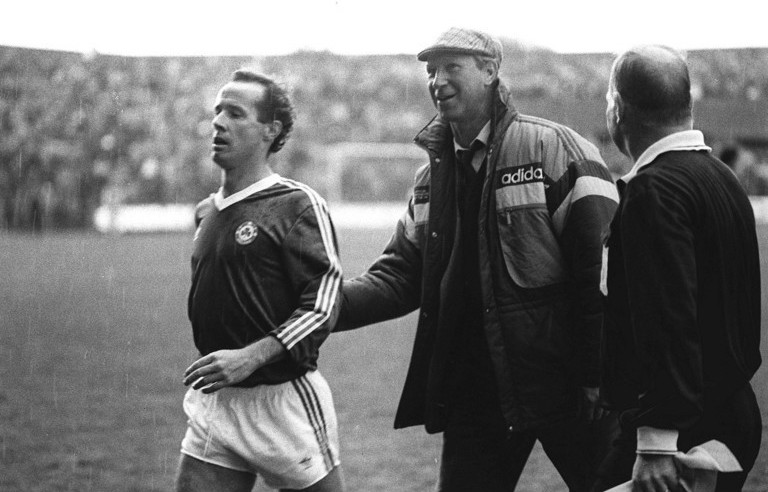 Liam Brady came closer to playing in major tournament than anybody else in this team. He played every game of the Euro 88 qualifying campaign which included a vital equaliser in the opening game against Belgium. However, a mix of injuries, as well as a suspension after seeing red in the final game of the group, ensured he would not make the final squad.

There is very little we can tell you about Brady that you don't already know. He was PFA Player's of the Year in 1979, making the team of the year on three occasions. You can also add an FA Cup and two Serie A titles with Juventus to that tally.

Brady would actually play for Ireland after Euro 88, playing in two qualifiers in the following campaign only to then retire. When he attempted to backtrack on that after Ireland qualified, Jack Charlton made it clear he would not be selected.

Though he was born in Dublin, Steve Heighway moved to England to be educated early in his life. Football was never really that much of a priority. He played studying for his final exams at university when he was spotted by a Liverpool scout at the age of 22.

The rest is history. Heighway went on to establish himself as one of the key players in the team under both Bill Shankly and Bob Paisley. His personal honour roll is one that can be matched by few Irish players: four league titles, two European Cups, two UEFA Cups, a League Cup, and an FA Cup. He would have had a few more honours had he made more appearances in his later seasons at the club.

Heighway went on to become director of the Liverpool youth academy, helping to mould some of their brightest talents over the following decades. In 2006, he ranked 23rd on Liverpool's 'Players who shook The Kop' list.

While Don Givens moved to England to join Manchester United, it is with Luton Town and QPR that he would make his name. He hit his prime while at the latter, winning promotion from the Second Division and helping the club compete near the top of first tier in the following seasons. They finished second behind Liverpool in the 75/76 season.

Givens earned 56 caps for Ireland from 1969-1981, scoring 19 goals. He would be the country's top international goalscorer until Frank Stapleton surpassed him.

Givens would go on to manage the Ireland U21 team for ten years, also acting as caretaker for the senior team on a couple of occasions. 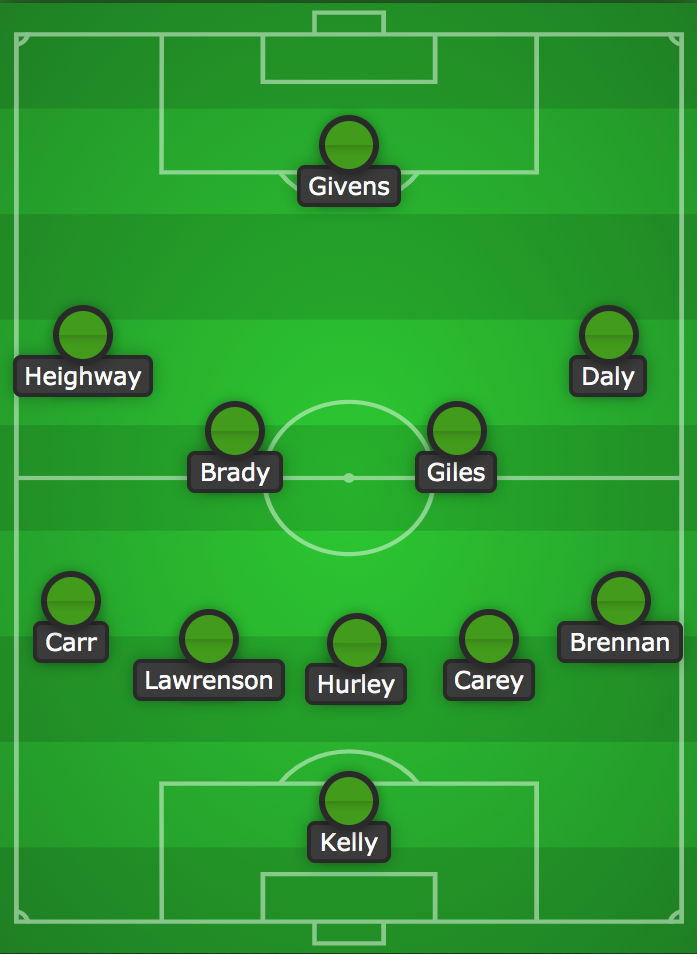 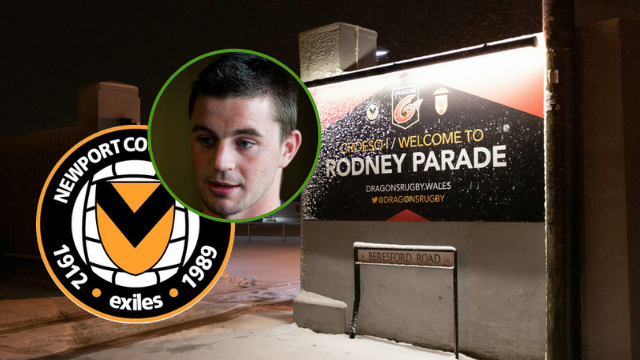 Football
19 hours ago
By Gary Connaughton
Quiz: Name Every Irish Player To Feature In The Premier League This Season
Football
23 hours ago
By PJ Browne
McGeady Questions Why He Got So Much Abuse For Choosing Ireland
Previous Next