With Europe growing tetchy by the day, the 1940s fast approaching, Jules Rimet had a problem: Italy were world champions and, thus, in possession of the World Cup. Fearing the Nazis would arrive in Rome and steal Fifa's prized artefact, then then-President of Fifa headed for the Eternal City, with the sole intention of recovering the trophy until whatever it was that was brewing died down.

After locating the trophy, he returned home and placed it in the safest place he could think of - under his bed (some accounts claim it was placed in a shoe box belonging to Ottorino Barassi, the Vice-President of Fifa at the time). It remained there until peace was declared midway through the next decade and when Rimet eventually reached under his bed he found the gold statuette gleaming, just as it was the day he hid it.

By the time Uruguay received the eponymous prize at the Maracana in 1950 nobody knew any different. Mission accomplished.

While not exactly at the same level as Europe in the 1940s there has also been turbulence within the confines of Irish football since one of their prized footballing assets last lined out for the national side, and heading into the most important seven days of his second coming Mick McCarthy could have been easily tempted to reach for the hibernating Robbie Brady, a player central to so many pivotal moments in the recent history of the side. 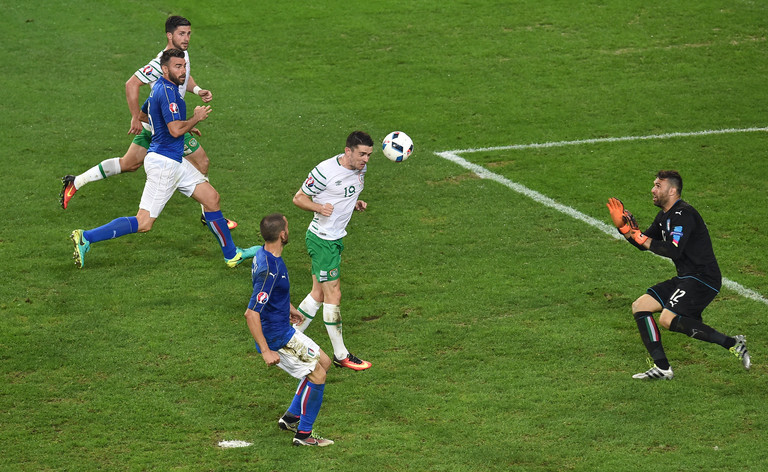 There was that rather consequential header in Lille, the crucial play-off goal in the Bosnian fog and, of course, his last minute goal during the early summer encounter with Gibraltar. But he has also conveyed a general sense of ubiquity on the pitch, especially when the side are playing well, that has been sorely missed in his absence.

Unlike the Jules Rimet trophy one of McCarthy's prized assets has, to put it mildly, gone rusty,  having accumulated just two appearances in the Premier League this season, amounting to approximately 15 minutes of football in total. While Fifa's treasure immediately returned to its place at the centre of world football, after some dark years had left it completely unaffected, Brady's route back to the fold has been bestrewn with potholes. A rib injury suffered in pre-season has been the cause of this unfortunate absence and, though not overly serious, his return to regular action is still proving rather complicated.

When the Republic of Ireland manager named his team last week the Burnley man was probably the most notable absentee though it came as no surprise. McCarthy has reiterated all along the need for players to accumulate minutes and Brady's reputation doesn't make him exempt from a reasonably fair policy.

"I’ve said all along if you are playing in the Premier League and scoring goals,"the Irish manager explained, "then you have a chance."

The problem for the player in question is he has neither the former nor the latter which is bound to frustrate McCarthy just as much as everybody else and, in fact, it's commendable the 60-year-old has resisted the urge to recall the player to the squad. 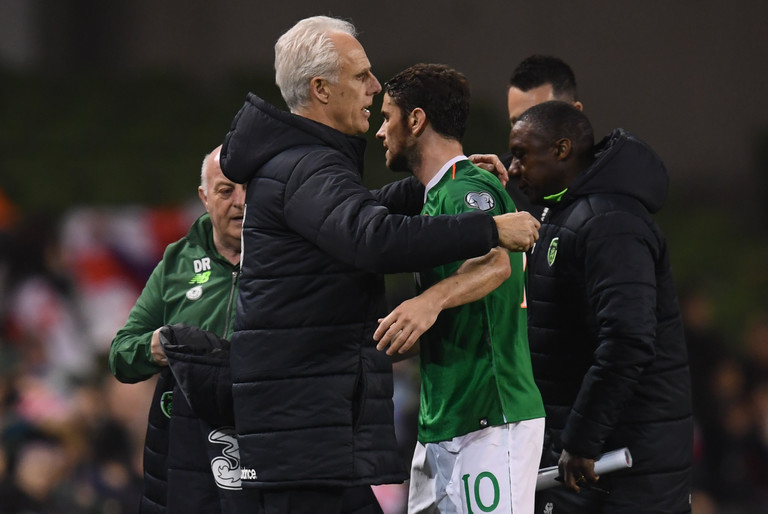 However its difficult to ignore just what Brady would bring to the circumstances the Irish side currently find themselves in. Versatility, at present above any time, would prove hugely beneficial.

As well as being capable of slotting into the full-back role which has been vacated by Enda Stevens due to suspension, there remains a dearth of wingers in the squad with the experience of recent Premier League football. Callum Robinson and Aaron Connolly aren't exactly unfamiliar with the positions but neither are they out-and-out wingers which, as a consequence, furthers the case for Brady's inclusion. Moreover, the player could have slotted into that attacking midfield role meaning, all things considered, he was guaranteed to start had he played the requisite minutes for the Clarets.

Instead of heading for Tbilisi however he remains at Gawthorpe Hall, possibly dedicating this international window to proving his worth to Sean Dyche which, as of now, seems as demanding a task as any. The Burnley manager has reportedly told the Irish manager about the "twinkle" returning to the player's eye on the training ground; otherwise there has been nothing but white noise emanating from Turf Moor in relation to the Irishman.

That's obviously worrying. The major caveat behind it all is Brady now has one international window remaining to break into the Irish squad: next month. Of course he could still break into the squad between then and next summer but that may require a serious run of form when the club seems to have began the season fairly settled.

Nevertheless, he has four club games to prove his worth with the outfit before next month's window and all four fixtures look rather tricky. Leicester City, Chelsea and West Ham have all made solid starts to the season while newly-promoted Sheffield United have conceded only one goal more than league leaders Liverpool after eight games.

If the 27-year-old was hoping to leave a mark its not exactly the easiest run for him to do so. But they're the cards he's been dealt. What makes Brady's challenge more difficult again is the fact the club are sitting comfortably in seventh on the Premier League table, and with no secondary competitions to cause a distraction for now, the team is looking relatively settled. So it's difficult to see Dyche diverging from what has worked reasonably well thus far.

"Consistency is the key, " Dyche told Sky Sports last weekend, and thrusting Brady into a starting berth would be anathema to that very mantra. 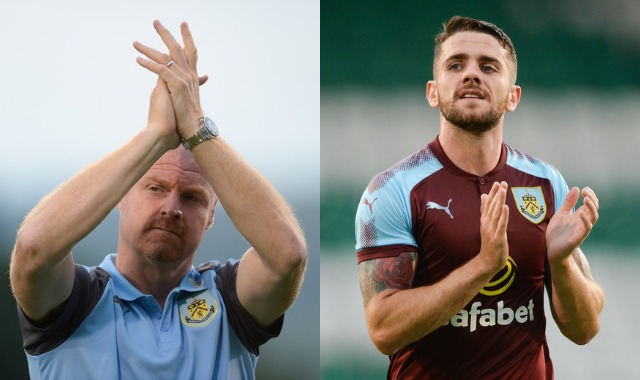 Additionally, an injury to left-back Erik Pieters against Everton last Saturday left the door slightly ajar for Brady but Dyche called upon Charlie Taylor to fill in, which doesn't exactly bode well for the Dubliner either. It could also be argued that Jeff Hendrick, who scored two goals in his last four games - more than his previous 30 combined, is gradually morphing into a player ideal for an attacking midfield role, one Brady has always looked at home in. Another worrying development for the 27-year-old.

And while it's far from a catastrophe for Brady's career at the moment, such events have a a habit of creeping up on a player. Already there's a nagging sense that he's swimming against the tide and the current is only getting stronger. Keeping such unwelcome thoughts out of his head is a challenge in itself and one that is only going to brew over the coming weeks.

The Jules Rimet trophy, for all the French man's acuity, was still stolen - twice - in the years following World War II when he must have felt, considering the luck it had already been afforded, that such a feat was near-on impossible. Irish fans can only hope their midfielder can brush off the rusty shackles and rediscover his form sooner rather than later but that, too, is looking like a near impossible achievement for now.
The World Cup's eventual fate, however, proves nothing can be taken for granted. At the risk of sounding trite, anything is possible.