When Troy Parrott made his Premier League last December, he joined an exclusive list. At the age of 17 years 10 months 3 days, he is the seventh youngest Irishman to debut in the English top flight since it was rebranded in 1992.

While one would assume his career would go from strength to strength over the next few years, some other names in the top ten show that is certainly not a given.

We have looked at the 11 youngest Irish players to make their Premier League bow, and their careers were certainly a mixed bag.

Forde found himself at Wolves at a time when there was no shortage of Irish players at the club, with the winger one of nine in and around the first team squad.

Having joined their academy in 2009, the winger would make his senior debut two years later in November of 2011 in a 3-0 loss at Chelsea. Forde would make five more league appearances as the season ended in relegation.

Having fallen out of favour upon their return to the Championship, the Limerick native would spend some time on loan at Scunthorpe before permanently leaving the club in 2014. He would go on to have successful stints at both Walsall and Rotherham, before joining Oxford United in League One last summer.

Making his Premier League bow at the exact same age as Forde, Sheridan made his league debut for Coventry on October 31st of 1992. He would be unable to capitalise on the opportunity, playing only eight more times over the next three years before returning to Ireland.

Here he would sign for Shelbourne, experiencing immediate success in his debut season. Sheridan played a key role as Shels secured a cup double, winning both the League of Ireland Cup and FAI Cup. He was also named as the league's player of the year.

Another FAI Cup followed in 1996, but after narrowly missing out on the league title in 1998, his career began to fizzle out somewhat. The midfielder spent one season at Portadown, before an unsuccessful stint with Dublin City.

His last act in the league would be as part of the Shamrock Rovers side who were relegated in 2005. 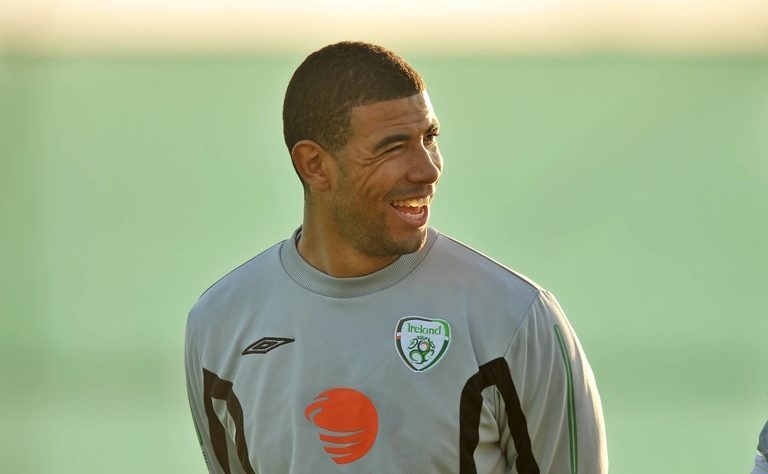 Not a bad way to mark your 18th birthday. While most of us spend our first day in adulthood down the pub, Leon Best marked his with a Premier League debut in Southampton's 2-1 loss to Newcastle in September of 2004.

The striker failed to establish himself as a regular until the second half of the 06/07 season, which culminated in a run to the play-offs. He started the second leg of their tie against Derby County, where he scored an own goal and missed a penalty in the shootout as they fell to defeat.

He moved to Coventry City upon the expiry of his contract at the end of that season. He would show some strong form at Coventry, enough to earn him a call-up to the Ireland team. He would earn seven caps in 2009 and 2010.

Best signed for Newcastle in February of 2010, but his career soon became derailed by injuries. He would not make his full league debut January of the following year, although he would mark the occasion with a hat trick.

After moving to Blackburn in the summer of 2012, he immediately suffered a cruciate injury. He failed to rediscover his form on loan at the likes of Derby and Brighton, and has been without a club since leaving Charlton in 2018.

Having come on as a substitute for Blackburn in their 4-0 loss at Liverpool in April of 2009, things never really got going for Aaron Doran at the club. He only made two further appearances for the club, spending time on loan at MK Dons and Leyton Orient, as well as Inverness Caledonian Thistle.

He mad a big impact north of the border, so much so that they signed him on a permanent deal at the end of the 2010/11 season.

The Corkman has remained at the club ever since, where he has made well over 200 appearances and won a Scottish Cup an Scottish Challenge Cup.

Despite his youth, Parrott only makes seventh place on this particular list. Of course, the story of his career has yet to be written.

He is the brightest prospect we have produced in some time, and one would hope he will continue on his current upward trajectory.

Boland would spend six years at Coventry after his debut in May of 1993, but never really established himself as a first choice player. He would depart in the summer of 1999 having made 63 appearances.

After initially struggling after his move to Cardiff City, including a leg break at the start of his second season at the club, the Clare native eventually became a fan favourite. He was even named the club's player of the year on one occasion, and would go on to spend seven years in Wales.

After moving to Hartlepool in 2006, the player was forced to retire in 2009 having missed over 14 months of action due to a knee injury. Boland would come out of retirement in 2010, playing one game for Limerick City in the League of Ireland First Division. He would also act as the club's interim manager for a time in 2017. 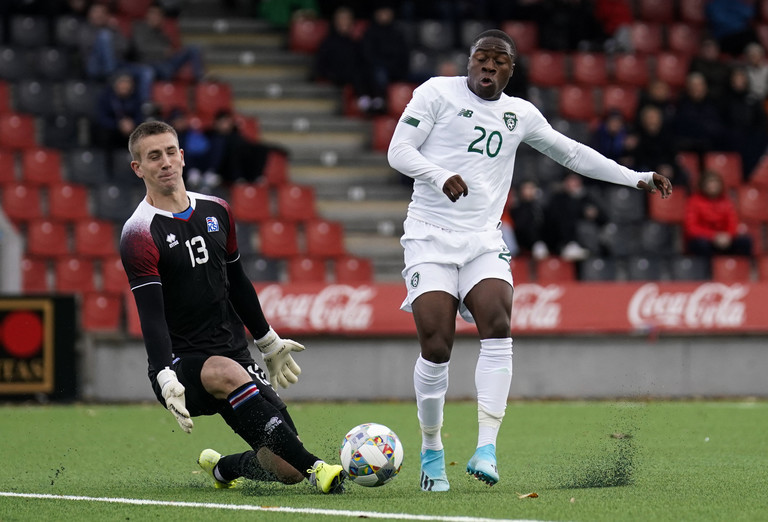 Obafemi burst onto the scene as a hugely exciting prospect in January of 2018, becoming Southampton's second youngest Premier League debutant, after Luke Shaw, when he played in their 1-1 draw with Spurs.

He would impress over the proceeding months with potential a tug of war would emerging over his international future. England and Nigeria were both credited with an interest in bringing him aboard, but Obafemi would commit to Ireland in November of 2018. He made his international debut in the Nations League game against Denmark.

Having scored his first Premier League goal in a win over Huddersfield a few weeks later, the player's progress appeared to stall, mostly down to injuries.

However, has played in nine of Southampton's last 12 Premier League games, scoring two goals. Having only turned 19-years old in July of last year, he still has a very bright future ahead of him.

Maybury made his debut in a 3-0 loss at Aston Villa in 1996, but the Dubliner could never nail down a place at Leeds United. 14 appearances was all he could muster over the following five years, acting as the understudy to fellow Irishman Gary Kelly.

Showing no signs of ousting Kelly from the side, and having spent time on loan at Reading and Crewe, Maybury moved to Hearts in 2001. It was here he would enjoy the best form of his career, earning ten Ireland senior caps up to the year 2005.

He would follow former Hearts boss Craig Levein to Leicester City in 2005, making 85 appearances in a three year period. Spells with Colchester and a number of Scottish clubs would follow, before the player would ultimately finish his career with Falkirk in 2015.

Having moved into coaching, Maybury is currently at St Johnstone.

Andy Turner looked set to have a very bright future in the game after starting for Terry Venables' Spurs side in the on the opening weekend of the first Premier League season. That hope was only cemented as the campaign went on, with Turner making 21 appearances and scoring four goals as Spurs finished eighth and reached an FA Cup semi-final.

After Venables left the club and was replaced by Osvaldo Ardiles, he fell out of favour. He spent time on loan at various clubs down the football pyramid before joining Portsmouth permanently in 1996. Despite making 40 appearances over two years, his career continued on a downward spiral from this point.

Before hanging up his boots in 2008, his career would take in a remarkable 28 clubs, the vast majority of which were in the non-league. 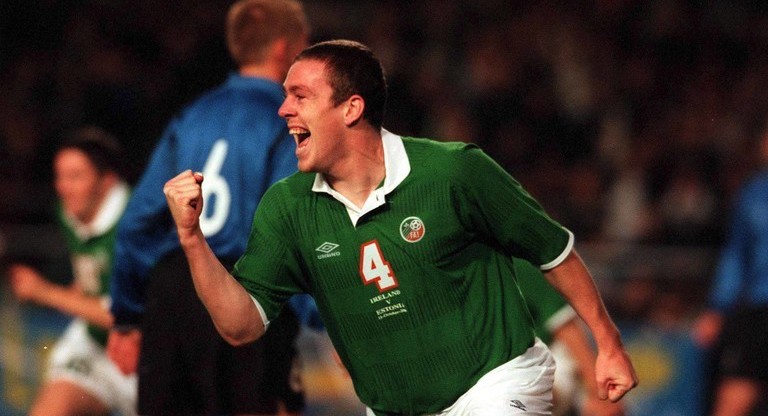 We're not quite sure what came of this lad.

Dunne made debut for Everton in January of 1997 under Joe Royle and would go on to make 60 appearances for the club up to 2000, mostly at right back.

It was after he followed Royle to Manchester City that his career really took off. He soon became a fixture in the Ireland squad, and was an unused member of the 2002 World Cup squad. In his time at City he would be named the club's player of the year on four occasions, as well of Ireland's player of the year twice.

After moving to Aston Villa, he was named in the PFA Team of the Year in 2010.

That is before we mention his exploits at international level. Dunne put in some heroic performances during his 80 caps, most notably that game in Moscow. Safe to say that Dunne certainly fulfilled his potential.

Stephen Carr remains Spurs' youngest Premier League debutant, having played less than month after his 17th birthday in September of 1993. While it would take another couple of seasons before he became a regular contributor, Carr would become a key player at White Hart Lane for well over half a decade.

He would make well over 200 appearances for Spurs, being named in the PFA Team of the Season in 00/01 and 02/03. He was also Spurs player of the year on two occasions.

A move to Newcastle United came in 2004, where injuries limited his impact. He still had a very successful stint in the North-East, as he did at Birmingham City.

While Carr would earn 44 caps at international level, he was severely unlucky not to earn more. Ireland had an embarrassment of riches at right back at the time, with Gary Kelly and Steve Finnan also starring at the time.

Still, as Ireland's youngest Premier League player, he was also amongst the best.