Notts County are currently bottom of League Two. 37-year-old Doyle, who has one cap for the Republic of Ireland, joins the side ahead of their crucial clash with league leaders Lincoln City tomorrow.

TRANSFER: Coventry City can confirm that Michael Doyle has left the Club to join Notts County.

Meanwhile, Wolves and Ireland U21 prospect Connor Ronan has left the club on loan to join Streda in the Slovakian Super League. He spent the first half of the season with League One side Walsall, where he played 15 appearances in all competitions.

Ronan is the second young Irish player to move to the continent on loan in recent months. Former UCD player Simon Power also left Norwich to join Dutch second-tier side Dordrecht on loan. Power signed a new two-year contract with the Championship club before completing the deal. 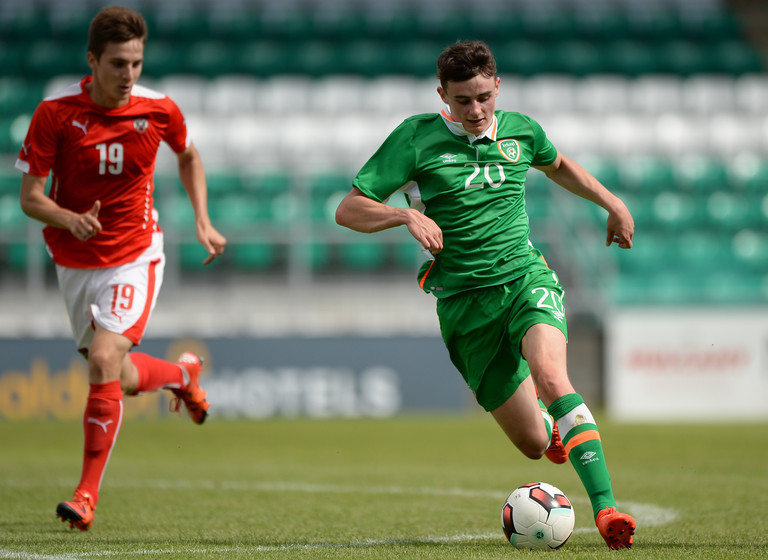 Few Irish players are currently playing on the continent, but Ronan, Power and Inter Milan's Ryan Nolan represent a new generation of youngsters breaking the mould.

Football
2 years ago
By Mikey Traynor
Watch: Kevin De Bruyne Surprises Ireland U21 International With Request For His Shirt
Previous Next

Football
4 months ago
By Balls Team
Ireland U21 Midfielder 'Loving' Time On Loan In Slovakia
Football
7 months ago
By Maurice Brosnan
The Most Exciting Irish Prospect At Every Premier League Club
Football
2 years ago
By Mikey Traynor
Watch: Kevin De Bruyne Surprises Ireland U21 International With Request For His Shirt
Popular on Balls
Rugby
7 hours ago
By Balls Team
'That's Ireland's Achilles Heel' - O'Driscoll Identifies 'Blueprint' To Beat Ireland
5

Rugby
10 hours ago
By Balls Team
Everyone Is Blaming Bono