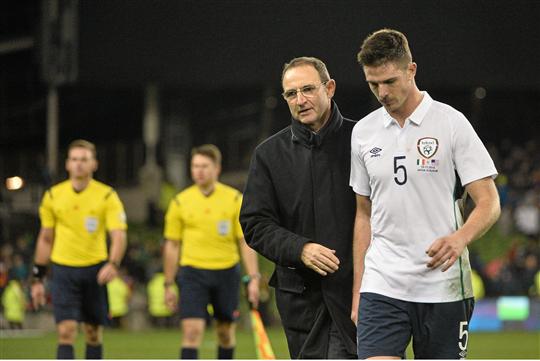 He's already signed James McClean and now Tony Pulis is looking close to home to bolster his Irish options once more. The West Brom boss is reportedly trying to convince Aston Villa defender Ciaran Clark, to make the short move from Villa Park to the Hawthorns.

Clark is out of contract at the end of the season and, according to the Mirror, Villa are eager to tie him down to a new deal as soon as possible. With the possibility of Ron Vlaar leaving for free this summer growing increasingly likely, Tim Sherwood would understandably be reticent to see another key defender depart the club.

Many fans would argue that Clark has been curiously underused during his Ireland career and that's an opinion that certainly holds credence when you take into account some of his performances last season. With Micah Richards already on the way into the club, increasing Villa's defensive resolve will be high on Sherwood's list of priorities.

Losing two of his first choice centre halves would not be a great start to that so if Pulis is serious about bringing Clark to West Brom, he may have to make a very enticing offer.