Many will remember the efforts of Paolo Di Canio in 2001, Barcelona’s UNICEF sponsorship in 2007 and Marcelo Bielsa and Leeds United’s goal reversal against Aston Villa in 2019. There have been many examples over the years of conduct indicative of the award.

A relatively under the radar fair play honour came 24 years ago. Accompanying Slovakia’s Josef Žovinec, who played 60 years of amateur football without receiving a yellow card, and Julie Foudy, who made efforts to combat child labour, was the Republic of Ireland fans.

The Republic of Ireland were left distraught after bowing out of Euro 1996 qualifying in Jack Charlton's last game in charge. A draw of Romania, Lithuania, FYR Macedonia, Iceland and Liechtenstein stood between the boys in green and a trip to France. Mick McCarthy was given the task to pull it off.

It was a difficult challenge for McCarthy from the get-go. An ageing squad coupled up with a tough act to follow from. His friendlies before the 1998 World Cup qualifying campaign left little to be desired. Ireland won just one of eight games in the build-up and it was evident they had to up a gear. 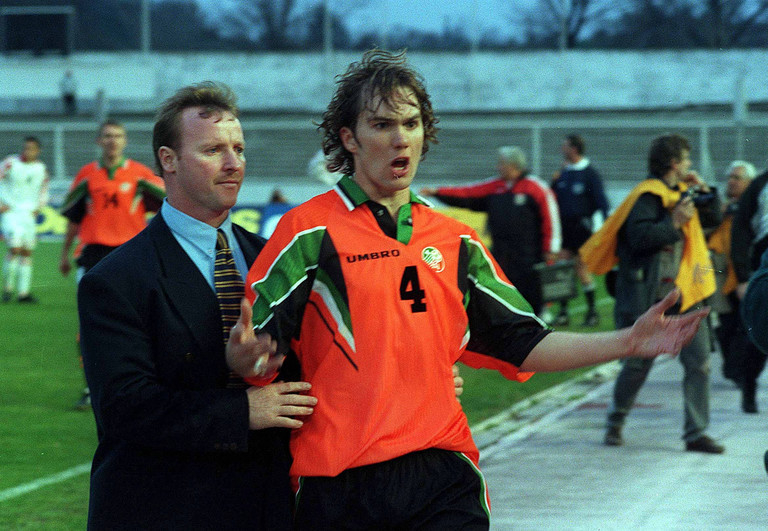 The qualifying group started well. Wins away to Liechtenstein and at home to Macedonia saw them score eight goals and take home a maximum of six points. Things didn't continue as well as a 0-0 draw with Iceland and a 3-2 defeat to Macedonia quickly followed suit. It all depended on a result against Romania.

Unfortunately, the result they needed wasn't earned and Ireland lost 1-0 in Romania to end their hopes of topping the group. However, a young David Connolly and 35-year-old Tony Cascarino fired them towards a strong finish in the last run of games with wins over Liechtenstein, Iceland and Lithuania.

The first leg was held at Lansdowne Road and Denis Irwin opened the scoring with a cracker of a free-kick. Another strike from outside the box fell to the way of Belgium, with Luc Nilis the bearer of bad news. 1-1 at half-time and the game finished one goal apiece after ninety minutes. Brussels would decide it. 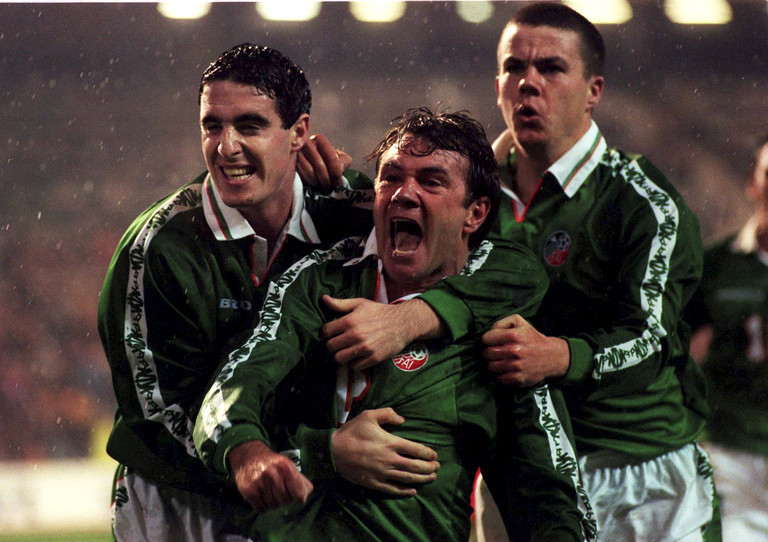 It was a landmark game for Ray Houghton as he would score his last goal for his country. A looping header was the answer to Luis Oliveira's opener and the game drew level at 1-1. Unfortunately for Irish hopes, Luc Nilis was the nightmarish figure and scored a late goal to put Belgium through. Ireland were out.

It wouldn't be a Republic of Ireland World Cup qualification heartbreak without some controversy. The referee had overturned an Irish throw-in which ultimately led to Nilis' goal to win the game. It should have sparked outrage for fans in the stands, but their good behaviour stood out to the sports' governing body.

Leaving With Some Reward

FIFA was impressed by how the Republic of Ireland fans handled themselves throughout the World Cup qualifying campaign. An RTÉ archives clip from 1997 shows 1,200 fans travelling to Reykjavik despite Iceland only hosting twelve Irish citizens prior. An Irish pub even slashed their drink prices in half for the visit.

Ireland away in Reykjavik in Sept 1997, featuring a youthful @Corktod and an even more youthful @kdkilbane77 who clearly inspired Robbie Keane’s turn of phrase. Some craic and familiar fans. pic.twitter.com/JQNzNI9h6b

Irish fans conduct during the campaign was held in even higher regard due to the actions of England fans a week before the final qualifying game in Brussels. Many English fans had bought tickets from touts for their game against Italy in Rome and ended up clashing with Italian's in the home section.

Before the Brussels match, the Belgian FA issued a double away allocation of 7,000 tickets for Irish fans to deal with the touts debacle that happened in Rome. In general, it would have been a risk to allow so many visiting fans into the stadium but given the nature and reputation of the Irish fans, the risk was quite low.

During the 1998 World Cup qualifying campaign the Republic of Ireland supporters travelled in their droves to some extremely obscure destinations. Skopje in Macedonia, Eschen in Liechtenstein and Vilnius in Lithuania to name few. Especially when flights weren't as regular as they would be now. 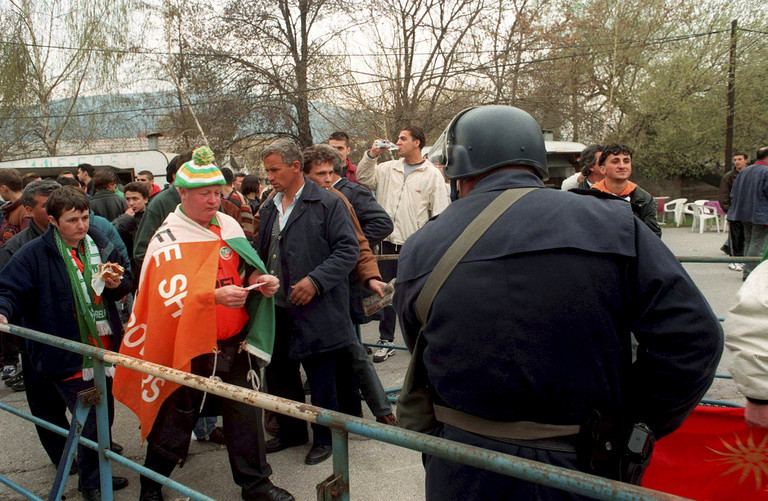 Given the fact that the Belgian match ended in such controversy and the enlarged Irish support showed no signs of retaliation - it only added to FIFA's gravitation towards them. On the night of the awards ceremony in January 1998, the fans were praised for their "general good humour and excellent behaviour."

Irish fans have earned the plaudits of sporting organisations since, most recently winning a UEFA award for their conduct during the Euro 2012 campaign held in Poland and Ukraine. Despite incidents of fans overseas, and not those not too far across the Irish Sea, the Republic of Ireland fans have a habit of being on the right side of history. 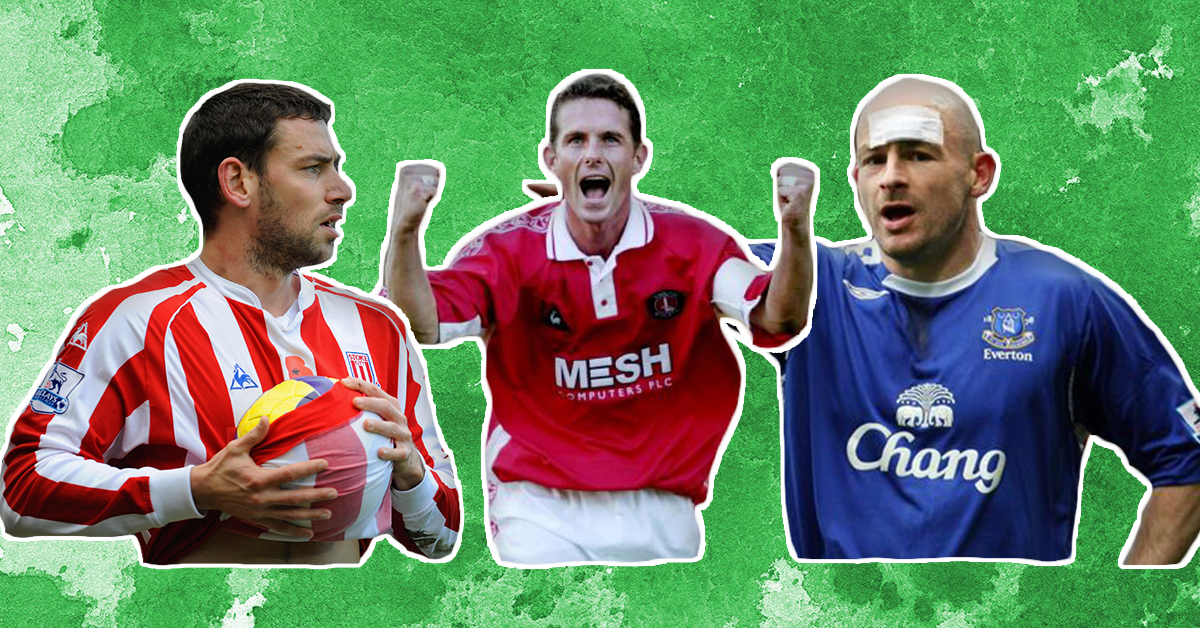