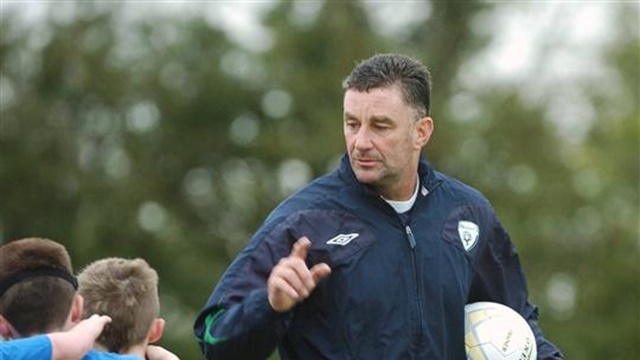 UK newspapers have been busily heralding Jamie Vardy's incredible scoring exploits for Leicester City by pointing out that he is the second player after Ruud Van Nistelrooy to score in ten successive top flight games since football was invented by a far seeing Sky Sports executive back in 1992.

Those who dispute this history of the origins of the beautiful game have highlighted Jimmy Dunne, the Sheffield United striker who scored in 12 successive games in the 1931-32 season.

Few are mentioning John Aldridge, however. It took Liverpool based journalist Tony Barrett to contact Aldo about his hot streak in 1987. Like Van Nistelrooy and Vardy, Aldridge scored in ten successive matches from the final game of the 1986-87 season t0 the ninth match of the 1987-88.

Liverpool went on to win the 1987-88 title at a canter. He finished as the First Division's top scorer that season, scoring 26 goals. Aldridge admits it hurts that his record isn't being talked about in the same breath as Van Nistelrooy's.

It does hurt that my record hasn’t been talked about. Not because it belongs to me, but it symbolised everything that was great about that Liverpool team. We were full of goals. That team was a centre forward’s dream. With the players I had around me, I’d be gutted if I failed to score even if we won. I had Peter Beardsley just behind me, John Barnes on the left flank and either Craig Johnston or Ray Houghton on the right.

Ironically, at the same time he couldn't buy a goal for the Republic of Ireland, partly because Charlton had him running out to the wings to chase down long passes from the full backs.

Aldridge lavished praise on Vardy. They have a non-League background in common and Aldridge remarks that this gives one an added hunger when you do arrive in the big time. However, he'd be content if Vardy would cease scoring goals now, saying 'I'd be happy if he ends up stuck on ten with me'.

You can read the rest in the Sunday Times.

Read more: Richie Sadlier's Reasoning For Robbie Keane Going To Euro 2016 Is Bang On The Money

Read more: PSG Fans Have A Strong Message To Turkish Fans Who Booed Moment Of Silence

Football
4 months ago
By Michael McCarthy
The Tribute Song To John Aldridge And The Man In The Yellow Hat Is Incredible
Football
2 years ago
By Maurice Brosnan
What English Fans Did While Ireland Were Contesting World Cup '94
Football
3 years ago
By Eoin Lyons
John Aldridge Lays Into 'Cheat' Neymar Following World Cup Exit
Popular on Balls
Football
9 hours ago
By Eoin Harrington
John O'Shea Explains How He Ended Up In Goal For Manchester United In 2007
GAA
16 hours ago
By PJ Browne
Three Live Club Football And Hurling Games On TV This Weekend
GAA
11 hours ago
By PJ Browne
Incredible Penalty Halts Premature Celebrations In Galway
GAA
12 hours ago
By Maurice Brosnan
'Bad Coaching. I Think That Is A Big Problem In The GAA'