A stint in League One, the longest-serving stint in England’s tier two.

Chaos and controversy. Players rejected for being born on the 17th day of a month, protesting fans punished with a ‘pie tax’, an attempted ban on Sky Sports cameras.

A tour to Myanmar, a bank sponsor with close links to a regime accused of ethnic cleansing and human rights abuse. A crest redesign, a crest redesign abandoned after hundreds of thousands of petition signatures. A spying scandal, a controversial goal after electing not to put the ball out of play, a second leg play-off collapse. Still in the championship.

The damned United; Who’d be a Leeds fan?

"You feel a togetherness within the club, 'no one likes us but we don’t really care,'" explains Stephen McPhail. The Dubliner spent seven years at Elland Road and describes an appreciable aura that loomed large during his stint.

Players pick up on that. I think it is going right back to the Don Revie era. At Leeds, you are told all about the history of that time and you know all the legends. They are all there every weekend, in attendance at matches at Elland Road. You'd see it everywhere you go. You know the history and how much it means to play for Leeds.

At the same, you can feel that hatred from other clubs towards Leeds. It was always there. When you’re in it you love it, it makes you want to play for them. 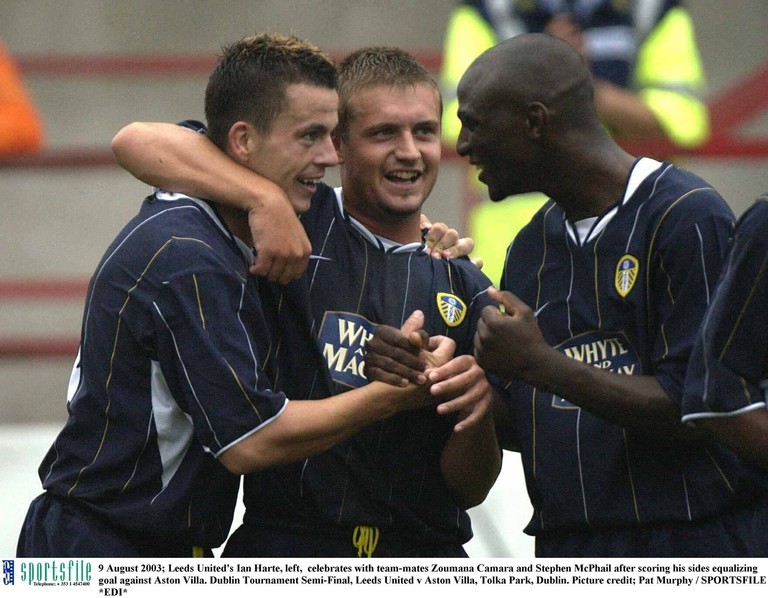 Irishman Eamonn Dalton is the operator of Leeds United Fanzine the Square Ball. For him, it's this idiosyncratic individualism that meant Marcelo Bielsa and the Yorkshire club were a perfect match.

Bielsa has that as well, the outlier. A unique character who comes into a club and seems to take it over and make it his own. The Leeds fans completely embrace that as well. We’ve been crying out for this kind of revolution for a long, long time.

“A bunch of scrubbers,” is how Leeds were referred to by opposition players during John Giles' playing days. The Irish legend wrote in his autobiography that this far-reaching loathing spurned the maniac manner of the club.

Giles wasn't deluded either, it's a reputation gathered if not merited: “Don’t get me wrong, Leeds were no angels.”

It was Giles who ignited the Irish love affair with Leeds that lingers to this day. Elland Road is home to hundreds of this nation's travellers every week. When a 16-year-old Alan Cawley made the move from Sligo to Leeds in 1998, the first thing that struck him was the Irish element.

"There was a Leeds supporters club based in Sligo, they'd go over regularly. The amount of Leeds fans in this country was just unbelievable," Cawley recalls. 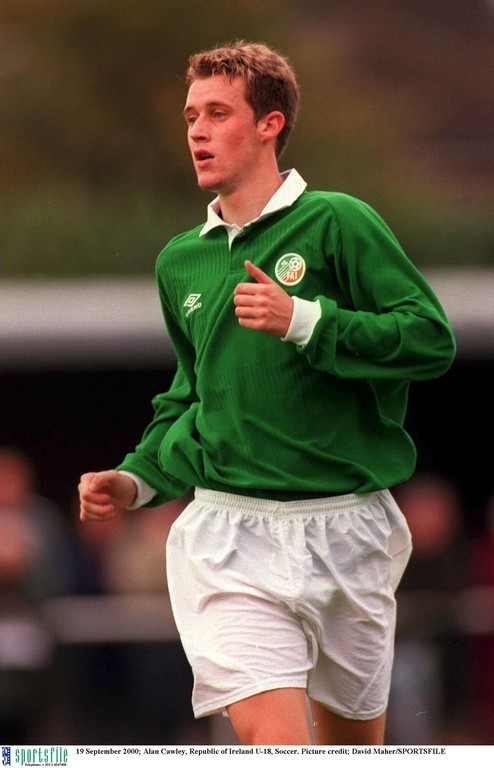 Leeds encouraged Giles to become "a lion rather than a lamb" and his legendary status persisted long after he'd left, with his name still gospel during Cawley's career.

It goes back to Johnny Giles. There is even a drill named after him, a training drill called "the Johnny Giles." He is an absolute god over there. The link with him got so many Irish interested, it stems from that. 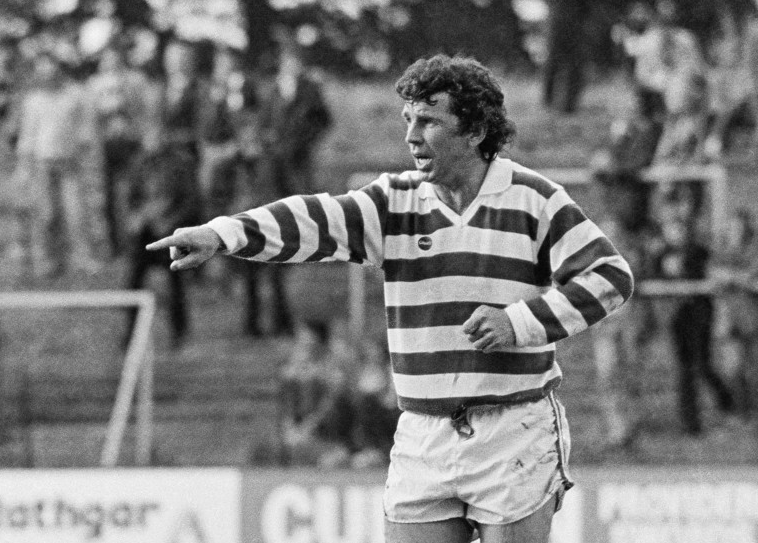 McPhail maintains there is something in the Leeds psyche that appeals to their like-minded Irish fans.

"Being from Dublin, there was always that core Leeds support throughout. Even when I moved home, four or five years ago, I was playing for Sheffield Wednesday at the time and flying in and out to Leeds from Bradford airport. I'd see them regularly, there were planeloads of Irish fans turning up every week."

"Our era had Gary Kelly who made us at ease as young lads. People like him and Ian Harte were amazing, they kept a connection going. Ireland fans and Leeds fans have a similar mentality. It's something we share; 'doing it our way.'"

Dalton's fandom has its origins in the 1990s era. His local club was Home Farm, the same side Gary Kelly left to move to Leeds.

"Being a Leeds fan in Ireland is a sense of tribalism," he says.

You see Leeds car stickers or scarves and you give them a salute. There is a sort of comradery amongst us all, we’re all suffering from this strange affliction but at least you know there is someone else who knows how shit it is.

Gerry McDermott is the head of the West of Ireland Leeds United Supporters Group. He's a regular on ferries and flights across the channel.

He was there for the Jock Stein decline and the Howard Wilkinson revival. The Champions League colossus, the implosion and the relegation. From the embers of that agony, Leeds fans forged a community.

There was a resurgence under David O'Leary, that Irish connection. There's a 'them and us' attitude that Irish people can identify with. For Leeds that goes all the way back to some terrible refereeing decision in the '70s, against AC Milan and Bayern Munich. A siege mentality grew from there and was picked up.

One of the best things for Leeds fans unity has been the heartbreak. Through that, we've become stronger.

Earlier this month, Leeds United and Derby County produced the game of the season in a typical playoff thriller. The epic conclusion between these two adversaries was destined long ago, a building swirl of spy-gate and Frank Lampard jibes ultimately manifesting itself in unmitigated madness on the pitch.

Derby march on to face Aston Villa, with a priceless Premier League place on offer. Leeds languish in the Championship, the fifteen-year heartache lingers on.

"I played in that game when we got relegated in Bolton, fifteen years ago," says McPhail with a deep sigh.

I still remember it just... After that game, I never would have thought it would be fifteen years out of the top flight. It’s a city united and one club, one city. It’s incredible to live and play there. That devotion means the club is scrutinised, the demands the fans but on the players, they need to be in the Premier League.

Dalton draws a comparison with Liverpool's quest for the title, "a constant feeling of being trapped." Regular watchers will evangelise about the Championship's entertainment but for Leeds, it's beginning to feel like an eternity in purgatory.

The Premier League needs Leeds as well, as far as Cawley is concerned.

History and heritage. The league would be a better place for it. You've no divine right to be in the league, but football needs good, vibrant clubs and cities. Look at Ellen Road, look at their attendances.

It's why I'm against the Man City project. Look, Guardiola is amazing and all that. But it's a project. I was in the Etihad last year and the place is soulless. It's a manufactured club, just built a massive stadium and plonked it in the middle of a campus. At Man City, there was no reference to older players or marking it. That's completely wrong.

McDermott's fear is the cult of the manager and how much of it is down to their maverick Argentine: "What Biesla did this year was hugely significant. He got people going and involved. There's a picture on social media, fully present fans waving flags.

"It's something you don't see that often at football anymore."

Nicked from someone else but like he said . What a picture and not a camera phone in sight. #Lufc zoom into them faces. Looks class pic.twitter.com/7c8S742PBY

Always topical, now relevant again. Agony and ecstasy that shows no sign of let-up. The Leeds phenomenon lives on.

SEE ALSO: Kellie Harrington Got A Lot Of Love For Her Appearance On 'The Tommy Tiernan Show'

Football
2 years ago
By Maurice Brosnan
Watch: Cawley Slams Dundalk Defender For 'Disgraceful Lunge' During Semi-Final Triumph
Football
3 years ago
By Mikey Traynor
"You Didn't Have To Be Nostradamus"- Alan Cawley Bang On The Money Regarding Bray
Football
3 years ago
By PJ Browne
Listen: Eamon Dunphy In Heated RTÉ Radio Exchange About Leo Messi
Popular on Balls
Hurling
1 hour ago
By Dylan Ryan
Kiely Happy With League Title As Limerick KO Clare From Munster
1

Hurling
2 hours ago
By Dylan Ryan
'I Missed A Few Vital Ones In The Second Half, Which Will Need To Be Addressed'