The Irish Player Names On ISS Pro 98 Were Utterly Hilarious

ISS Pro 98 on Sony Playstation was an absolute masterpiece. Even today it remains a really enjoyable game to play, and you can't say that about many games that were released in 1997. 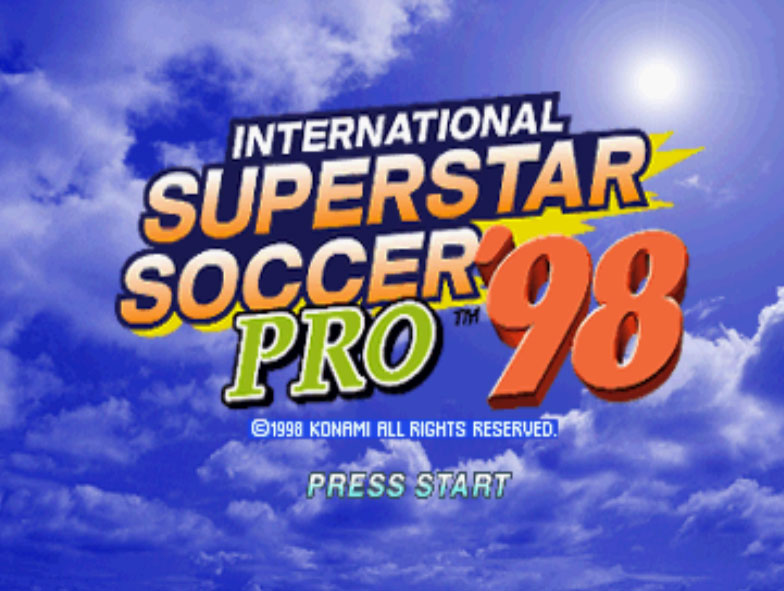 ISS Pro 98 had great graphics for the time, and the kits in particular looked fantastic, but there was one small issue with the game's authenticity... They couldn't use the real player names.

Now, many a brilliant football game hasn't been allowed to use the official player names, thanks largely due to EA Sport's FIFA franchise, but game developers got creative back then. The boys at Konami decided the best way to let you know who you were using, was to make them as close to the real thing as possible without being illegal. The result? Hilarity.

Here is the Irish squad as they lined up in ISS Pro 98: 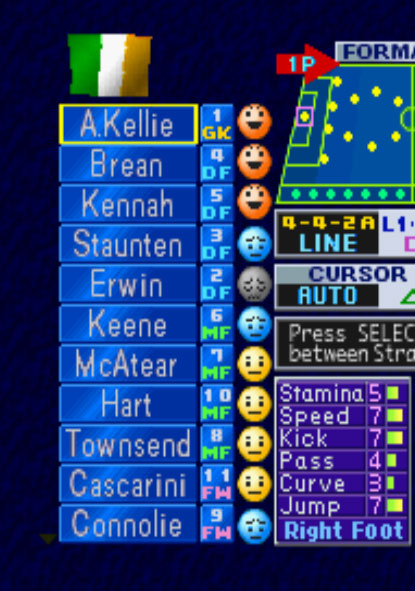 The smilie-faces were ISS Pro 98's way of telling you how "up for it" your players were. For this particular clash with Scotland, our lads were a mixed bunch.

Alan Kellie, Gary Brean, and Jeff Kenna are clearly hatching an evil plot to take over the World.

Dennis Erwin is completely depressed, and he's bringing down everyone around him. Normally a player would be dropped in this mental state, but such is Erwin's consistency that he has to start the game. Even Roy is gutted for him. 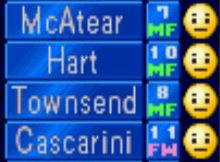 Jason McAtear, Ian Hart, Andy Townsend (eh.. Real name?), and Tony Cascarini are model professionals who have no time for their evil/miserable team-mates feelings and have a job to do.

See also: A Photo Tribute To The Respectable International Career Of David Connolly

Football
3 months ago
By Balls Team
14 Reasons Why FIFA 98: Road To The World Cup Was The Best Game Ever
Gaming
4 months ago
By Balls Team
8 Reasons Why 'This Is Football' Was The Unsung Hero Of Football Games
Gaming
8 months ago
By Jonathan Browne
FIFA 22: Serie A And EA Sports Announce Official Partnership
Popular on Balls
GAA
3 days ago
By PJ Browne
Mayo's Padraig O'Hora Using Football To Promote His Real Passion
Rugby
23 hours ago
By Colman Stanley
'That Pace, That Intensity, That Organisation' All Black Legend Has High Praise For Leinster
GAA
23 hours ago
By PJ Browne
Jim McGuinness's Gut Tells Him Dublin Will Win The All-Ireland
33