This weekend was one of little success for Irish players in the Premier League, with only James McCarthy managing to pick up a win in the English top flight.

Things looked better in the Championship, however, where a pair of 18-year olds played in a manner well beyond their years for their respective clubs. Both Nathan Collins and Jason Knight were hugely impressive, while Richard Keogh and Sean Maguire also stood out.

Here's our roundup in full:

It wasn't a good week for Seamus Coleman, as his Everton side fell to a 2-0 defeat at Aston Villa. The Ireland and Everton captain was given just 4/10 for his display by the Liverpool Echo.

Shane Duffy continued in his role at the right of a back three for Brighton, but they suffered a poor 2-0 home defeat to Southampton. Duffy was asked to carry the ball out of the defence at every opportunity, and did so to great effect for most of the game.

However, it was a lax pass from him that allowed Southampton in for the opening goal, and he was rated at 6/10 by the Brighton & Hove Independent as a result.

The Irish quartet of John Egan, Enda Stevens, Callum Robinson and David McGoldrick all started for Sheffield United once again, but The Blades suffered a 2-1 defeat at home to Leicester City. 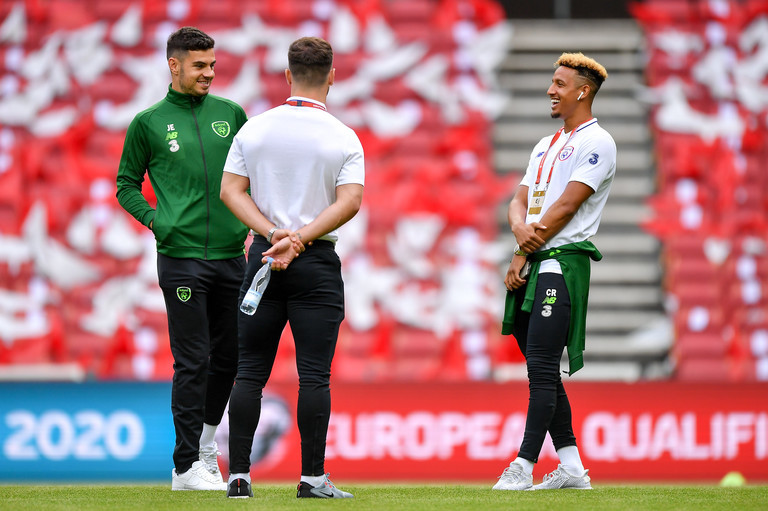 Egan (7/10) put in the strongest performance, with The Star having this to say about his showing at the heart of a three-man defence:

Kept Vardy largely quiet, goal aside, by using his anticipation skills and brought the ball out of defence well late on, when United were searching for a way back into the game.

Stevens, McGoldrick and Robinson were all given 6/10, with the two forward players subbed off 10 minutes into the second half.

Matt Doherty was slightly out of sorts in Wolves' 1-1 draw with Burnley, with the Express & Star mentioning that he still looks to be feeling the effects of the injury suffered in pre-season:

Still playing catch-up after missing a large chunk of pre-season with a knee injury and is not bursting up the pitch with the intent we saw so often from him last campaign. Like against Man United, Wolves looked more threatening when Traore was on the right flank (5/10).

Jeff Hendrick came off the bench for the final five minutes of that one for the visiting side.

In the Championship, 18-year old Jason Knight put in a cracking performance for Derby County in his first senior start, earning an 8/10 from the Derby Telegraph for his effort in the 1-1 draw with West Brom.

Impressive in his first league start. Energetic, constantly wanted the ball and showed good composure on the ball.

Richard Keogh was equally impressive in that game, also being marked at 8/10.

Ryan Manning lined out at left back once again for QPR in the 3-1 win over Wigan, getting a 7/10 from West London Sport for a string attacking display.

Fulham fell to a 2-1 defeat at home to Nottingham Forest, but Harry Arter impressed once again in a holding midfield role. The Bournemouth man has earned rave reviews since his loan move to Craven Cottage.

18-year old Nathan Collins captained Stoke in their 3-0 loss at home to Leeds, earning a 6/10 from the Stoke Sentinel despite the heavy defeat:

Enjoyed some bright moments - with the captain's armband proudly on show -  but you do worry if his club's plight will detrimentally effect his early forays into first-team football. 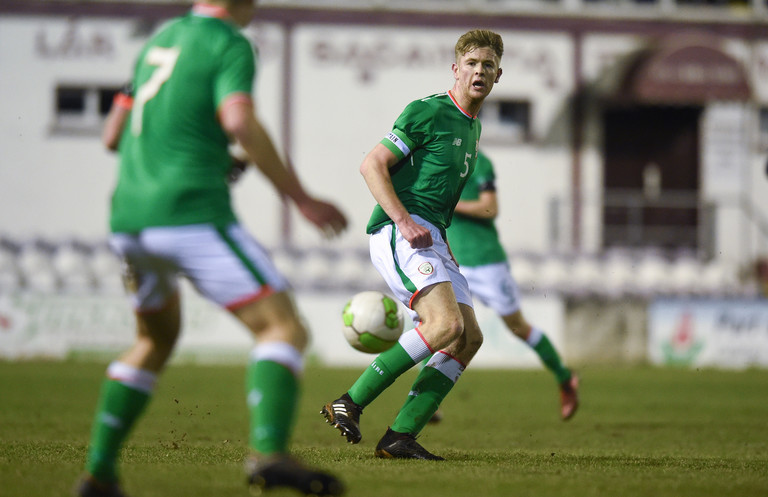 James McClean started at left back, getting a bit of a roasting and being rated at 5/10. Scott Hogan came off the bench for the final 30 minutes.

Sean Maguire was in fine form in Preston's 2-1 win over Sheffield, winning two vital penalties in the game. It was his pace and trickery that won the penalty on both occasions, and Maguire has really started to thrive playing in a wide left role. Alan Browne returned to the team to captain Preston in the win.

Blackburn drew 0-0 with Cardiff City, with Darragh Lenihan and Derrick Williams acting as the centre back partnership. Both players put in excellent performances, earning 8/10 ratings from Lancs Live. Lenihan was awarded man-of-the-match for a 'calming' display.

James Collins was on target in Luton Town's 3-1 win at Barnsley, bundling the ball in from close range in the 4th minute. He was rated at 8/10 by Luton Today, who mentioned he was denied a second late on by a spectacular save.

Darren Randolph was in the nets for Middlesbrough's 1-1 draw with Millwall, getting a 6/10 from the Hartlepool Mail. Shaun Williams, Aiden O'Brien, and Alex Pearce all started for Millwall.

SEE ALSO: Your Essential Guide To A Bumper Weekend Of Sport On TV

Football
15 hours ago
By Gary Connaughton
Report: Liverpool Loan Duo Will Remain At Anfield If No £20m+ Offers Received
10

Football
17 hours ago
By Gary Connaughton
Watch: Ferdinand Uses Darron Gibson Story To Sum Up The Brilliance Of Alex Ferguson
Previous Next