After the hectic festive period, English football was back into its usual routine last weekend. There was a full slate of fixtures across the divisions, with some strong performances from our Irish internationals.

An impressive 13 players featured in the Premier League, with 12 of those starting. Elsewhere, 18-year old Jason Knight continued his strong run of form for Derby with a third goal in his last three matches.

Here's the ratings in full:

John Egan, Enda Stevens, David McGoldrick all started Sheffield United's 1-0 win over West Ham on Friday evening. It was not a vintage performance from Chris Wilder's side who escaped with 1-0 win thanks to a late intervention from VAR.

McGoldrick was given 7/10 by the Sheffield Star, while Egan was given 6/10. Stevens was inadvertently left out of the ratings for some reason.

James McCarthy played the full 90 minutes for Crystal Palace in their 1-1 draw with Arsenal.

Brighton fell to a 1-0 defeat at Everton, with Shane Duffy back in the team to replace the injured Dan Burn. It was a decent performance from the defender, getting 6/10 from the Brighton & Hove Independent. Seamus Coleman came off the bench for the home side.

Shane Long got an assist for Southampton as they secured a shock 2-1 win at Leicester, he was given a 6/10 from Saints Marching. Long also fell foul to VAR with his side being denied a penalty after he was deemed to be offside in the buildup.

Southampton were denied a penalty after Shane Long was adjudged to be offside here 👀 pic.twitter.com/zLtqFXppbm

Adam Idah made his first Premier League start in Norwich's 4-0 loss at Old Trafford. The 18-year old got very little services up front, as he was given a 6/10 by The Pink Un.

Burnley shipped three goals in the loss to Chelsea with Jeff Hendrick playing as a 'number 10'. He was rated at 6/10 by LancLive, who said he 'gave a good account of himself'.

Matt Doherty was in the Wolves team who drew 1-1 with Newcastle, but it was not one of his better performances. He lost possession in the buildup to the Newcastle goal, and while he did have an effort cleared off the line, he was given only 5/10 by the Express & Star.

Ciaran Clark was in the Newcastle side, playing in the centre of a back three. He impressed The Chronicle with his performance (7/10):

A welcome return as he made nine vital clearances. His experience and work-rate at the end was impressive.

Mark Travers made his first league start of the season for Bournemouth but it was not a happy return to the team as they lost 3-0 at home to Watford. The Irishman made a vital error in the buildup to the first goal, a mistake he told Daily Echo he would learn from:

I’ll definitely learn from it, grow from it and keep going and hopefully get three points next weekend (against Norwich) because we’re not going to give up, we’re going to keep fighting.

Aston Villa were embarrassed by Manchester City yesterday, with Conor Hourihane starting the game. With the Villa midfield completely overrun, he could only muster a 4/10 from the Birmingham Mail.

In the Championship, Ryan Manning was in the QPR team that lost 3-1 at Brentford, receiving a 6/10 from West London Sport for his performance at right back. Conor Masterson and Olamide Shodipo both came off the bench for the visitors.

James Collins scored from the penalty spot in Luton Town's 2-1 home loss to Birmingham City. He was given a 6/10 by Luton Today as he grabbed his ninth goal of the campaign. 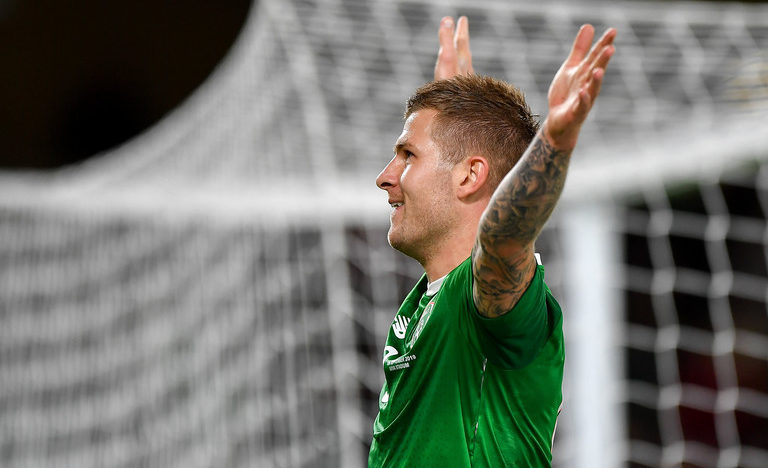 Stoke and Millwall played out a 0-0 draw, with a number of Irish players on show. James McClean played left wing for the home side, failing to make much impact in a 5/10 display according to the Stoke Sentinel.

Meanwhile, both Shaun Williams and Jayson Molumby started for the visitors, with Williams receiving a straight red card in the closing stages.

Darragh Lenihan was in the heart of the Blackburn Rovers defence as they drew 1-1 with Preston, captaining the side. He performed well, earning a 6.5/10 according to LancsLive. Alan Browne and Sean Maguire were in the Preston side, with both players given 6/10 by LancsLive.

Cyrus Christie started at right back for Fulham in their 1-0 win at Hull, with Harry Arter coming off the bench.

Jason Knight scored once again for Derby in their 2-2 draw at Middlesbrough, even if there was more than a hint of luck involved with his spectacular strike. The 18-year old's attempted cross sailed into the far corner, giving him his third goal in his last three games.

Knight was Derby's best player on the day, earning a 7/10 rating from the Derby Telegraph.