It was a big weekend for our internationals, with a number of excellent performances and cracking goals. Enda Stevens, Shane Long, Callum Robinson, Scott Hogan, and Alan Browne all found the back of the net, but that wasn't the only encouraging sign.

Will Smallbone made his league debut for Southampton, while the likes of Dara O'Shea and Matt Doherty also impressed.

Here's the ratings in full.

James McCarthy played the full 90 minutes in Crystal Palace's 1-0 win over Newcastle, putting in a 'combative' display in a 6/10 performance according to Football London.

Shane Long was amongst the goals at the weekend, even if his strike against Aston Villa did come through a rather unconventional method. He bundled the ball home from close range in the eighth minute and it looked like he may have done so with his private parts. Obviously, the jokes write themselves: 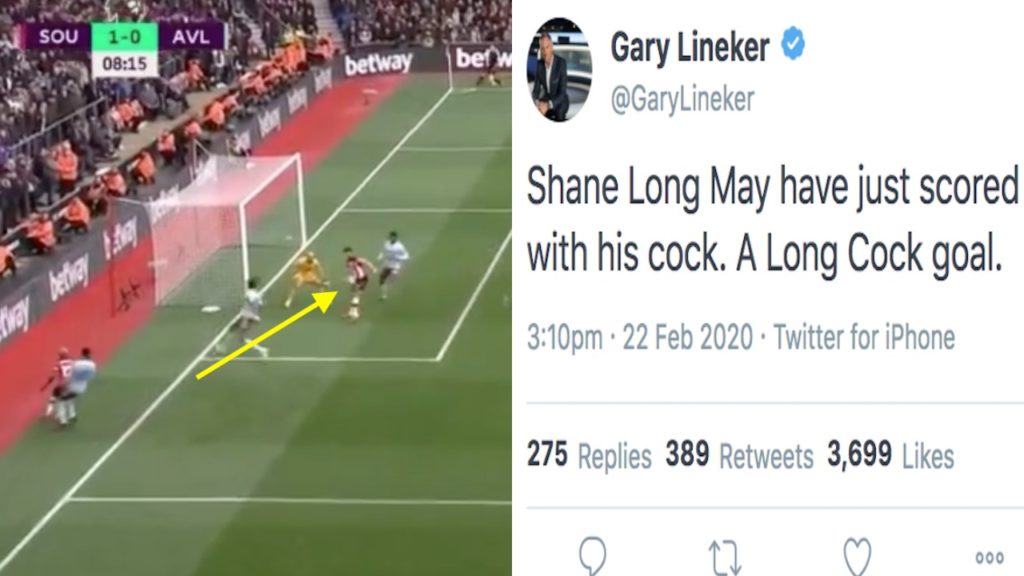 He worked typically hard, putting in good showing in a 7/10 display according to Saints Marching.

He wasn't the only Irishman to impress. 20-year old Will Smallbone made his Premier League debut in midfield he certainly didn't seem out of place:

Showed he belongs and is going to be a part of the Hasenhuttl squad down the stretch.  This is a youth player to get very excited about (8/10).

Michael Obafemi also saw 17 minutes of action, while Conor Hourihane played the final 30 minutes off the bench for he visitors.

Burnley put Bournemouth to the sword in a 3-0 home victory, with Jeff Hendrick playing the full 90 minutes. He improved as the game went on and was rated at 6/10 by Lancs Live. Robbie Brady came off the bench in injury time.

Sheffield United were held to a 1-1 draw at home to Brighton, but the game was lit up by a special goal from Enda Stevens. The left back got on the end of a set-piece just inside the box and unleashed a ridiculous strike into the top corner.

Unfortunately, he would be withdrawn at halftime as a precautionary measure, with the injury not likely to be anything serious. The one half of action was enough to earn him a 7.5/10 from the Sheffield Star.

John Egan also started the game and played well in a 7/10 showing, while David McGoldrick came off the bench.

Shane Duffy was back in the Brighton team after his recent injury problems, putting in a 'typcial Shane Duffy display' according to the Brighton & Hove Independent. He was given 7/10, while Aaron Connolly played 15 minutes off the bench.

Wolves thumped Norwich City 3-0 yesterday, with Matt Doherty assisting the first goal of the game. That means he has been directly involved in 13 Premier League goals since the start of last season, with Trent Alexander-Arnold and Andy Robertson the only defenders that can better that mark.

It was another excellent display from the right back, with the Express & Star mentioning that the change to a 3-5-2 unleashed his attacking potential in an 8/10 display. Hopefully Mick McCarthy was watching.

In the Championship, Jason Knight started Derby County's 1-1 draw with Fulham, getting a 6/10 from the Derby Telegraph.

Blackburn Rovers dropped points in their play-off push, giving up a 2-0 lead to draw at Brentford. Darragh Lenihan captained the side, earning a 6.5/10 rating from Lancs Live.

Callum Robinson was on form once agains for West Brom in their 3-0 win over at Bristol City. There was more than a hint of fortune about his goal, but they all count.

He was given a 7/10 by the Express & Star. Dara O'Shea also started the game, continuing to impress in an unnatural right back role:

Another very assured display from the defender who you'd never think is new to this right-back role. O'Shea made several well-timed challenges, was strong in the air and also comfortable in possession (8/10).

Callum O'Dowda started for the home side, acting as one of their better players in a 6/10 showing according to the Bristol Post.

Jayson Molumby was unable to stop Millwall from falling to a 1-0 defeat Wigan.

Birmingham City played out a dramatic 3-3 draw with Sheffield Wednesday, with Scott Hogan scoring a cracking volley in injury time to secure a point for his side.

Describe your feeling when this hit the back of the net in one word: ________. pic.twitter.com/gz9KNZK4aS

It was another huge performance from the striker, who has been in fine form since joining on loan in January. He also assisted another goal and was rated at 7.5/10 by the Birmingham Mail.

Ryan Manning started at left back in QPR's 0-0 draw at Nottingham Forest. He got 7/10 from West London Sport for a defensively solid performance.

Alan Browne scored a the winner in Preston's 2-1 victory over Hull City, popping up with a cracking header.

The two substitutes combined brilliantly to get the winner yesterday! 😍

He didn't start the game, but his 30 minute cameo was enough to earn him an 8/10 from the Lancs Live. Sean Maguire started, missing a couple of decent chances in a 6/10 performance.

Josh Cullen started in Charlton's 3-1 win over Luton Town, with James Collins playing the full 90 minutes for the visitors.

SEE ALSO: Former Spurs Players Clamour For Mourinho To Give Parrott A Chance