After a pretty depressing international break, it was back to club duty for the Irish lads over the weekend. It was a mixed bag, but there were some cracking performances that were sure to catch Mick McCarthy's eye.

Ciaran Clark and Ryan Manning both made strong cases for selection to the Ireland squad, while Robbie Brady was also handed his first league start of the season after his recent injury problems.

Here's the roundup in full:

Conor Hourihane started Aston Villa's 2-1 at home to Brighton, having a wonderful strike harshly ruled out by VAR. It was a decent 63 minute shift from the Corkman, who got a 6/10 from the Birmingham Mail.

Aaron Connolly started once again for the visitors, although he did not experience the same success as he did against Spurs, getting substituted at half time. He was rated at 6/10 by the Eastbourne Herald, while Shane Duffy made a 20 minute cameo off the bench.

There was an encouraging sign for Ireland fans on Saturday afternoon, with Robbie Brady recalled to the Burnley team for their meeting with Leicester City. However, it was a 'rusty' performance from the winger on his first start of the season, getting only a 5/10 from Lancs Live before being substituted after 60 minutes. 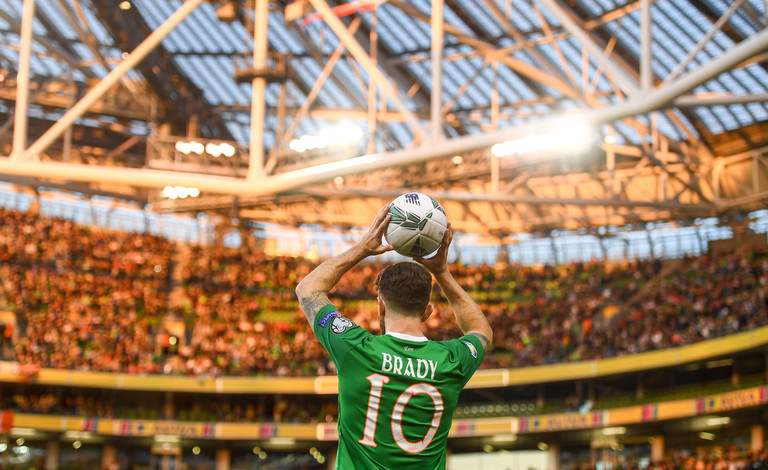 Jeff Hendrick also started the 2-1 defeat, earning a 6/10 rating for his performance in the centre of midfield.

Matt Doherty played 45 minutes off the bench as Wolves drew 1-1 with Southampton, winning the penalty that resulted in their goal. He was given a 6/10 by the Birmingham Mail.

Newcastle were unlucky to fall to a 1-0 defeat at Chelsea, with Ciaran Clark starting in their five-man defence. He came very close to netting an equaliser for the visitors, and was Newcastle's man-of-the-match according to The Chronicle (8/10).

In the Championship, Derrick Williams started Blackburn's 2-2 draw at home to Huddersfield. He was superb once again, getting an 8/10 from Lancs Live. 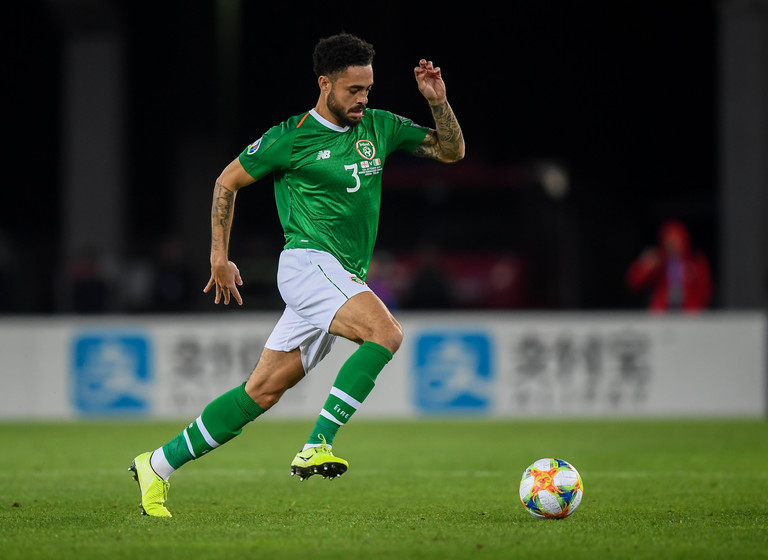 Scott Hogan came off the bench in Stoke's 2-0 win over Fulham, their first victory of the season. James McClean was in the matchday squad but did not feature. Harry Arter started for the visitors.

Millwall fell to a 3-2 defeat at Brentford, with Shaun Williams and Jayson Molumby making up their central midfield partnership.

Ryan Manning scored an absolute beauty as QPR secured a 3-2 win away at Hull City.

It was yet another cracking performance from the Galway native, who has been outstanding this season. He got an 8/10 from West London Sport, who had this to say about his performance:

The Irishman goes from strength to strength at left-back. Manning fired in the equaliser and his all-round performance was excellent.

Sean Maguire started on the left wing for Preston, but was unable to make a telling contribution as fell to a 1-0 defeat at Reading. It was an off day for a player who has been in fine form, getting only a 5/10 from the Lancashire Evening Post. Alan Browne came off the bench in that one.

Darren Randolph was unable to keep league leaders West Brom scoreless on Saturday as Middlesbrough fell to a 1-0 home defeat. He was rated at 6/10 by the Hartlepool Mail.

Luton Town registered an impressive 3-0 win over Bristol City, with James Collins impressing up front despite not finding the back of the net. He got an 8.5/10 from Luton Today, who described an excellent all-round display:

Never stopped running as Luton defended from the front, while linked the play impressively, including one marvellous switch from left to right. Had his chances, going close on three occasions, but just not his day this time.

Charlton hammered Derby County, with Josh Cullen starring in midfield. He got 9/10 for an incredible midfield performance from Vital Football, with him being one of the main catalysts for a Charlton team who find themselves only four points off first place.

Football
1 week ago
By Gary Connaughton
Irish Player Ratings: Robinson & Lenihan Continue To Dominate In The Championship
Previous Next

The Championship republic of ireland