In last week's Irish player rating round-up, we made a promise that we'd be keeping it up throughout the season. Well we're at it again this week, just as the Premier League made its return.

There were encouraging signs early on in the English top flight, as four Irish internationals started for Sheffield United, while Shane Duffy starred in Brighton's big win at Watford.

In the Championship, Seani Maguire was back amongst the goals and Harry Arter put in an incredible performance for Fulham. Here's the ratings in full:

Fresh off being named as Everton's new captain, Seamus Coleman put in a strong performance as his side secured a 0-0 draw at Crystal Palace, despite being reduced to 10 men. He was rated at 7/10 by the Liverpool Echo, who mentioned he did well on Wilfried Zaha after he was introduced.

Michael Obafemi returned to Premier League action after his injury layoff at the end of last season, coming off the bench for the final 25 minutes as Southampton were hammered 3-0 at home to Burnley.

Shane Duffy put in a stellar performance at the back as Brighton overcame Watford 3-0, with the Brighton & Hove Independent giving him an 8/10. 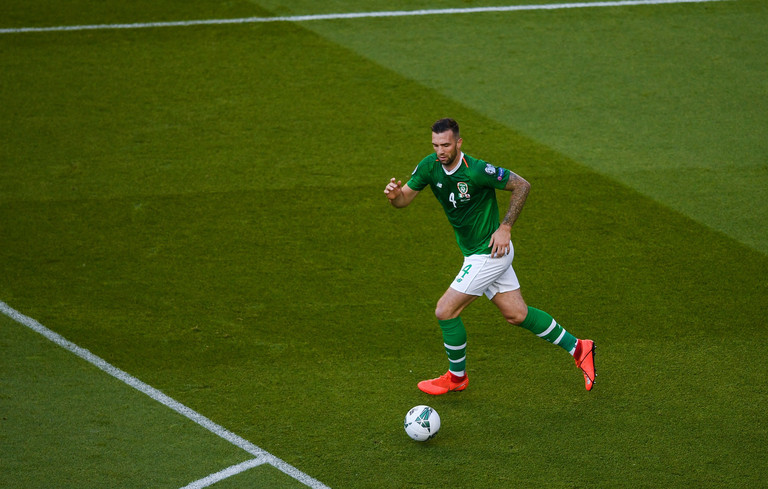 Four Irish internationals started for Sheffield United on their return to the Premier League, as they secured a last gasp 1-1 draw away at Bournemouth. Callum Robinson and David McGoldrick were both given 7.5/10 by The Star, with John Egan and Enda Stevens were handed a mark of 8/10.

Here's what they had to say about Egan's performance in the centre of the back three:

Very good. Showed good instincts to snuff out a few attacks before they developed by being in the right place at the right time. A very promising Premier League debut.

Conor Hourihane made his Premier League bow in Villa's 3-1 loss at Spurs, getting a 6/10 from the Birmingham Mail as he acted as the pivot in a three man midfield.

Matt Doherty resumed his role as a wing back as Wolves drew 0-0 with Leicester City. Despite having only just returned from a knee injury, he impressed once again to earn a 7/10 mark from the Express & Star.

In the Championship, one of the star turns of the weekend was undoubtedly Preston North End's Seani Maguire. The Ireland international opened the scoring in Preston's 3-0 win over Wigan, nodding in a header from a corner.

Maguire was lauded by the Lancashire Evening Post, with the Kilkenny native being given a rating of 8 as well as being commended for playing in a wider role than usual. Following Callum Robinson's departure for the Premier League, the goalscoring burden will weigh even heavier on Maguire's shoulders this season.

Also, Alan Browne came on in the last 20 minutes to see out the game for North End.

Another star man for his side was Harry Arter, who made his debut for Fulham in a 2-0 win for the Cottagers against Blackburn Rovers. Arter signed for the West London outfit on a season-long loan, citing personal reasons for the move. It's especially personal when you consider his manager Scott Parker is also his brother-in-law. The Fulham fan-site Fulhamish voted Arter their man of the match, giving him an 8.3 rating. Cam Ramsey was outspoken in his praise of the 29 year-old:

Versed in his profession, Arter safeguarded his department without straying from his obligations as a midfield instigator. Stroking the ball across the park in a timely manner, the 29-year-old ensured that play remained in Fulham’s grasp. His variable range of passing is a credit to his advantageous simplicity, a moderated approach that our midfield contingent has been yearning for.

In the Blackburn side, Derrick Williams impressed, despite being on the losing side at Craven Cottage. The Lancashire Telegraph gave the defender a 7 rating, commending how he dealt with Fulham frontman Aleksandar Mitrovic until he fired home Fulham's second goal.

Three Irish players were on show at The Valley, where Charlton Athletic continued their impressive start to the season with a 3-1 victory over Stoke City. Josh Cullen started in the centre of the park, garnering a 7 from News Shopper. The Ireland U21 international wasn't up the standards he set whilst on loan at the club last season, but he did set up the Addicks third goal with a move right off the training ground.

On the Stoke City team, Stephen Ward and Scott Hogan were making their league debuts for the Potters. Ward started in place of James McClean, going forward well but was ripped apart by youngster Jonathan Leko. Ward's performance was given a 5 by the Stoke Sentinel. Hogan had a better time on his debut, and was unlucky to not score in the first half, with Aston Villa loanee striking the crossbar instead of the back of the net. The striker managed a 6 rating from the Stoke Sentinel. 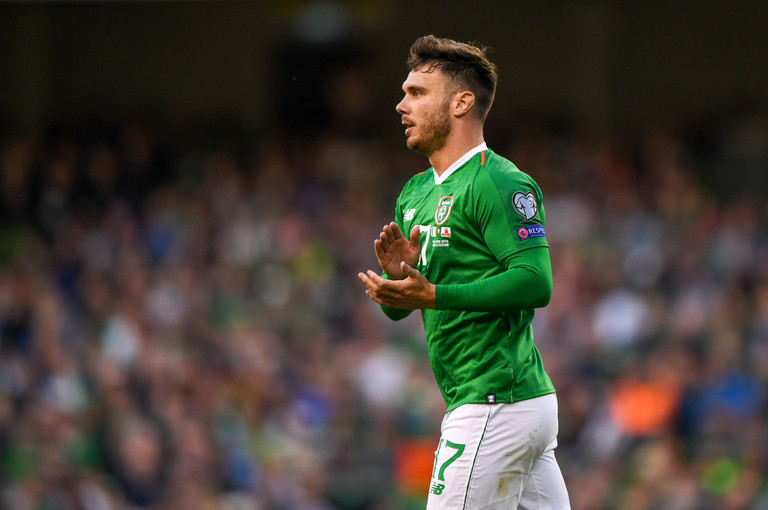 Staying in London, QPR drew 1-1 with recently-relegated Huddersfield Town. Ryan Manning again started in an unfamiliar role of left-back, impressing once more. The Galway native assisted Rangers' only goal of the game from a free-kick, garnering a rating of 7 from West London Sport.

Millwall played out a 1-1 draw away to West Brom on Saturday. However, it was a day to forget for their Irish contingent. Despite an impressive performance nullifying Kenneth Zohore's threat, Alex Pearce stuck the ball in his own net. The Millwall captain only managed a rating of 6 from News Shopper.

Following a decent performance last weekend against Preston, Shaun Williams didn't reach the same heights against West Brom. News Shopper only gave the central midfielder a rating of 5, stating that "West Brom just played around him as he failed to get on the ball and impose himself on the game."

Dan Crowley continued to impress the Birmingham City faithful as the Blues drew 1-1 with Bristol City at home. The playmaker played 66 minutes, coming off to a standing ovation. The Birmingham Mail gave the 22 year-old a 7.5 match rating.

On his 350th appearance for Derby County, Richard Keogh gave a solid performance, keeping a clean sheet in the Rams 0-0 with Swansea City. The centre-half led the side with a 7 rating from the Derby Telegraph.

Darren Randolph was again on the losing side this week, with his Middlesbrough side going down 0-1 to Brentford at the Riverside. The Ireland number one could do nothing about Brentford's goal, left stranded by his defence for an Ollie Watkins tap-in. The Hartlepool Mail gave the goalkeeper a 6 in their post-match ratings.

James Collins didn't have the best time in-front of goal in Luton's 1-2 defeat to Cardiff City. The striker couldn't continue his goalscoring form of the previous week, almost drawing the Hatters level at 1-1 with a drive that went inches wide. Collins had to occupy a different role, dropping deeper in order to get the ball. Luton Today still gave their number nine a 7 rating.

Football
2 days ago
By Gary Connaughton
Watch: Lewis Dunk Gives Furious Interview After 'Embarrassing' Refereeing Decision
Football
3 days ago
By Jonathan Byrne
10 Of The Youngest Players To Feature In Europe For Premier League Teams
Football
5 days ago
By Balls Team
Aston Villa 'Appalled' By Racist Abuse Of Ireland U19 Tyreik Wright
Previous Next