There were a couple of standout performers in the Premier League, with goals being scored by Irish players throughout the divisions. 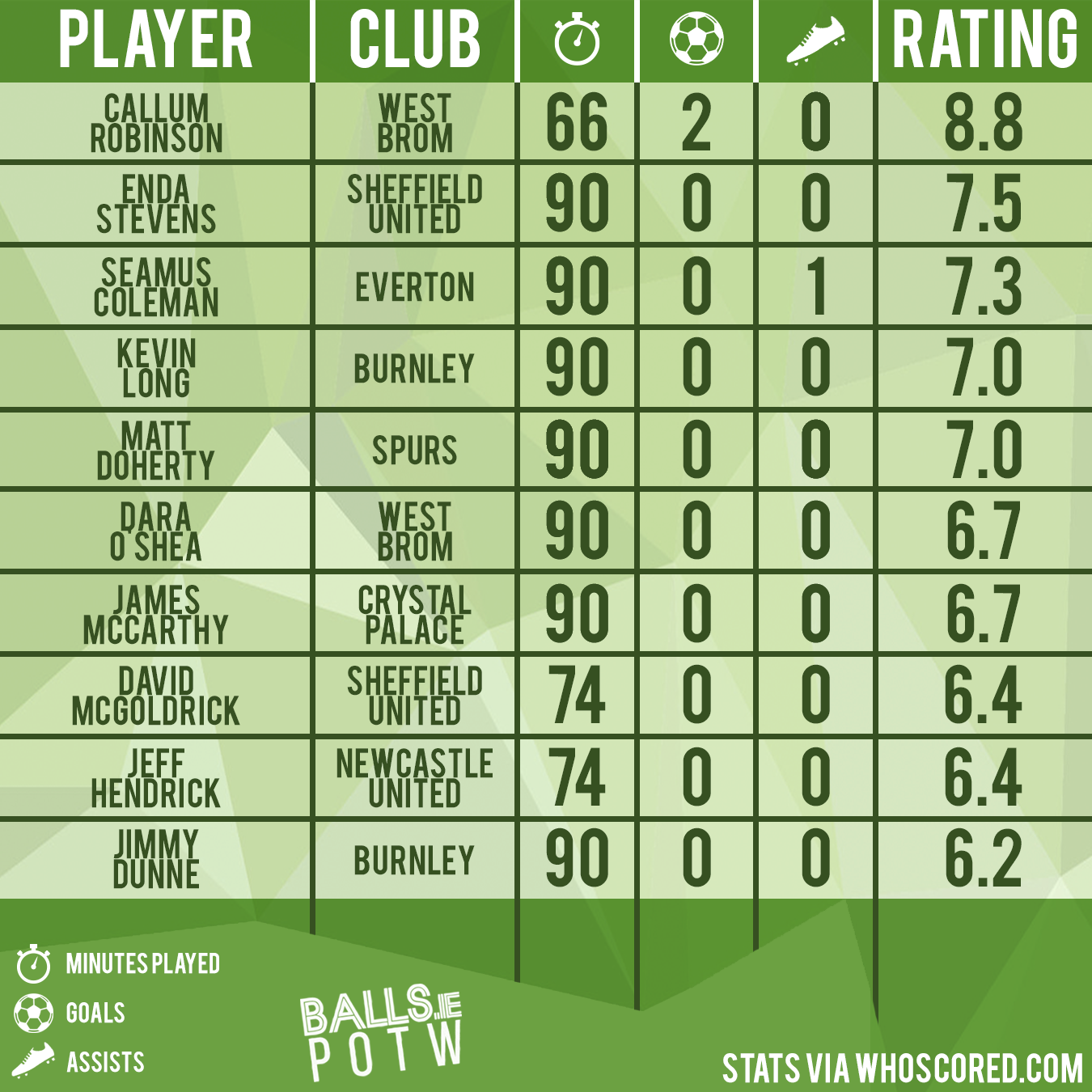 There's only one place you can start when discussing Irish performances in the Premier League over the weekend.

Callum Robinson was absolutely electric in West Brom's 3-3 draw with Chelsea, scoring his side's first two goals. The first was a cracking left-footed finish, while his second showed fantastic awareness to steal the ball from Thiago Silva and steer the ball beyond Caballero.

This is exactly the type of boost his season needed. Prior to this, he had gone over a year without a Premier League goal, although he did spend the second half of last season on loan in the Championship.

With Ireland's vital Euro 2020 play-off against Slovakia only a couple of weeks away, and a place in the team very much up for grabs, Robinson is hitting form at the ideal time.

392 - Before today, Callum Robinson had gone 392 days without a Premier League goal, with his last coming against Chelsea.

This evening, he would score two inside the first 25 minutes against the same opposition ⚽️⚽️

Seamus Coleman is another player doing his international prospects no harm at the minute.

He put in another excellent display in the win over Crystal Palace, providing the assist for Everton's opening goal.

Speaking after the game, Carlo Ancelotti was singing the praises of the Donegal man.

Seamus is doing really well. He is an example for all the others of how you need to be: the attitude, the spirit - every day.

I've had a lot of captains in my career but how Seamus expresses his love for the shirt is really top. He is a great captain, honestly.

I don’t want to forget anyone [I have worked with] but he is up there as a captain with Maldini, John Terry and Sergio Ramos.

Not bad company to keep. 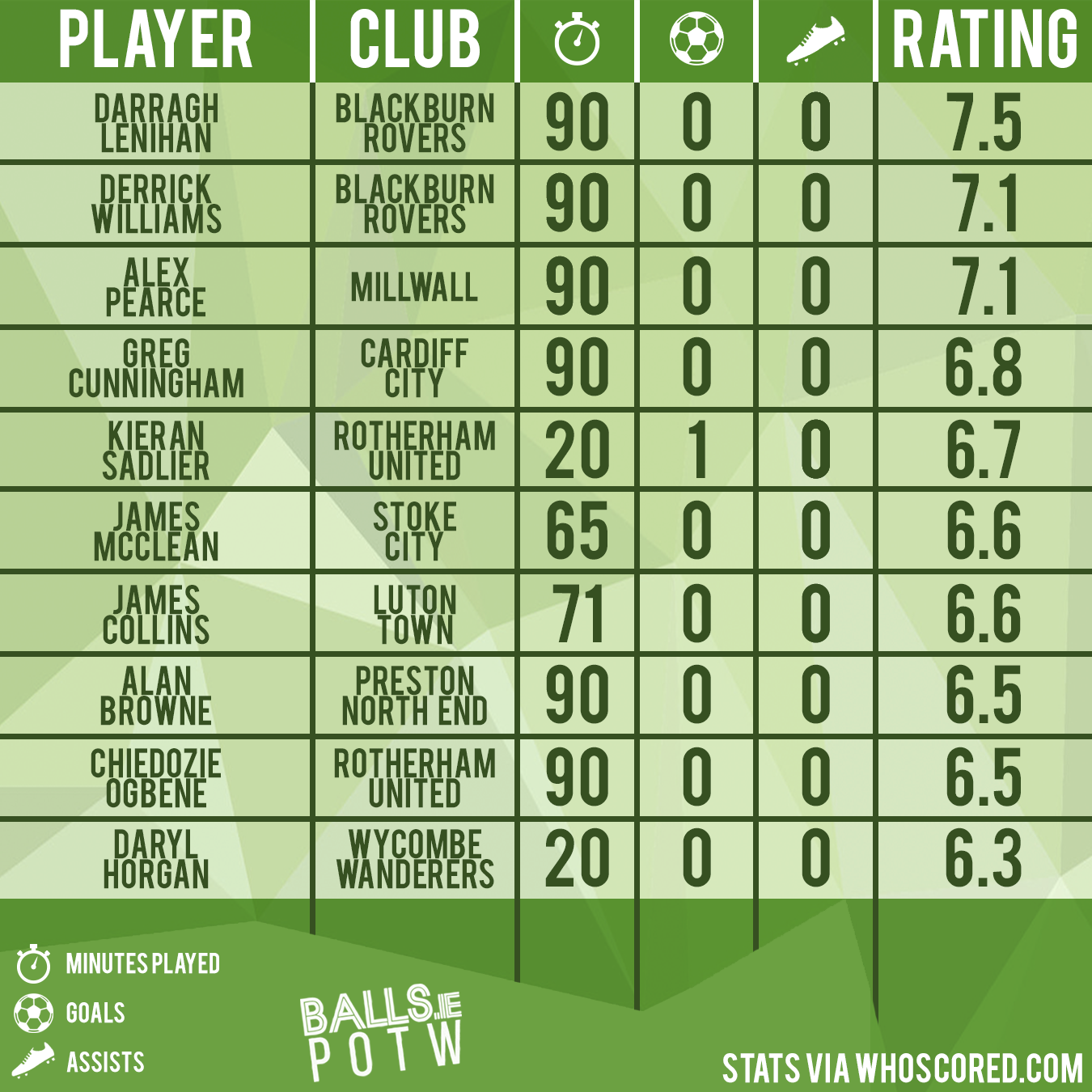 It will be incredibly difficult to shift John Egan or Shane Duffy from the Ireland team, but Darragh Lenihan is raising his hand for selection with recent performances.

The Blackburn Rovers defender was the best Irish performer in the Championship over the weekend, captaining the side in their 4-0 win over Derby County. With three fixtures over the next international break, we would expect the Meath man to add to his two caps.

Kieran Sadlier was the only Irish goalscorer in the division, coming off the Rotherham bench to score a late penalty and rescue a 1-1 draw against Birmingham City.

It's also worth keeping a close eye on his teammate Chiedozie Ogbene. Ogbene declared for the Republic of Ireland earlier this year and is being watched by Stephen Kenny.

He has thrived on the right wing for Rotherham early this season, with that being a position that is very much up for grabs in the Ireland team. His a quick and direct player, something Ireland doesn't have too many of. 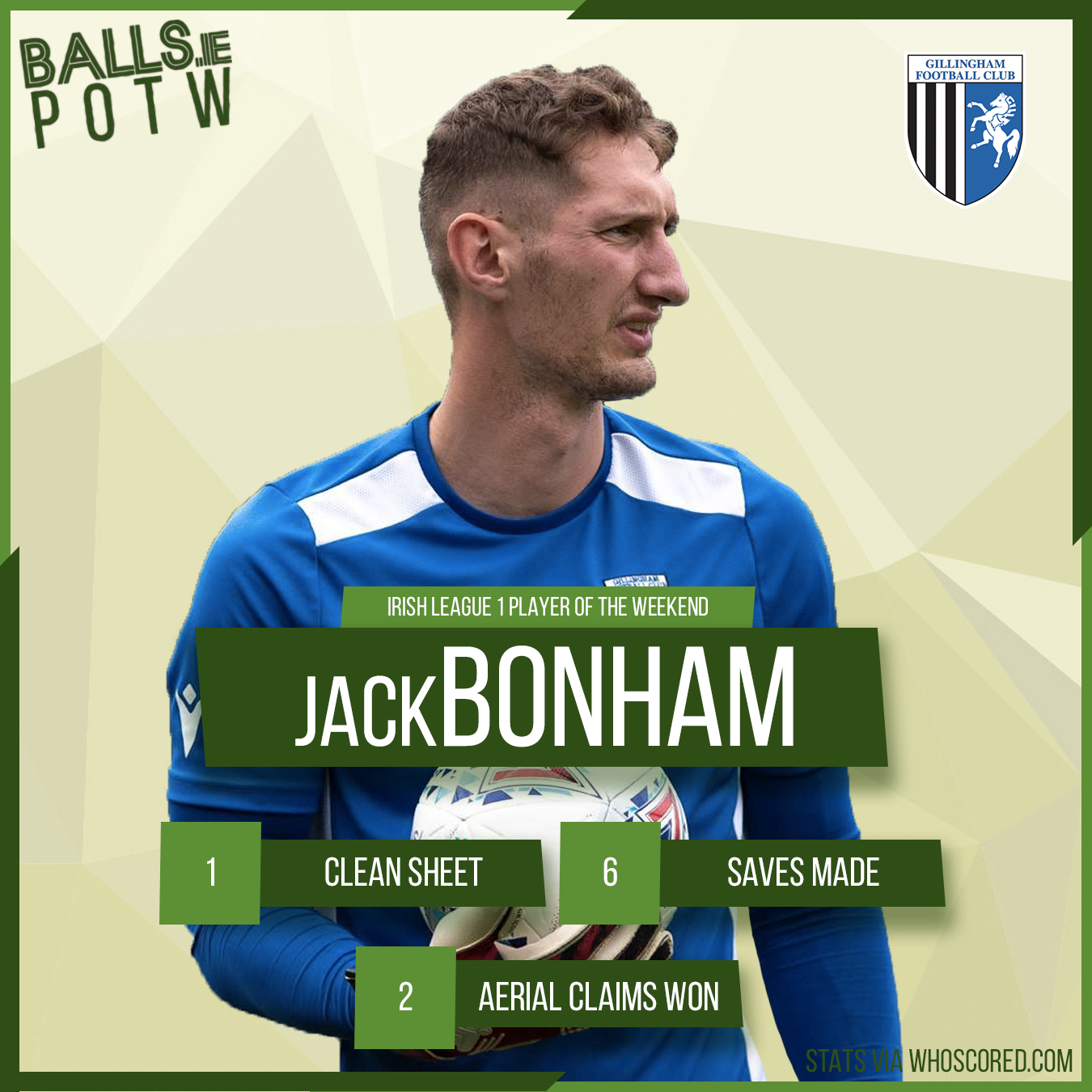 Jack Bonham was the standout performer in League One, with the Gillingham goalkeeper being named in the division's team of the week.

Your #SkyBetLeagueOne Team of the Week! 😍

He made six saves and was given a rating of 7.9/10 by Who Scored. The 27-year old goalkeeper started his career at Watford and has represented Ireland at underage level.

18-cap Ireland international Stephen Quinn scored the goal of the weekend in the division, driving home a beautiful volley from outside the box during Burton Albion's 4-2 loss at Swindon Town.

Rochdale continued to fly the Irish flag in League One. Not only are they managed by Brian Barry-Murphy, but they had five Irish players start in their 2-0 loss at Ipswich Town.

Gavin Bazunu was in goals, while the back four consisted of Paul McShane, Eoghan O'Connell, and Jimmy Koehane. Jimmy Ryan also started in midfield. 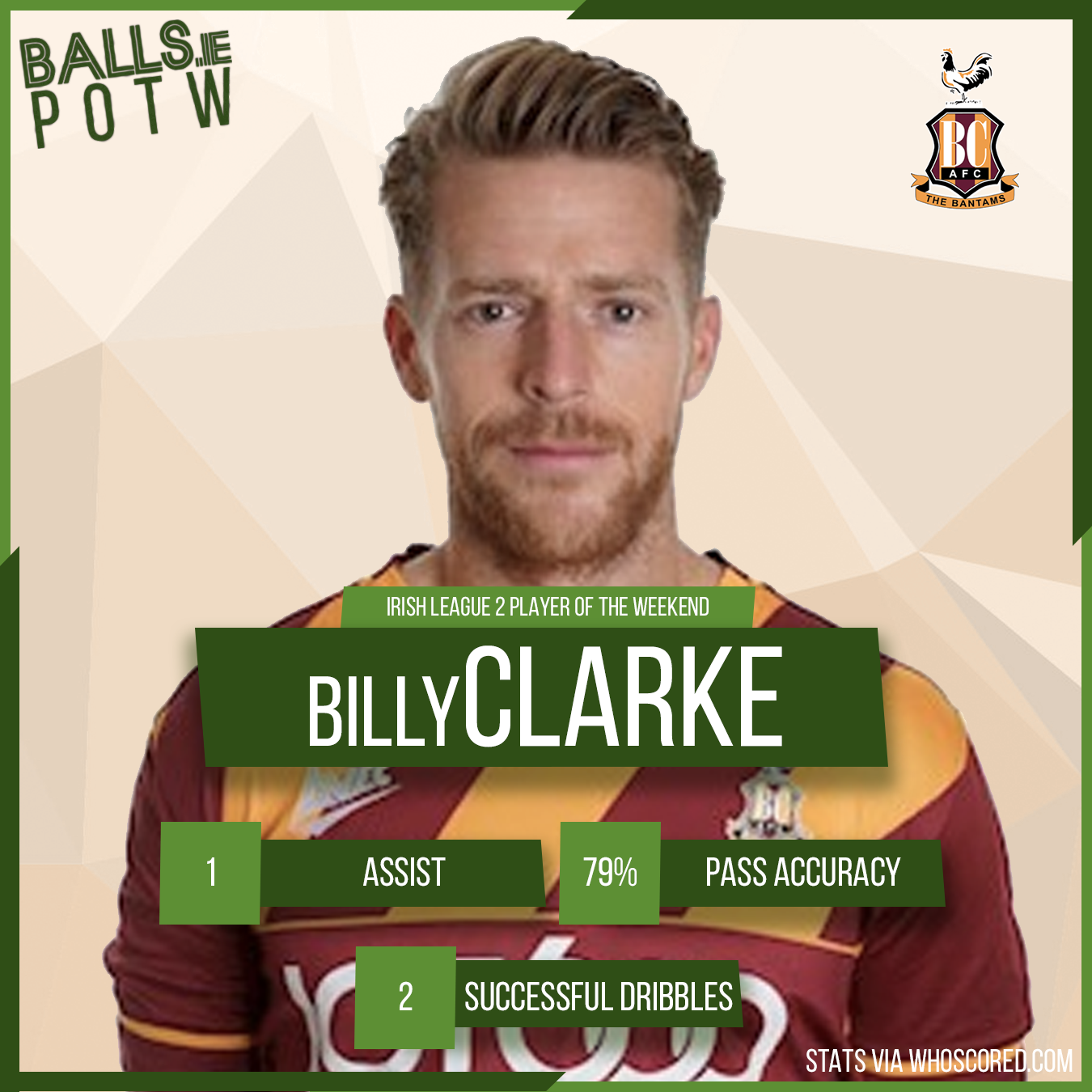 Billy Clarke was the standout Irish performer in League Two, providing a beautiful assist for the winning goal in Bradford City's 2-1 victory over Stevenage.

Shane Duffy helped Celtic continue their unbeaten start to the domestic season, getting a rating of 7.6/10 for his performance in the 3-0 win over Hibernian.

Another Scottish Premiership match saw plenty of Irish interest, with eight Irishmen taking to the pitch for the meeting of Kilmarnock and St Mirren.

Johnny Hayes was also on form, providing a stunning cross for Aberdeen's opener in the 3-0 win over Ross County.

Here's a summary of the top Irish performances across the divisions. 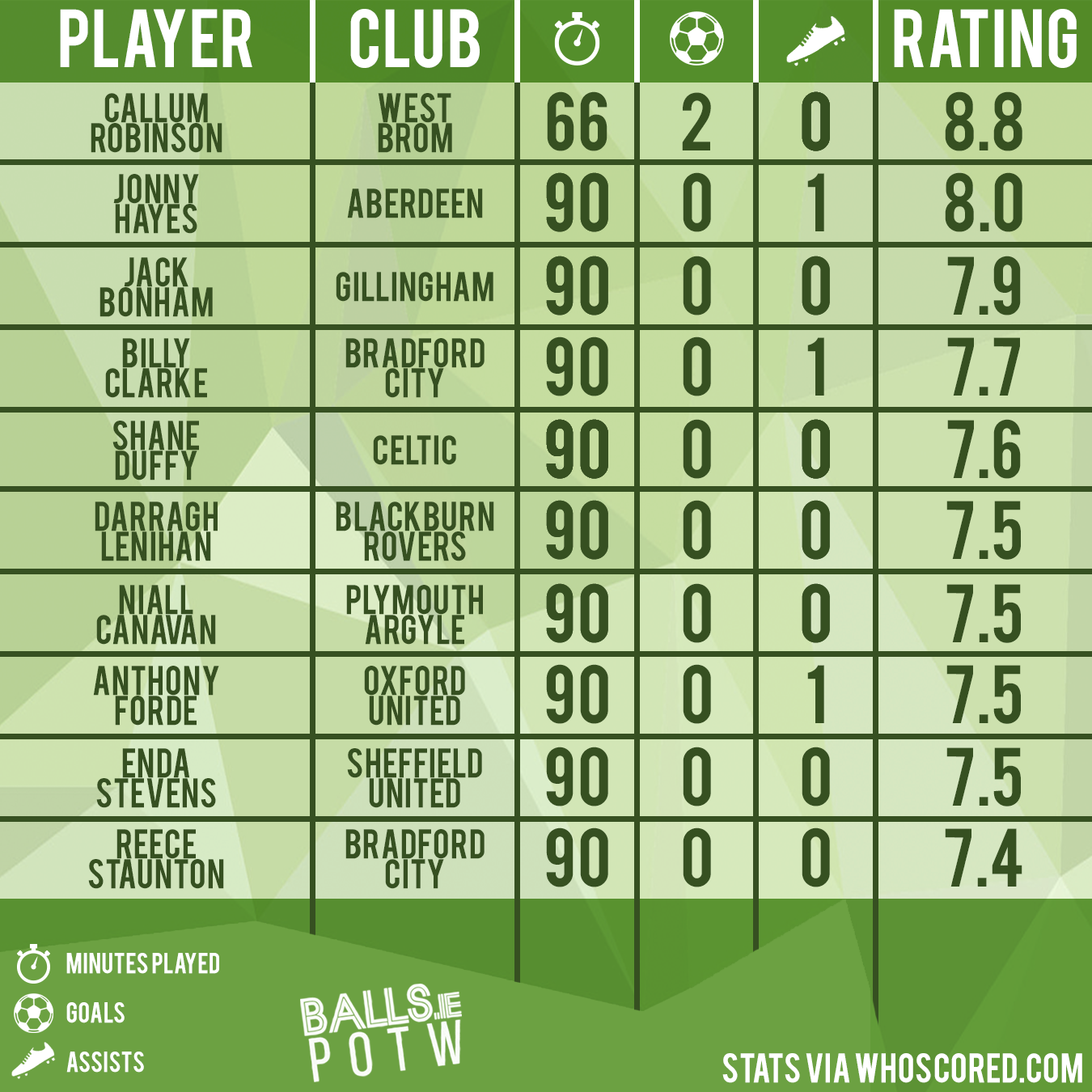 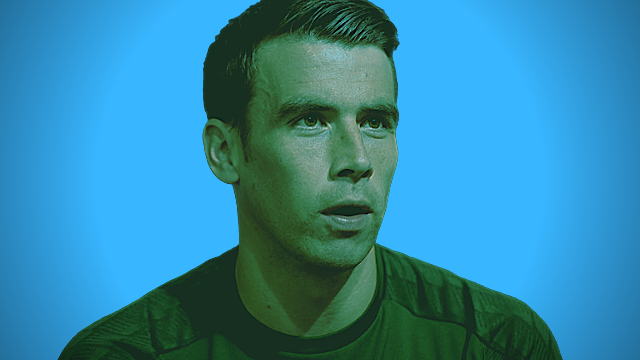