The English domestic football season has returned, and with that so have our Irish player ratings.

All season, we will be bringing you a weekly article to sum up the performances of the Irish players plying their trade in England, as well as some other notable performances from our lads playing abroad.

This article will be extended to include League One and League Two from next week, but for now we have the top two divisions of English football.

It was a very strong week for Jeff Hendrick, who starred on his Newcastle debut. Elsewhere, Seamus Coleman won the battle of the Irish right backs, while Adam Idah and James Collins got off the mark in the Championship.

Here's the ratings in full, with players ranked from best to worst based on the ratings they were given online.

Hendrick had a dream debut for his new club, assisting their opener before scoring a cracker of his own.

Matt Doherty didn't enjoy his finest game upon his Spurs debut, even if he did get forward nicely at times. After the game, Jose Mourinho said that we could expect to see better from the right back in the coming weeks:

You can, for example, look to Doherty, a player normally in incredible condition. He didn't have pre-season. He went direct from holidays to national team matches, no pre-season at all, not one single training session. He played two consecutive matches.

Today, he was not Matt Doherty like he normally is. These are the things that we knew could happen to us.

Dara O'Shea made his Premier League debut in West Brom's loss to Leicester, with the Birmingham Mail describing it as a 'tough lesson' for the 21-year old despite a strong opening half to the game.

Collins followed up his recent hat-trick in the Carabao Cup with an impressive winner for Luton on the opening day of the Championship.

Idah came off the bench to score his first ever senior league goal in the win over Huddersfield.

Adam Idah grabs his first goal of the season with the winner against Huddersfield 🇮🇪pic.twitter.com/oauOhlsq32

Travers has regained the number one jersey at Bournemouth after the departure of Aaron Ramsdale, but didn't star despite his side's win over Blackburn Rovers.

The 21-year old striker scored the opening goal of the game.

Gavin Bazunu made his first league appearance on loan at Rochdale but was unable to stop them falling to a 3-1 defeat at Swindon.

See Also: 'Today, He Was Not Matt Doherty Like He Normally Is' 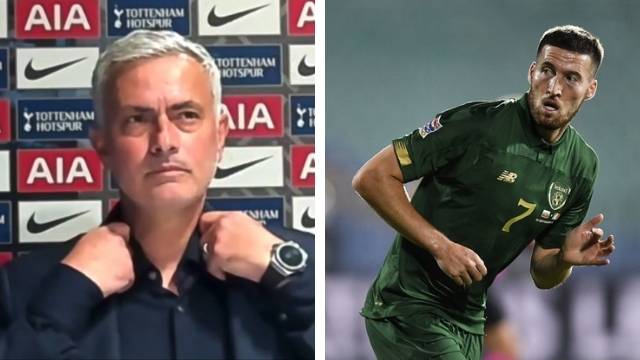