The Irish Player Ratings In Rugby 18 Are Absolutely Wild

Ireland are not playable as a team in Rugby 18. We had to get that out of the way first, because it gives you an idea as to what we are dealing with here. There are 8 playable nations in the game, and Ireland are not one of them. We just don't exist.

There hasn't been a good rugby video game since Rugby 08 on the PlayStation 2, and every time a new one is released we approach with seriously low expectations, but even with our expectations as low as they could possibly be, we were still absolutely baffled by the newly released Rugby 18 which is vastly inferior to a game released 10 years - and two console generations - ago.

You'll read more about how bad Rugby 18 is in our review in the near future, we just have to try all of the game modes first and that is something we're putting off for as long as possible.

One aspect of the game we can reveal in advance of that review are the player ratings, and as you are probably well aware, we tend to head straight for the Irish player ratings as soon as a new sports game comes out. While the Irish rugby team may not exist, the provinces do so we can see how our players were rated.

There is a game mode where you can buy players for virtual 'credits' in a sort of watered-down FIFA Ultimate Team, so we picked an Irish XV to give you a general idea as to the ratings.

The Score rating is that player's overall out of 100. 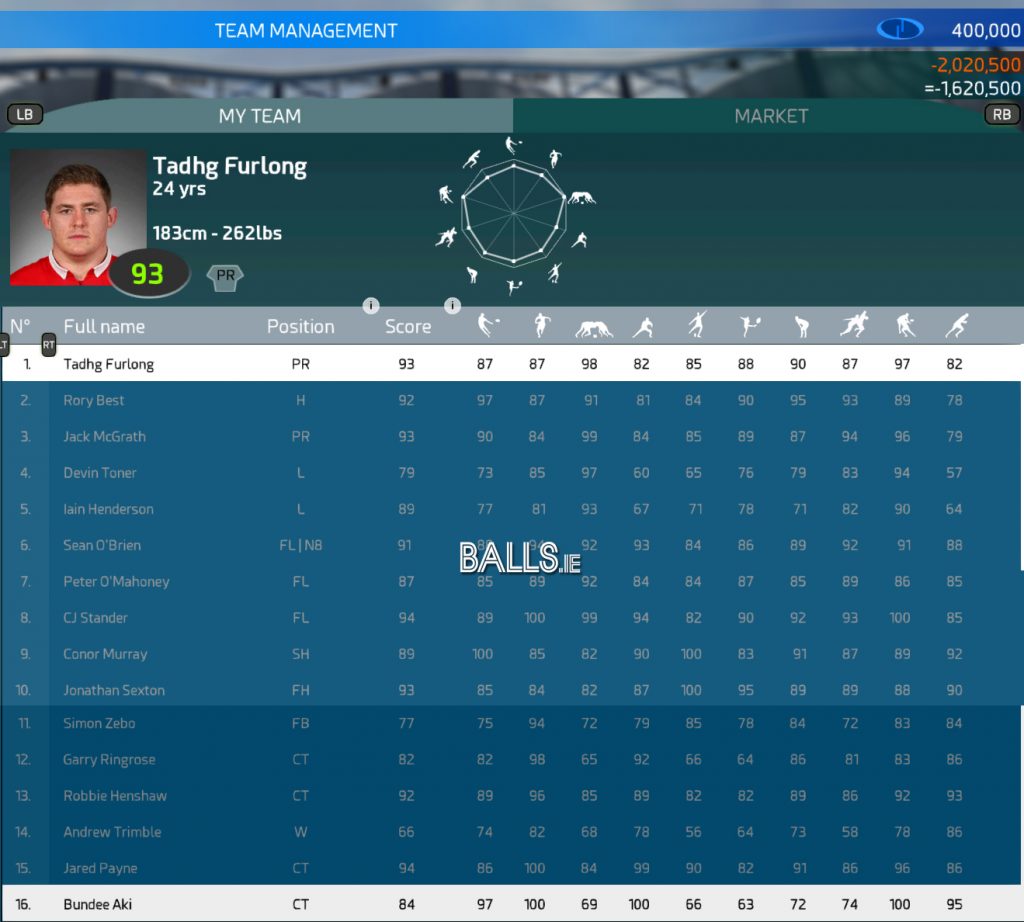 Before we move onto the provinces, here is the legend if you were curious as to what each ratings means. 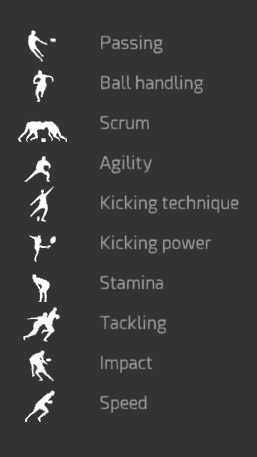 First up is Connacht, and this list doesn't include Bundee Aki although his ratings can be seen above in the Ireland team, but what is notable is that Fijian flanker Naulia Dawai is the same ratings as Peter O'Mahony.

Kieran Marmion is a 64 overall, like what is that about? Findley Bealham too, it's just odd. 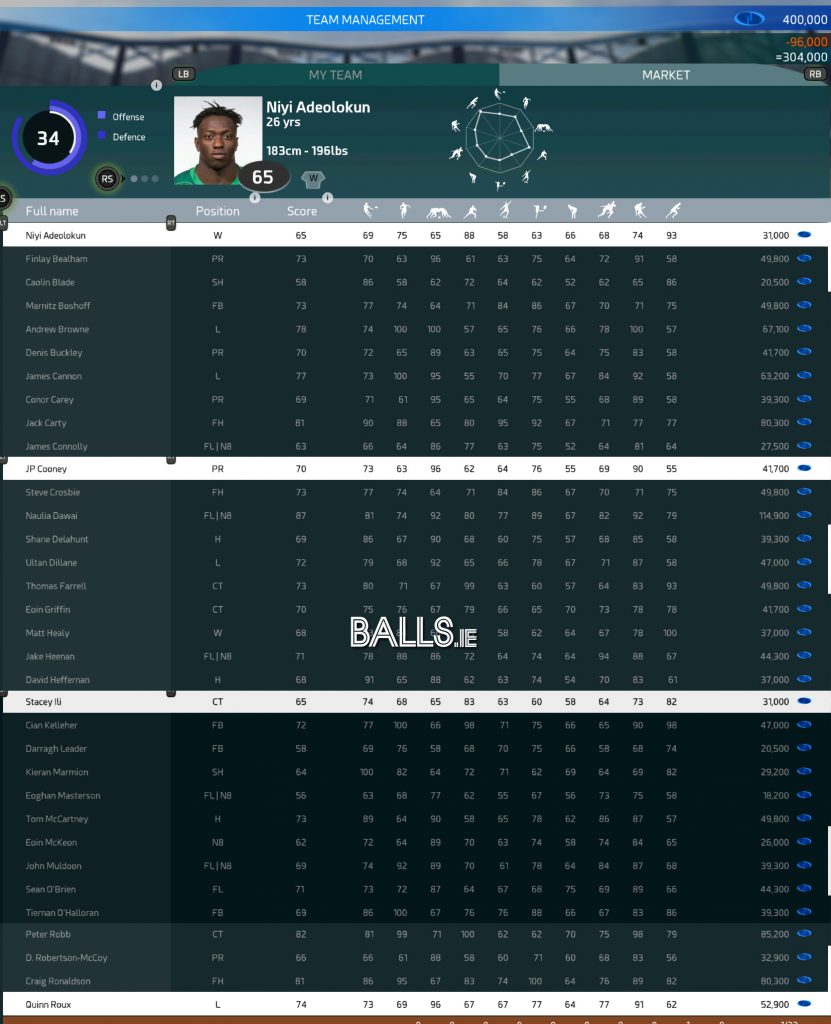 We move on to Leinster where things are equally odd.

Sean Cronin a 66 overall is an insult to our nation, the Kearney brothers will be absolutely fuming with their mid-60s ratings too we imagine. 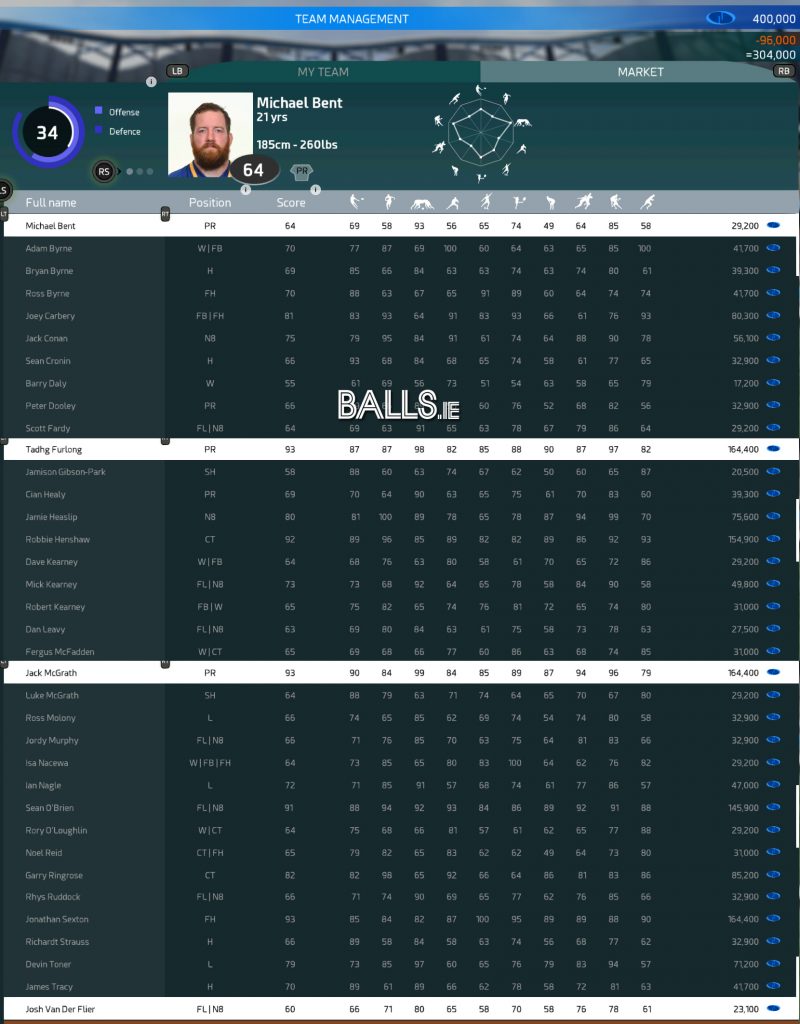 Isa Nacewa a 64 overall. That's embarrassing, for Nacewa, but for everyone involved in making and OKing that decision. It looks as if the players they have heard of before are rated 80+, everyone else is a random number between 55 and 80.

It doesn't get much better when we move over to Munster either.

Keith Earls has been handed a 69 overall while Andrew Conway somehow is as low as 61... Actually, yes, it seems that every Munster player that isn't CJ Stander, Peter O'Mahony, Conor Murray, Tyler Blyendaal, or Gerbrandt Grobler, is shite. 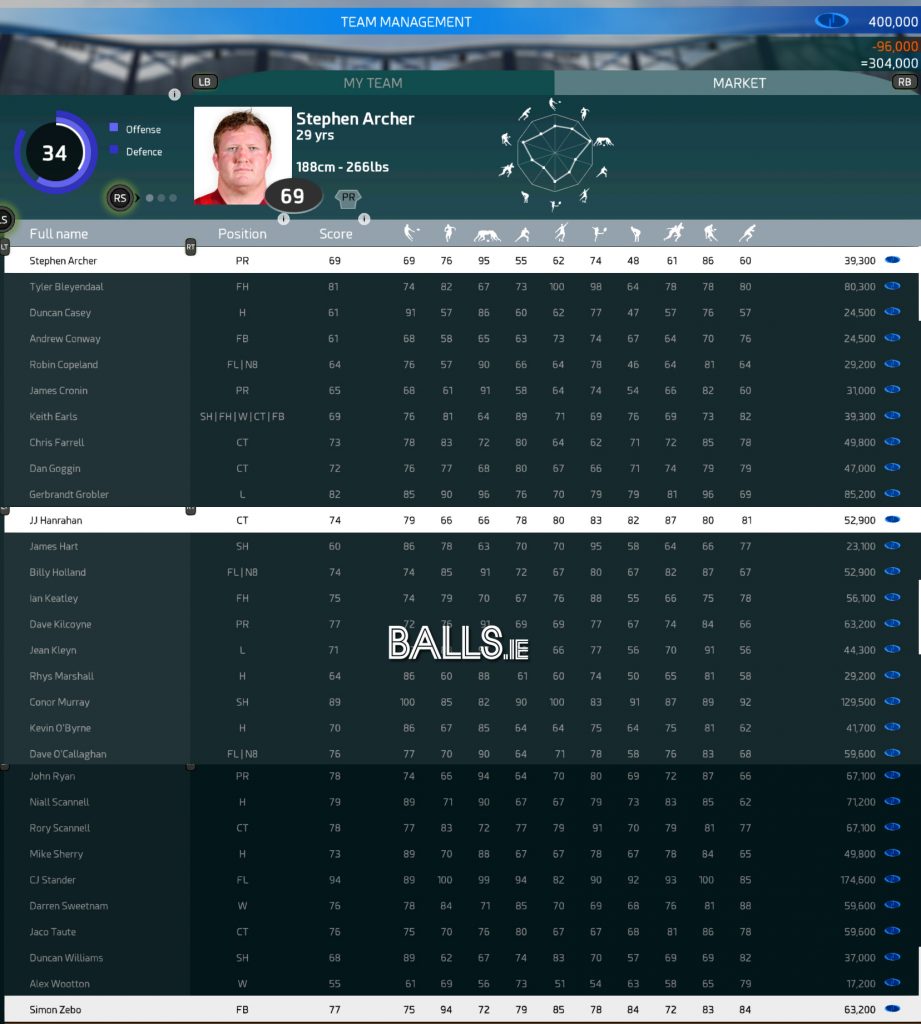 Wow. Zebo 77? Even that is seriously harsh.

Last but not least we have Ulster...

The most offensive ratings here are Craig Gilroy at 65 overall, Jacob Stockdale at 61, and Robbie Diack at 63. Like, lads, research! 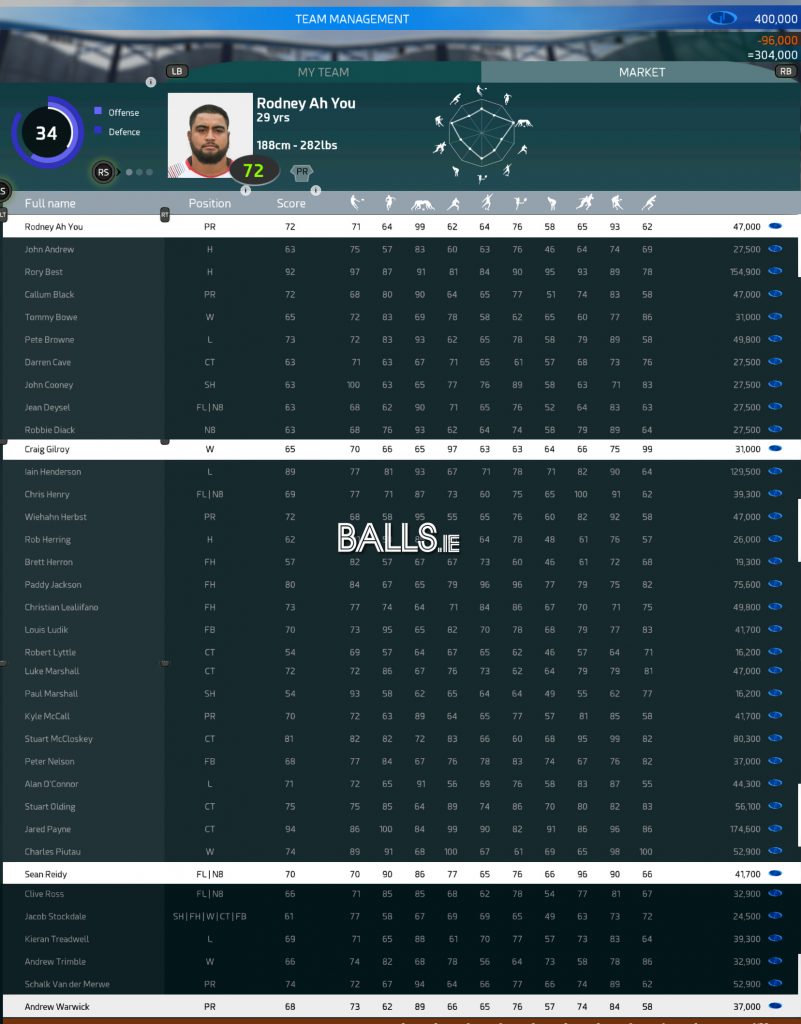 Again, that Jared Payne 94 overall sticks out like a sore thumb, and that's no disrespect to the Payne Train, it's just probably 10 or so too high.

So there you have it, the Irish players and provinces as rated on Rugby 18.

Keep your eyes peeled for more Rugby 18 content in the coming weeks, out of morbid curiosity more than anything.