Brexit & Irish Football: A Below The Radar Opportunity

Irish footballing history is intrinsically linked with our neighbours across the Irish Sea. Whether we like it or not, the English academy system has shaped our national team for almost as long it has been in existence.

There has been a traditional route that most of our best young players have taken, usually moving to English academies before they reach adulthood. We are far too often told about the success stories, how this system has produced top talents such as Robbie Keane, Liam Brady or Damien Duff.

What we don't hear about is the huge amount of teenagers who leave their homes at a young age, moving to a foreign country in the hope that they will overcome the odds and become an elite professional footballer. Inevitably, most of them don't.

In recent years, efforts have been made to lessen our dependance on the English system, including the National Development Leagues. While this has already made an impact, the progress has been slow.

However, it may now be pushed along by forces not only outside of Ireland, but outside of football altogether.

Brexit will have a huge impact on a number of aspects of British society, with football no exception. No longer part of the European Union's common market, players moving to the UK from the continent will now have to apply for a work permit under the same conditions as those from outside of the EU.

This will also affect their academy system. Essentially, 16 and 17-year olds from outside the country will no longer be able to move to an English football academy unless their parents also move with them for 'non-footballing reasons'. That includes Ireland.

It seems as though 16-year old Evan Ferguson's move from Bohemians to Brighton may be the last one of that nature that we see for some time. 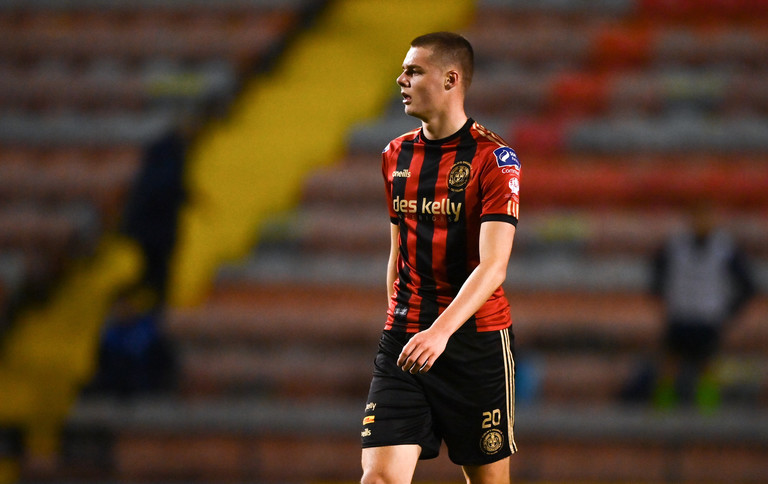 This will have a huge impact on Irish football.

The question is, what now? The system of youngsters moving to England has been so ingrained in our footballing psyche that any change will come as a massive culture shock. That may not be a bad thing.

Neal Horgan is a former Cork City player who has long been outspoken on the issue of Irish teenagers leaving their families and education behind in order to pursue a career in professional football abroad. Speaking to Balls, he said this an opportunity to reassess how we quantify 'success' in Irish football.

I think that has been revised to an extent by people in the game, but ultimately not to the extent that needs to happen.

My view is that we need to start measuring by the welfare of the game and the individual within the game in Ireland. Are we giving opportunities to guys and girls to become well-rounded and informed individuals as well as great sporting people?

The issues with a 16-year old moving to an English academy are obvious. Not yet even a legal adult, they leave their families and education behind in order to enter a cutthroat and ruthless industry.

While every young footballer who makes such a move believes that they are destined for the big time, the reality is often far different. Most return to Ireland without having made a career in professional. In fact, they often return as broken young men without a completed education, and unsure of their standing in life.

The ideal outcome to avoid this to a large extent is what Neal Horgan describes as the 'John O'Shea scenario'. O'Shea was pursued by every major club in the UK as a teenager, but opted to stay in Ireland and complete his Leaving Cert before any move.

Of course, such things are often easier said than done. It is incredibly difficult for both players and parents to turn down the advances of a Premier League club if they come knocking. One added benefit of the new system after Brexit is that this pressure may lessen somewhat.

Patrick Conliffe, who works as an FA Intermediary for Quantum Sports Management, told Balls that this may be hugely beneficial for some emerging Irish players:

I think it’s probably a good thing for those 16-year olds who at the moment aren’t top, top talents.

They might have a Championship or League One club offering a two year scholarship just to fill their quotas. They might think the kid is decent but not out of this world, hence Premier League clubs aren’t in for him.

He could sign a two-year scholarship, maybe end up at a club that don’t have an U23 setup, so ends up back in Ireland in two years time if he’s not good enough for the first team in England within 18 months.

For those players it could be good that they don’t have that option anymore. They can stay here, do their Leaving Cert, progress physically and mentally, and then be in a better position.

This piles the pressure on an Irish academy system that is still in it infancy.

Before the introduction of National Development Leagues a few years ago, there was no national league for elite talents in this country. Unless you played in the Dublin District Schoolboy League, you would usually miss out on the opportunity to consistently play against other elite talents.

This has now changed, but League of Ireland clubs still have a long way to go in catching up to the facilities available in other countries. It has also often created a divide between schoolboy football and League of Ireland clubs, with some unhappy that they are losing their best young players at a key stage in their development. 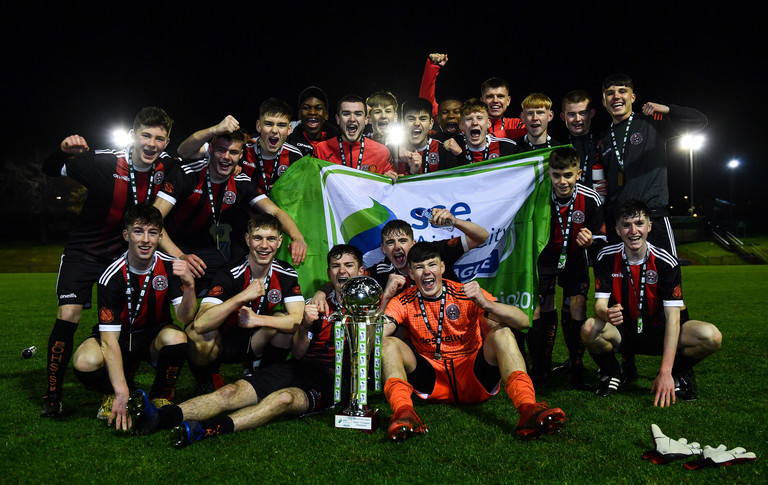 Some clubs, such as Bohemians and St Kevin's, have set up partnerships, with Neal Horgan feeling there needs to be more cooperation in this area.

I think there are problems with the academy system. My own personal feeling is that U13 is still very young.

Schoolboy football might feel a bit aggrieved with the way it has gone. I just feel that schoolboy football and League of Ireland football are positioned against each other for whatever reason. I think that ultimately is a problem for a young lad...

What you want is a realisation from the schoolboy club and League of Ireland club to work together on this. If they work together, they will get compensated for the players in a much fairer way than if they don’t.

Ultimately, that’s good for the system and the player.

Then again, despite the good work being done by many League of Ireland clubs, what is on offer in Ireland may not be enough for the very best talents in the country.

Being exposed to a high level of coaching between the ages of 16-18 can see a young footballer make huge strides in their development. Remaining in Ireland for this period may not be the best move for every single player, even if it is an overall strategy we should pursue.

With England now off limits for players in this age group, they may look a little bit further afield. We have already seen this with Shamrock Rovers starlet Kevin Zefi's move to Inter Milan. 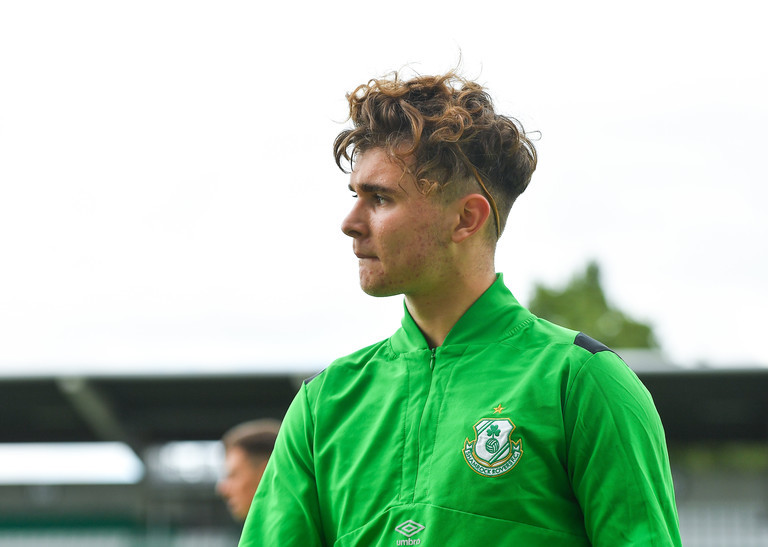 One of Patrick Conliffe's main roles in his job is to find the right moves for young players, and he believes that the elite crop of players in Ireland will now set their sights on academies on the continent.

For the top scholars, the likes of your Troy Parrotts or Adam Idahs in the past, the pressure is still going to be there to get moves to other parts of Europe...

We’ve been talking about this for a long time. We’ve been trying to open up channels in various countries like Belgium, Spain, Scandinavia, Germany. It doesn’t always have to be England.

I think it’s just a culture thing that we’re so close to England, the history, the language, but I think it’s got to change. I don’t see why a 16-year old Irish kid couldn’t play in any country in Europe, or even the USA.

I think it’ll definitely open up people’s horizons and bring some new options through. It has to really.

Even if the rule does come back and young players can go to England, I think they should still be looking at other countries because some Irish kids aren’t really suited to the English style.

Then again, there is another side to this Brexit scenario.

Due to the Common Travel Area, Irish players will not be subject to the same UK work permit conditions are players from the continent. Whereas lower end Premier League and Championship clubs used to recruit cheap talent from Europe, the likelihood is that many of those players will not qualify for visas, forcing clubs to cast their gaze westwards at Irish players.

Neal Horgan can certainly see more potential opportunities due to this loophole.

The top Premier League clubs can still pluck top level players from around the world. What you will see is a need for players in England at Championship level and below and in Scotland.

There will be more opportunities for Irish players that there have been since Jurgen Klinsmann moved to the Premiership!

This scenario could well offer the best of both worlds.

Irish players can remain at home, develop their game in the Irish system, and complete their education. Once they develop, they can get some first team football in the League of Ireland, at which point it will not be long before they attract the attentions of English clubs.

If executed correctly, this could offer exactly what we want in terms of developing both well-rounded footballers and well-rounded people.

In a sense, the system is not really changing, but instead evolving. While 16-year olds will no longer be able to move, Brexit could open even more doors for those who have reached their 18th birthday. Now, it is up to the powers in Irish football to ensure these players are put in the best possible position to succeed. 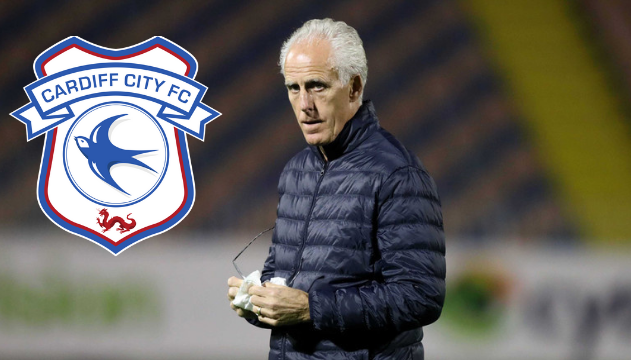