Republic of Ireland striker Sean Maguire has opened up on the 'freak' eye injury he suffered while in training with his club, Preston North End.

Maguire was recently sidelined after a ball struck him in the left eye during training.

"I went to take a shot during training and it hit a couple of players,” he told the Lancashire Evening Post.

I didn’t have a chance to react and close my eyes, the ball bounced up and hit me in the left eye, straight in the eyeball. I got up off the ground and Daniel Johnson was around me.

DJ was talking to me and I couldn’t see him, at that point I got the fright of my life. My right eye started to come back but when I put my hand over it, I couldn’t see out of the left one. I walked over to our physio Matt Jackson who took a look and knew that something was wrong. 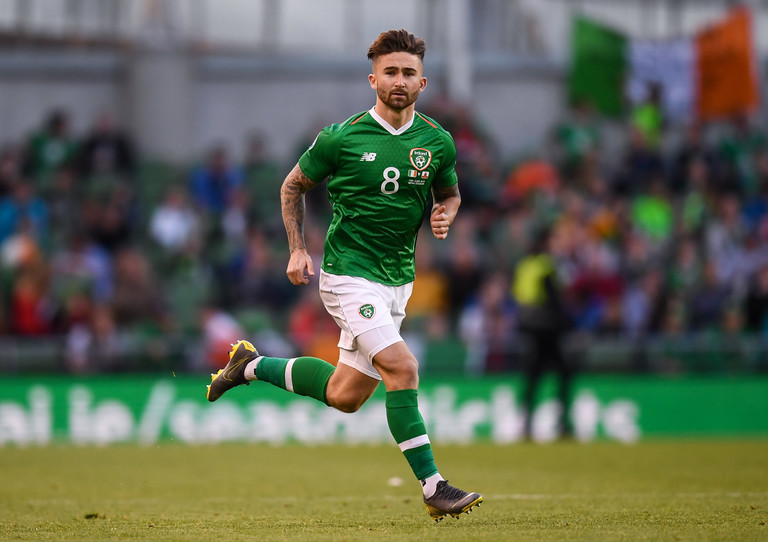 The 25-year old was brought to the hospital where they discovered the blood pressure was significantly higher in his left eye.

"He said I needed to go straight to hospital and that is when I started to panic and worry. Jacko wouldn’t have said we needed to go to the hospital straight away if it wasn’t serious.

“He was right, the blood pressure was four times higher in the left eye than it was in the right. Being hit by the ball had burst a few of the blood vessels.

“I just about had time to take my boots off and I was off to A&E at hospital. For the next five or six days, I was sat at home and couldn’t really see out of my left eye.

“I was over-thinking it probably but there was the possibility of me not being able to see out of that eye properly again."

Fortunately, Maguire visited a series of specialist and was told it was a mild case. He returned to training last week and scored in a 2-0 victory over Brentford.

Football
4 months ago
By Maurice Brosnan
'Players, Myself Included, Have To Step Up. It Hasn't Been Good Enough'
4