After some initial skepticism following Stephen Kenny's appointment as Republic of Ireland manager, the man has delivered in spades.

The World Cup in Qatar announced the arrival of a new birght era for the national senior side, a young team delivering above and beyond expectations by reaching the quarter-finals for only the second time in the country's history. That being said, many of the Irish contingent were suffering the effects of wandering the desert for a month looking for a drink and thus were unable to bring their carnival atmosphere to the Gulf state.

In Germany they have certainly made up for lost time, their beery revelry helping Kenny's team to march their way all the way to the final in Berlin. They're now a mere 90 minutes from the country's greatest triumph.

Of course there were a few incidents along the way, including the Stuttgart Affair, from which details are still emerging, a number of Irish fans reawakening the ghosts of 1988. And there was the fan by the name of Joxer Jr running out on to the pitch to kiss Kenny on the forehead after yet another famous victory.

Nevertheless, the Irish juggernaut continued - despite numerous other encounters with the Germans who took exception to the Irish erecting bronze statues of Ray Houghton in every city centre they graced.

Now that they're facing their date with destiny, this is the side we think Stephen Kenny will name.

The 37-year-old is still soldiering away, though he has announced that this will be his swansong in the Irish shirt. Despite the laws of physics the goalkeeper is ageing like the finest of wines and plays a crucial role in a side with an ultra-offensive approach to the game.

He has been immense throughout the tournament, as he has been in leading Middlesbrough to the Premier League and subsequently the Europa League,  and continues to be one of the first names down on the team sheet. Nobody quite knew whether he would fit into Kenny's system when he first arrived in 2020 but, as it turns out, he has thrived. He'll now be hoping for the perfect send-off.

After a few years competing with the battle-hardened Matt Doherty, O'Connor has finally usurped the veteran. Plenty of promise underage set the foundations and O'Connor has gone on to deliver in both the club and the international shirt. 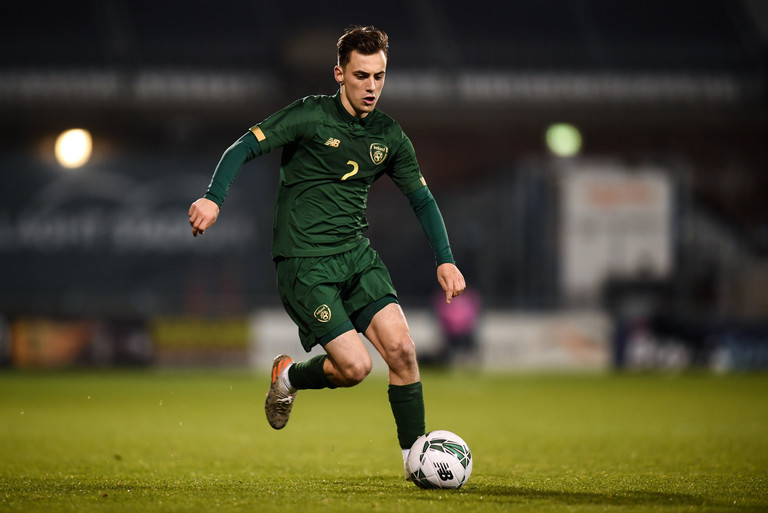 Back in the day Doherty was recognised as one of the most dangerous wing-backs in the Premier League but O'Connor has been lighting up Europe in much the same fashion. Excelling at Parkhead with Celtic preceded a stand-out season which saw the Hoops win the Europa League and the Waterford man is now one of the most sought-after defenders in the world.

From the moment he captained Stoke City as a baby-faced 18-year-old Irish fans knew there was something special about the Kildare youngster. He's still in the early stages of his career but his youthful exuberance, allied with the experience of his centre-half partner, provides the side with a perfect sense of balance.

It's an area of the pitch where the side boasts an embarrassment of riches, yet Collins has cemented his position. His ability in the air, too, offers the side with another valuable outlet from set-pieces. Indeed after the Potters were relegated to League One, Collins won back-to-back Player of the Year awards as the club won consecutive promotions to get back into the Premier League under the management of former Irish player James McClean.

The Corkman has thrived in his role as captain ever since he took the armband from Seamus Coleman after the World Cup. Of course this should come as no surprise as the Sheffield United player famously captained the Irish side under Mick McCarthy in his debut back in 2019. 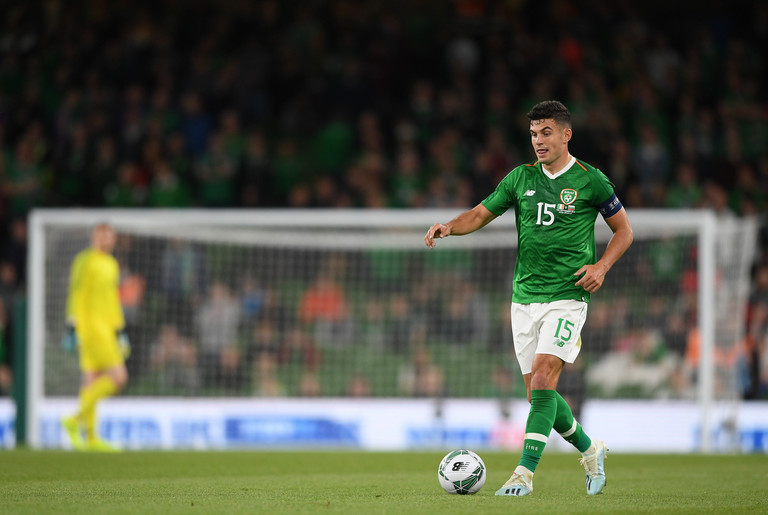 Like Chris Wilder, his manager at Bramall Lane, Egan has stuck with the Blades since they were promoted to the Premier League before the start of the 2019-20 season. Their rise has been phenomenal, culminating in a run to the Champions League semi-finals the season just gone. Victory at the Olympiastadion, however,  would be his greatest victory yet.

There's a long line of Irish midfielders and wingers who have been converted into full-backs - Kevin Kilbane, Robbie Brady, James McClean to name just a few. But none of them have proved as successful as th3 Dubliner who has been explosive down the left wing ever since he was slotted into the position.

It became apparent during his time with Kenny's underage teams that Elbouzedi was Kenny's got-to man,  his Mr Dependable. His sublime solo effort in the semi-final against France brought back memories of Diego Maradona against England in 1986.

Everything goes through Jayson Molumby. If you want to shut down the Irish you take out the Cappoquin man, though that has proved easier said than done. His ability to pick out a pass and escape tight spaces is peerless. 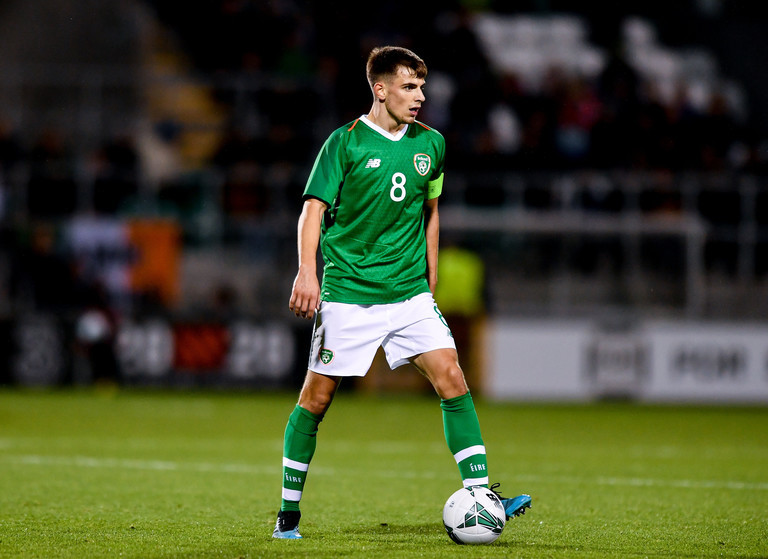 Along with Randolph he's the only man to have played every minute of the tournament so far - he's simply that important. With talent in abundance around him he has an immensity of options and can switch the attack at any given moment. Nobody can spray the ball around the park like Molumby.

He's still growing as a player but already he's proven that he's a wizard on the pitch, even among the star-studded elite at Man City. Any man that is consistently keeping Phil Foden out of the team at the Etihad demands respect.

The winner of the PFA Young Player of the Year award is being heavily linked with Barcelona who are struggling to deal with Lionel Messi's surprise departure in 2021. Since then they have been languishing mid-table in La Liga. Hodge may just be the answer to their prayers once the small matter of this weekend's final is out of the way.

It took the Ballybough man a while to get going but he's finally realising his potential. There was uproar when Byrne made the decision to join Jose Mourinho's Tottenham back in January 2020, many claiming it would be detrimental to his career. But who could have a guessed the brief hiatus from a managerial post after he left Old Trafford would see the Portuguese manager alter his philosophy. 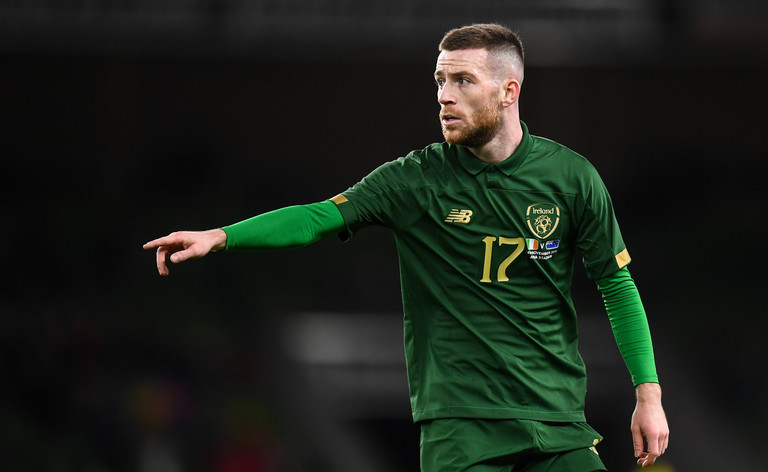 Tottenham have become the most exciting team to watch in the Premier League under Mourinho and Byrne has already became a club legend. The vice-captain of the side is now one of the first names on Kenny's team sheet.

When Kenny first came on the scene there was some uncertainty surrounding Robsinson. The new manager had worked with a number of highly promising attacking players with the under-21 squad and Robinson was struggling to nail down a starting position with the senior side.

But Robinson has thrived under Kenny's tutelage, going on to be named in successive PFA Teams of the Year. Over the last three years he has scored 40 goals in the Premier League. He hasn't been as prolific for the Irish side, though he slots in as more of a creator for the Boys in Green.

Everybody remembers when the Galwegian burst on to the scene with a braces of goals as a 19-year-old against Tottenham. Since then he has gone on a tour of Europe, never staying beyond a season at any club. And yet, he's excelled everywhere he has gone. Thus far in his career, he has won Serie A, Bundesliga and La Liga titles. 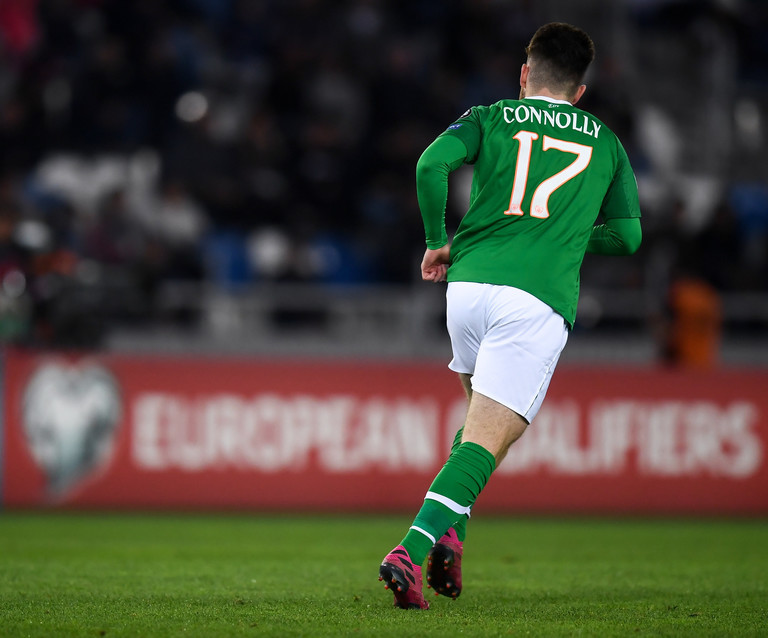 There is intense speculation that he could return to the Premier League next season as Liverpool aim to win a historic five-in-a-row. In the green jersey he has been just as influential and already seems like a shoe-in for Player of the Tournament.

Since his early days at Bayern Munich where a blistering start to his Bundesliga career saw him usurp Robert Lewandowski. That led to the Munich-gate which eventually led to the Polish man's exit from the club. It was left to a young 17-year-old Parrott to lead the line and he has excelled ever since, becoming the Bundesliga's Golden Boot award every year for the past four years.

He has been unstoppable for Kenny's side, too, and is already closing in on Robbie Keane's crown as all-time record goalscorer despite still being in his early-twenties. Expect another three or four goals from the Dubliner in the final.