Here's Every Irish Move Of The Transfer Window, And The Ones That Didn't Happen

Even the most jaded football fan will agree the summer transfer window was a dramatic one, though perhaps not as dramatic as the TV talking heads were constantly telling us last night as we entered the uniquely mad final hours of Transfer Deadline Day.

In the end, the two biggest names of their generation both moved on during the window, while Kylian Mbappé and Harry Kane stayed put, whether they liked it or not. Barcelona replaced Antoine Griezmann and Leo Messi with a 31-year-old lad who used to play for Newcastle, while Liverpool decided new contracts were the only signings they needed. Manchester United and Chelsea made some serious noise, and Man City still don't have a striker that Pep Guardiola actually rates.

For Irish players, it was a busy window too, even it wasn't quite grabbing the same kind of Sky Sports News headlines as the Big Six circus.

For a number of players, moves were made in search of regular first team football. For others, there was a chance to get experience on loan, while several more where in search in fresh starts.

Unfortunately, quite a few also didn't get the move they were looking for to reignite their careers, and will have a few months of fighting for their place despite being out of favour. A few more have been left on the shelf entirely, but may well still pick up gigs with free agents free to sign for clubs outside of the transfer window.

We have organised the moves into a number of different categories. Some have taken major steps up, others have moved to lesser clubs, while quite a few have gone out on loan to get some vital first team experience.

For all the moves that did happen, and hopefully go well for players, there are a number of big name players who are left in a tough club situation for the foreseeable future.

Irish Transfers That Needed To Happen - But Didn't:

Only a year into his Tottenham career and it's hard to imagine things could have gone worse for Matt Doherty. With fans on his back, and having being passed in the pecking order by Japhet Tanganga, the arrival last night of Emerson Royal from Barcelona meant the Dubliner was on the chopping block.

When no suitable offers arrived, Spurs instead decided to cut ties with Serge Aurier, freeing the Ivorian international up for a move, while Doherty looks set to be third choice under his former Wolves manager Nuno Espirito Santo

Having been perhaps the top goalkeeper in the Championship with Middlesbrough, Randolph's return to West Ham to play behind Lucasz Fabianski already was a strange one. A year on, the Bray man is no longer even making the bench at the London Stadium, thanks to the arrival of Alphonse Areola from PSG.

It's cost him his place in the Irish squad, and we'd certainly have liked to see him move on this summer.

There wasn't much talk of a John Egan transfer this summer, and the player himself certainly didn't seem to be pushing for a move away from Bramall Lane.

And yet, Egan is clearly a Premier League level defender. We'd fancy him to force his way into most teams and it's a pity to see him stuck in the Championship for at least a season at 28 years of age.

Turning 35 in January in the last year of his contract, there's not a whole lot of time left for Shane Long to sit on a Premier League bench. Then again, he's forced himself back into plans after being written off many times before.

Still only 29, Jeff Hendrick's career needs a serious bolt of energy. Maligned by Newcastle fans throughout last season, he lost his place in the team and doesn't seem likely to get it back any time soon.

One wonders if a move to the Championship could have sparked something.

There was a sense that the Irish international had outgrown St Mirren this summer. A move to Middlesbrough looked likely at one stage, but it was Hibs who almost got over the line, but couldn't get the deal over the line in time for the SFA, leaving McGrath at St Mirren until at least January.

We feel Connell could have done with a loan move this season. The 20-year-old went on loan to Queen's Park last season and impressed, albeit in the third tier of Scottish football.

He's unlikely to feature much for Celtic this season and is in need of some first team football to develop.

Things haven't got very well for Jack Byrne at Apoel so far. Mick McCarthy being sacked before he arrived didn't help. Neither did a broken back. Out of favour at the start of the season, a move to McCarthy's Cardiff, or to the MLS has not yet materialised.

Of course, being Apoel, they've just sacked their manager, so perhaps there's a chance for Byrne to flourish in Cyprus yet.

There's still time for unattached players to be picked up throughout the season. 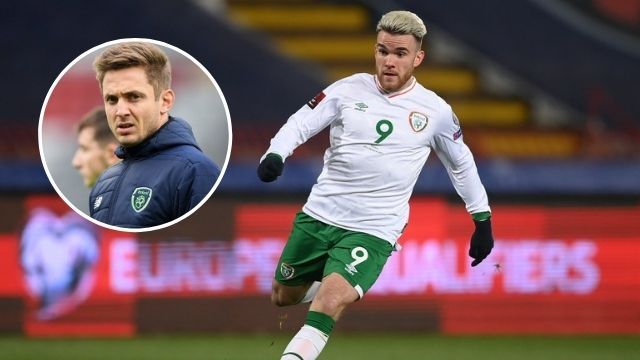