Cillian Sheridan can no longer lay claim to being the only Irishman in the Champions League. Tonight, another Ireland native will be involved in the tournament.

Mayo man Damien MacGraith will grace the Nou Camp's hallowed ground as an assistant referee for Barcelona's Group F clash with Dutch champions Ajax. The 34-year-old is a secondary school teacher by trade but has been reffing for over 12 years. MacGraith is a vastly experienced ref, having officiated matches in the SSE Airtricity League, Euro qualifiers, the Europa League and the Champions League during his career.

Here's a photo of MacGriath with a cheerful looking line-up of officials before a Europa League clash last season. He's on the far right. 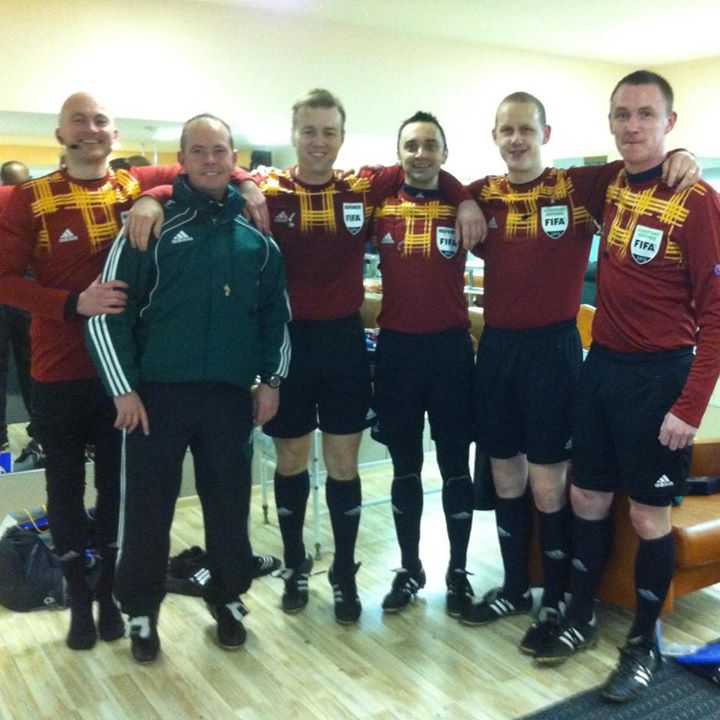