It Appears Brighton Fans Are Losing Patience With Aaron Connolly

Though the latest injury lay-off for Aaron Connolly could come to an end tomorrow, some Brighton fans have lost patience with the Irishman after another stop-start start to the season with the Seagulls.

In fact, one Brighton fan blog took issue with Connolly in quite a hostile manner this week.

It's no secret that Aaron Connolly has been struggling both for form and for fitness recently, with another brief spell on the sidelines following Ireland's draw with Azerbaijan earlier this month. Connolly has one Premier League appearance for Brighton this season: a second-half cameo for an injured Neil Maupay where Connolly could not convert a number of gilt-edged chances.

Last Saturday, Connolly was allegedly spotted on a deleted Instagram story post on a day out with Love Islander Lucinda Stafford, on the same day Brighton took on Brentford in the Premier League.

That appearance - unfairly, one might argue - sparked quite a frustrated post from one of Brighton's leading blogs. WeAreBrighton said that fans are becoming increasingly frustrated by Connolly's injury lay-offs - and his attitude, saying 'that many have given up on him'.

Manager Graham Potter has shown faith in Connolly and kept him in the Brighton squad, but it appears Brighton supporters have lost patience with the Galway man.

It must be said the post is written in some of the most hyperbolic language we can remember. For example:

It feels like he could be announced as the Taliban’s head of government and Potter would still use his next press conference to say the matter had been dealt with internally and that Aaron Connolly deserves another chance to be reintegrated in the Brighton squad. Once he flies back from chairing a cabinet meeting in Kabul.

Where Connolly's Ireland teammate Shane Duffy has found rejuvenation at Brighton this year, Connolly has barely seen the field - and, by the looks of things, Brighton fans are starting to tire of waiting for him to hit the form we know he has the potential to hit.

It's a frustration that many Ireland fans share. We all saw the potential when Connolly took his famous brace against Spurs and in flashes with Ireland. He's struggled to reach those heights since, but he's only 21-years-old.

Indeed, the blog itself makes note of Connolly's potential. We Are Brighton, despite slating the 21-year-old throughout the post, still acknowledge his raw ability, and say that it is that underlying talent that makes his inconsistencies so frustrating.

Connolly has natural ability. You do not score two goals on your full debut against Spurs without it. His performance that afternoon as Mauricio Pochettino looked on dumbstruck from the away dugout was reminiscent of a young Wayne Rooney.

The pace, the power, the willingness to take on an early shot catching everyone by surprise as he did for his second goal. It was all there. Not many players fresh out of the Brighton academy have made the instant impact Aaron Connolly did.

Brighton fans are not alone in hoping for a turn in form from Aaron Connolly - Stephen Kenny will need his forwards firing on all cylinders for October and November's World Cup qualifiers against Azerbaijan, Luxembourg, and Portugal.

SEE ALSO: A Tribute To The Magnificently Mental Goalkeeper Jerseys Of The 90s 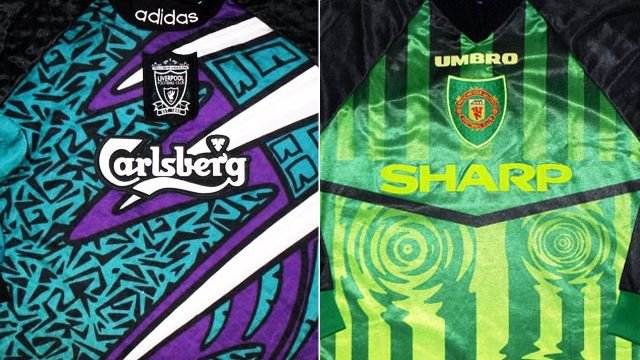 Football
4 months ago
By Gary Connaughton
Aaron Connolly Admits Criticism Has Affected Him After Brighton Departure
Football
4 months ago
By Gary Connaughton
Graham Potter Non-Committal On Aaron Connolly Future Ahead Of Loan Move
Football
5 months ago
By Jonathan Browne
Stephen Kenny Extols The Value Of Loan Spells For His Young Players
Popular on Balls
The Rewind
3 days ago
By Eoin Harrington
Watch: Brilliant Dermot Morgan Dublin Segment From 'The Travel Show' Resurfaces
Rugby
2 days ago
By Colman Stanley
'That Pace, That Intensity, That Organisation' All Black Legend Has High Praise For Leinster
GAA
2 days ago
By PJ Browne
John Kiely Furious Over 'Two Pundits Talking Nonsense' About Limerick
GAA
2 days ago
By PJ Browne
Cusack Has Little Sympathy For Gearoid Hegarty After Red Card